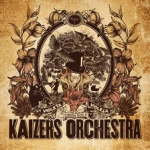 Kaizers Orchestra are one of Norways biggest musical exports and are in the process of writing the concluding album of their momentous Violeta Violets trilogy. Here Louder Than War writer Elisabeth Robson reviews the first two albums & previews the third.

The concept album is not a new concept. We thought the concept of “The Concept”Â was a 1970’s prog-rock fossil, long ago buried with the last ditch attempts of The Who’s Quadrophenia – waving bunting and flags and kicking and screaming while the first handfuls of dirt were unceremoniously chucked into the grave. However, the concept album done well, and in a thoroughly original, modern and stylish way is truly mesmerising. Since 2000, the prolific Norwegian 6-piece mayhem machine Kaizers Orchestra, have been winning hearts, and many new fans worldwide, with their totally unique sound (some would say “the missing genre”Â), enigmatic charm, and riotous live concerts. Who needs to understand Norwegian? You don’t. Somehow, you get it.

Celebrating their 10th anniversary with The Violeta Trilogy is a good way to get some world wide attention. Main composer and front man Janove Ottesen has the visionary skill to incorporate the unique Kaizers sound with blends of ”Ëœoompa punk’, circus music, driving guitar and beautiful melodies – mashing it all up to produce pure heaven.

The story centres around young Violeta and her parents Beatrice and Kenneth. Kenneth abducts Violeta; Beatrice goes mad, drinks a lot of vodka and sets her wedding dress on fire while still wearing it. She puts out the flames with the 7 buckets of tears she has been collecting over the years, and vows revenge on Kenneth.

Kaizers Orchestra take you on a 10-track demonic rollercoaster ride of uncertainty ”â€œ you don’t know where the fuck you’re going, but this sure as hell is a fun ride! Songs that are separately unique somehow come together to form a complete unit. Diamant til kull (Diamonds to Coal) is a contemporary rock song with a beguiling chorus and ominous strings. Din kjole lukter bensin, mor (Your Dress Smells of Petrol, Mother) is purely awesome. You don’t understand the words, but you sing along regardless. En for orgelet, en for meg (One for the organ, one for me) takes you to the carnival where Tom Waits is the main attraction ”â€œ and has a rap for the middle 8. Rapping? Yup. It works. Hjerteknuser (Heartbreaker), undoubtedly the most beautiful love song ever written, even if it is meant from a father to his daughter ”â€œ “You and me are the same, like two drops of water”Â.

Vol I concludes with Sju bÃƒÂ¸tter tÃƒÂ¥rer er nok, Beatrice (Seven buckets of tears are enough, Beatrice) ”â€œ a narrative of the most exceptional song writing skill and splendour ”â€œ crescendos to a cavalcade of chilling spins, jingles, jangles and clatters. This is more than a simple rock song ”â€œ Kaizers Orchestra have managed to re-write the book on what rock and sound should encompass. 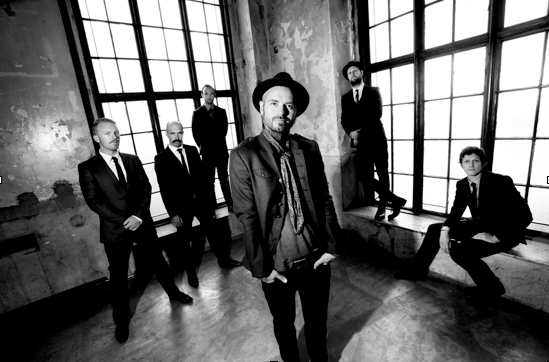 Volume II continues the saga but with a much more conventional rock-based sound ”â€œ this is unusual for Kaizers Orchestra, who seem to be raising the bar on how much they can bend and shape time-honoured guitar-rock with their own innovative sound. More than obvious traces of Bowie are present in the dynamic Domino, and The Beatles, amidst their trademark percussion – the resonance produced by beating crowbars against oil barrels and steel tyre rims, generate songs like Stov og sand (Dust and sand), a re-invention of 8 bar R&B, Tusen drÃƒÂ¥per regn (A thousand drops of rain), on the surface mundane but very rhythmically appealing, and DrÃƒÂ¸m videre, Violeta (Dream on, Violeta), the album’s main ballad-type song. Den romantiske tragedien (The romantic tragedy) ”â€œ another opportunity to examine and ponder Kaizers’ quizzical ability to pull heartstrings with unique sound and beguiling Norwegian language.

Volume III (official release in Norway, November 2012) was composed especially for symphony orchestra, and is rumoured to be like nothing we’ve ever heard ”â€œ an album of 7 minute epic sagas that will emulsify the beautiful and disturbingly dysfunctional story. But as Ottesen says: “There is no beginning and there is no end to Violeta”Â.

You can find more info at the bands website. Clicking this link should open the googly translated version of the websites home page.