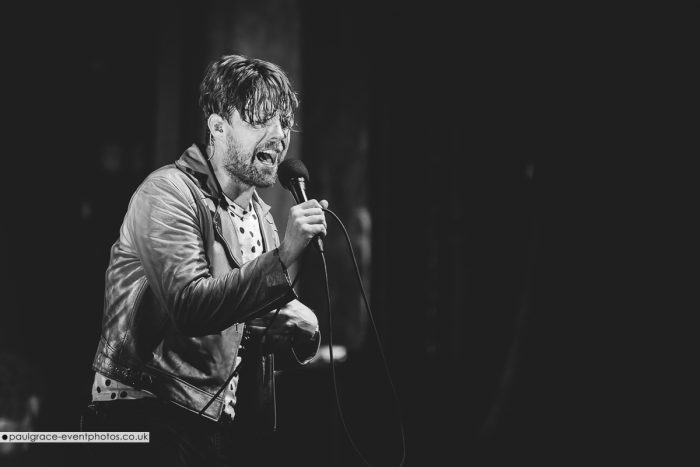 “You can’t dry your nuts with a Dyson Airblade!”, yells comedian Andrew O’Neill, who does a sterling job warming up the crowd ahead of tonight’s Kaiser Chiefs headline show.

The ‘Chiefs are taking a break from a busy summer festival circuit, and are in town for a one off fan club party in London’s swanky Palladium theatre; a venue traditionally reserved for plays and musicals but which, luckily for us, is increasingly adding live music to its schedule.

My god this place is posh – red velvet seats, incredibly attentive ushers, and there are even champagne ice pops on sale.

At 9pm, and with razor sharp punctuality, the Kaiser Chiefs hit the stage. They’re on top form tonight – fun, tight and vibrant – everything you’d expect from a stadium sized band. We get all the oldies (‘Ruby’, ‘I Predict A Riot’), along with a preview selection of tracks from their forthcoming new album, Stay Together. Latest single, the pop-tastic ‘Parachute’, sounds particularly huge with its anthemic chorus and lush synth pads – an exciting taste of things to come, and clear evidence that their collaboration with Producer Brian Higgins (Pet Shop Boys, Girls Aloud) has been time very well spent. 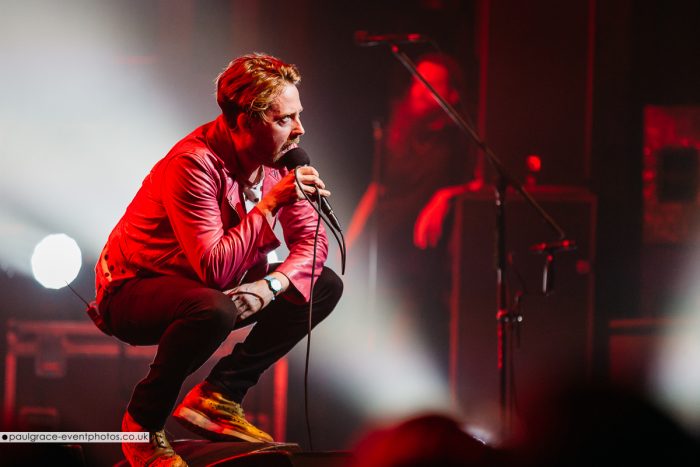 Ricky Wilson looks every bit the nouveau indie-pop singer in raspberry pink leather jacket, skinny black jeans and floppy fringe. His energy is plentiful and infectious as he bounces around the stage and dangles from the set scaffolding. He jokes that in “20 years I’ll be playing Buttons in Aladdin!”, and judging from his pantomime-esque audience rapport (frequent bouts of chanting and synchronised arm waving), he possesses all the essential skills. 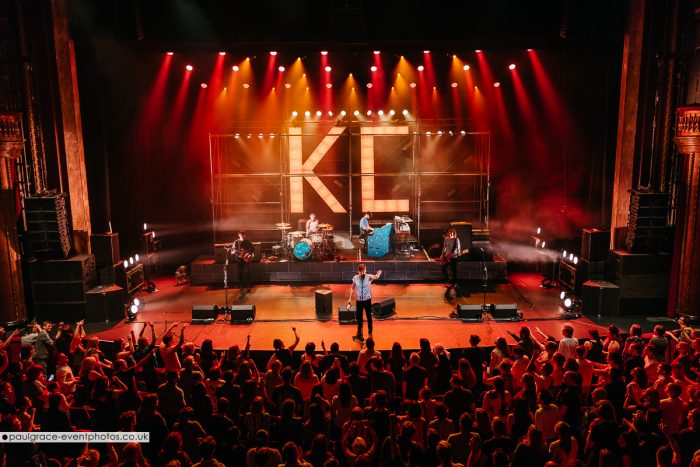 It’s pretty much a perfect pop-rock set with the only very minor downside being their performance feels perhaps a little “safe”. Granted there are hefty doses of ad-lib but even these feel slightly predictable. It would have been nice to see a bit more risk; a glimpse of that riot they predicted, but I guess there’s a limit to how far you can push things in a theatre which has hosted the Royal Variety Performance. Ultimately though this is a fan club show and the reaction they receive from their loyal following is impressive and, at times, deafening.

Tonight’s highlights come in the form of a rousing cover of The Who’s ‘Pinball Wizard’, along with final track of the night – the song that started it all; ‘Oh My God’. Kaiser Chiefs’ final exit is punctuated with a rainbow blizzard of colourful confetti, and they leave the room full of very satisfied looking fans. Job well and truly done!