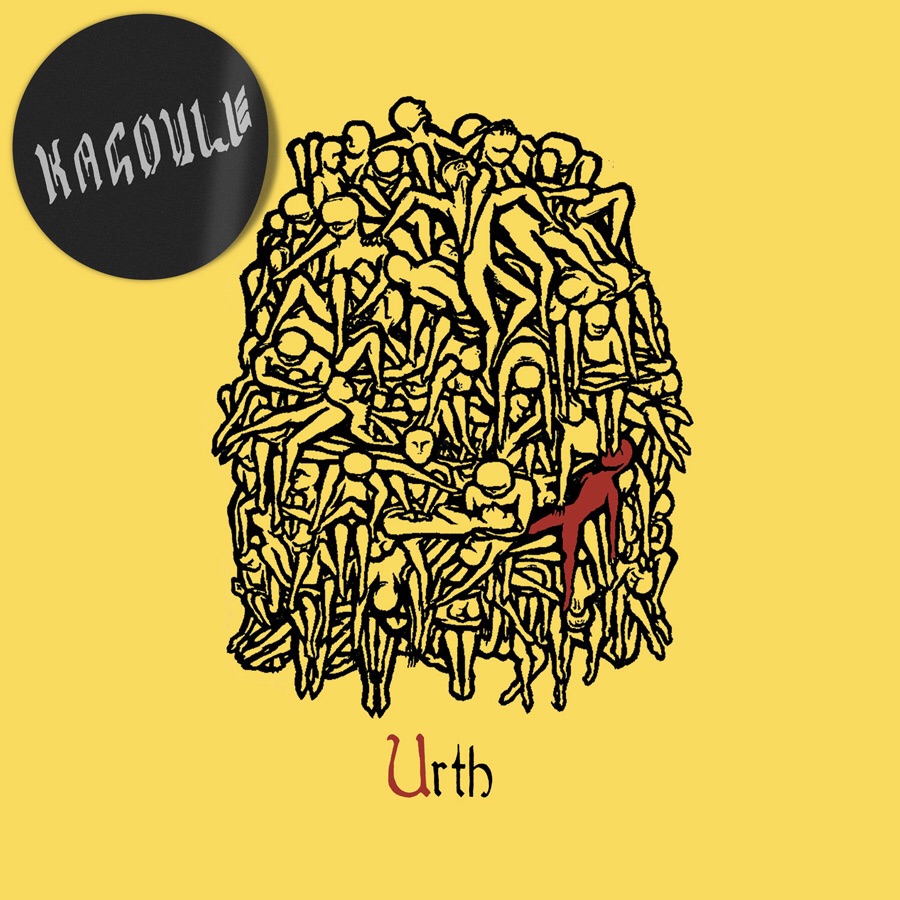 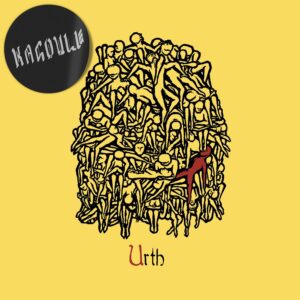 As the hotly tipped Nottingham three piece unleash their debut album on the world, Louder Than War’s Stephen Murphy is left more than a little gobsmacked by how good it is.

A few years ago, I had the please of interviewing Pete Fletcher – one of the producers on Kagoules debut album, Urth. The interview was set up to talk about his record label, Denizen, and one of the bands on its roster who’d just released a single. Every time I asked about the band I wanted to talk about though, Pete would switch the conversation around and tell me about a wildly talented group of youngsters he’d been working with in the studio. Like a wide eyed zealot, Pete assured me that this three piece were going to be big; monstrous big, and that I should really check them out. The band he was talking about was of course Kagoule.

Was Pete Fletcher correct in his assertion about Kagoule? Wildly talented and soon to be massive? Well, with a reputation as a blow-your-ears-clean-off live act, some recent high profile gig support slots (Johnny Marr for fucks sake!), and a steady drip feed of very impressive singles, it would appear that the answer is a resounding yes! However, the final piece of the puzzle is whether their debut LP is up to snuff.

With so many talented musicians having disappeared into the void because of a sub-par first long player, can Kagoule be one of those acts who actually live up to all their initial promise, and deliver something memorably special?

The first two tracks on Urth – Gush and Adjust the Way – immediately clear away any fear and doubt about whether Kagoule’s debut will be anything other than a gorgeous, big bastard brick-shit-house of a record – an album that’ll deliciously box your ears by day, and soundtrack your sweaty fevered dreams by night.
Both songs set out the band’s stall perfectly, with spine pounding, rectum tingling bass lines, guitar hooks that could separate skin from muscle and drums that sound like they’re trying to pound their way to the centre of the earth. All those components combine to create tunes that wriggle and writhe like an angry, oiled up cat, and with half whispered vocals and occasional bursts of boy/girl harmonies courtesy of front man and guitarist Cai Burns and bassist Lucy Hatter, Gush and Adjust the Way are a perfect introduction to the world of Kagoule.

Things continue apace with Glue and Damp Sand. Both tracks utilise familiar early 90s US alt-rock tropes, but somehow manage to twist them into something contemporary and also a bit weird. It’s how I’d imagine listening to Nirvana on a rocket to the fucking moon whilst in the throes of an acid trip, with a monkey co-pilot shitting on the floor would sound, and if anyone from NASA is reading, and would like to test this theory – I am available.

Empty Mug continues this twisted take on American alternative music with a million-miles-a-minute homage to Daydream Nation era Sonic Youth. Like the sound of a sweaty panic attack condensed into two and a bit minutes, it’s the very essence of what music should strive to be and do. Let’s face it, listening to Little Mix or Ed Sheeran is never going to make you want to hurl yourself around the dance floor like a drunk bison, or punch a door because your over-stimulated brain is about to explode.

Somehow, quality control is maintained over the full length of Urth, but despite being an album where track after track is fighting to be your new favourite, there are two songs in-particular that you will undoubtedly keep coming back to – Made of Concrete and It Knows It.

With bassist Lucy Hatter taking over singing duties completely, Made of Concrete has a dark beauty that’s impossible to ignore or indeed resist. Whilst perhaps slower paced than the rest of album, the jagged, grindingly rhythmic quality of the song, gives it a sense of danger akin to trying to tickle a hungry lions tummy. You know it’s going to end badly, but look, look at the furry tum tum! How so much longing and tension can be crammed into such a short song, I just don’t know, but it’s not just the best song on the LP, but one of the best songs of the year.

All things end, and Urth does so on a massive high. Whilst Made in Concrete may the album’s emotional high point, It Knows It finishes proceedings with the equivalent of an end-of-the-world fireworks display. Drummer Laurence English sounds like he’s trying to turn his drum kit to dust, Lucy Hatters’ bass wibbles and wobbles like a drunken sailer; and all the while, Cai Burns uses his guitar like a fucking weapon of sonic doom. A fitting end then to a debut record, that all-in-all is something to be treasured, and should see Kagoule become big; monstrous big. Pete, you were so, so right..

Urth can be pre-ordered from here.