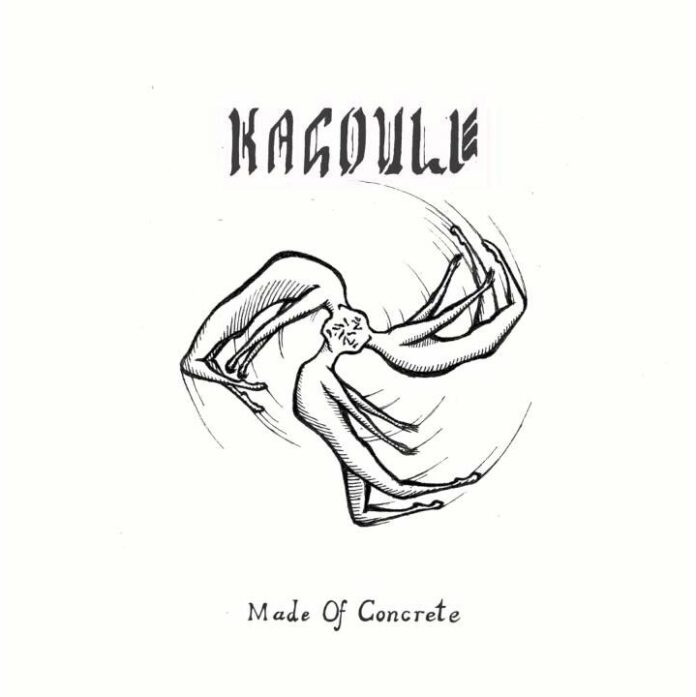 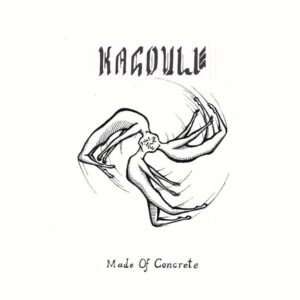 Kagoule: Made of Concrete (Earache Records)

With their highly anticipated debut album, Urth, out next month, Louder Than War’s Stephen Murphy has a listen to Kagoule’s new single – Made of Concrete.

Kagoule were a Louder Than War ‘new band of the day’ back in 2013. Since then, the buzz surrounding this Nottingham three piece has just grown and grown in intensity.

With some high profile gig support slots for the likes of Sebadoh, Sleaford Mods, and Johnny Marr over the last twelve months, and the promise of a debut album that’ll leave listeners wild eyed and drooling with ear battered astonishment come August, the time of Kagoule has surely arrived.

In preparation for the release of their freshmen LP, Urth, the band have just put out an appetiser in the form of Made of Concrete.

Clocking in at just over two and a half minutes, Made of Concrete makes full use of its short run time by winding around the innermost workings of your subconscious like a big bastard Python – refusing to let go, until you admit that it’s perhaps one the greatest things your ears have ever experienced.

With bassist Lucy Hatter taking over vocal duties on this occasion, Made of Concrete is a slinking, raggedly beautiful creation. Like crumbs in silk bed sheets, or a stone in your slippers, there’s a nagging sense of uneasy discomfort that weaves through the song, and it’s this tension between delicate, ethereal vocals and electrified barb wire guitars, that makes it something really very special. Think Cocteau Twins with decipherable lyrics and a little added sturm und drang, and you’re somewhere in the ballpark of how great Made of Concrete is.

Come August 21st and the release of Urth, I suspect Kagoule are going to go from being one of those bands that you’ve vaguely heard of, to one that you can’t stop gibbering and clucking about. Have a good, hard listen to this LP taster and prepare to hail the (prospective) new gods of left-field indie-pop-rock!

Urth is released on 21st August and can be pre-ordered from here.