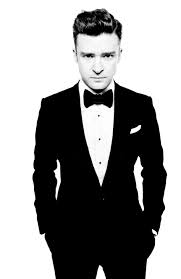 Most of the many gigs I attend are within the rock genre, but being open to all, when I had an opportunity to see Justin Timberlake playing a sold out show at O2 Arena I was intrigued enough to go…

Timberlake first appears in silhouette behind an impressive white backdrop.. then emerges on stage in a suit, his appearance almost reminiscent of Frank Sinatra.  Joined by a band, an impressive brass section and dancers, a show nothing short of spectacular followed.  For 2 1/2 hours he was not only continuously running, dancing and singing, but his warm, witty and frequent interaction with the extremely enthusiastic crowd actually made it feel like a vastly more intimate show to the 20,000 in attendance.  A perfect mixture of hits and new material made up the set followed by Elvis and Michael Jackson covers later in the show, which, by this time was taking place on a moving stage/walkway which ‘floated’ from the stage to the back of the arena with all involved still performing on it and with Timberlake running from one side to the other, sitting (sometimes precariously) on the ends literally less than a metre from the audience members – an unexpected bonus  for those in middle row side block seats!  Among many amazing and memorable moments, the most outstanding song of the night, was ‘Cry Me A River’ which was performed to a sea of iPhone torches twinkling in the dark… a song which was delivered with such emotion it almost felt like sitting with a friend telling you the story of their heartbreak.
More energy, excitement and ecstatic faces than I’ve seen at a live show for some time – from the both artist and crowd… along with what was possibly the best lighting show and amazing graphics on the screens.  This show was like a huge, fun, fabulous party that you don’t want to end.  Take away the floating stage and outstanding lights, Justin Timberlake himself made it what it was – his incredible vocals, dance skills, humour and dexterity playing so many different instruments during one set makes him the ultimate showman, in the best possible way.  This unexpected night out has made me a fan and will ensure next time JT’s in town – I’m there!  :-)