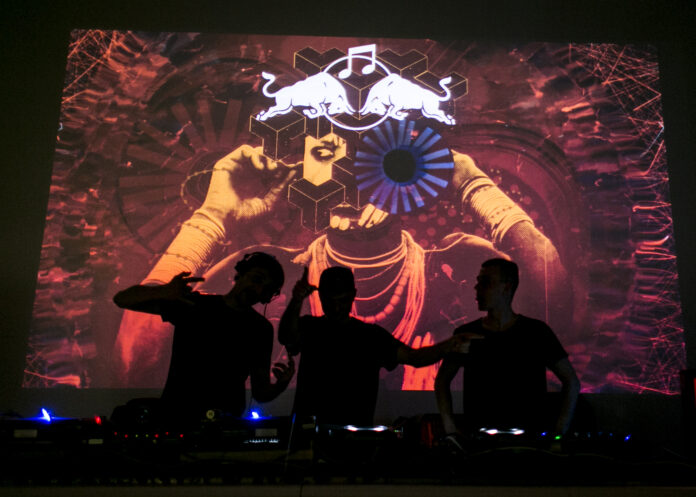 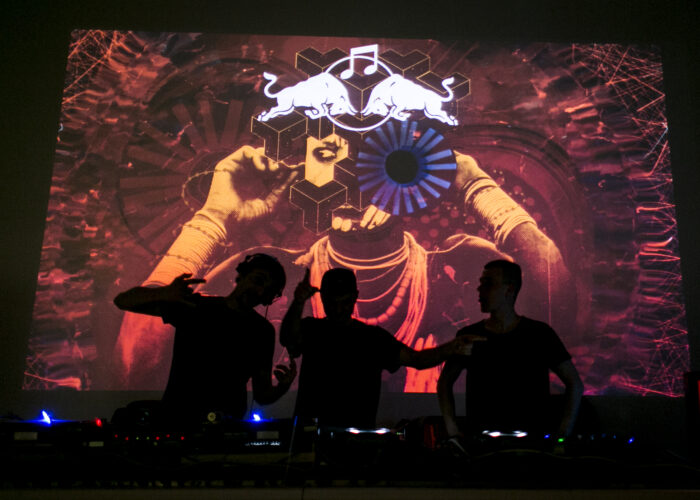 Philip Allen checks out another event on the Bristol leg of the Red Bull Music Academy’s UK Tour – this time the Just Jack | Altered States takeover or the city’s much loved Arnolfini art gallery.

Sunday Bank holiday is buzzing down by the harbourside at Bristol’s Arnofini where I am attending Just Jack’s takeover of the 3 tiered gallery. Unfortunately, the first and the third floor are closed, as is the small auditorium/cinema, which has become a cloak room for tonight’s altered state for the Techno lovers of Bristol, out in force to prove different surrounding can illicit different reactions from those present. Just Jack and the prolific DJ Koze provided the arena for an exploration of the Amygdala (a.k.a. the part of the brain responsible for autonomic responses) and emotional language within hidden energy fields: an experiment that puts H. G. Wells’ imagination to shame.

Face painting is available for those wanting to become chameleon-like among the psychedelic projects covering the walls of the gallery, whilst besides the main stage was the Royal Society Research Fellow, Dr. David Glowacki, and his team of experts in Danceroom Spectroscopy provided a large-scale, interactive molecular dynamics experience, using 3D video technology alongside a custom-built supercomputer to interpret the emotional and spiritual energy fields hidden. The audience used their energy fields to steer a rigorous molecular physics simulation, and generate visualisations and soundscapes in real-time.

Techno from German DJ Koze boomed out until four am proving that these sorts of mash-ups create a very special environment for the people to interact with the music in a different way and see it reacting in real time was impressive. Yet another amazing night from the Red Bull team who have been pulling off incredible things all weekend long. Next up…Giles Peterson Presents Lonnie Liston Smith at Bristol Planetarium.

All words by Philip Allen. More writing by Philip on Louder Than War can be found at hisauthor’s archive.