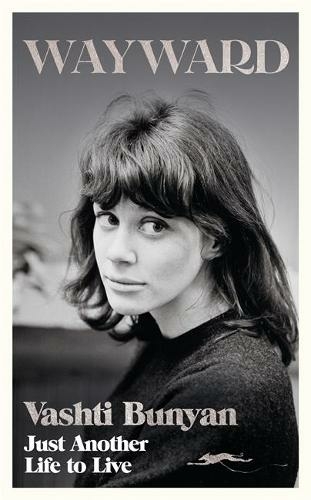 Wayward, Just Another Life to Live

Vashti Bunyan is an English singer-songwriter who had her first album Just Another Diamond Day released in 1970. The album wasn’t a success and she ditched her musical career. In 2000 the album became a cult item, it was re-released and she commenced her recording career after a 30-year hiatus, two more albums followed. Vashti has an amazing story to tell in her autobiography.

I have been waiting a long time for this memoir to appear. I first saw Vashti Bunyan at the Green Man Festival in 2007. She played on stage there and was also interviewed by Joe Boyd, her one-time producer. He’d put together the group of musicians who made her 1970 album, Just Another Diamond Day, so magical. They included Incredible String Band’s Robin Williamson and Fairport Convention’s Simon Nicol and Dave Swarbrick, with some arrangements by Robert Kirby.

Over that weekend at Green Man, I had the opportunity to talk to Vashti about her journey north in 1968, in an old horse-drawn baker’s van, chasing a dream of an alternative way of life and planning to join Donovan and his friends on Skye. By the time Vashti and her partner arrived, a year later, things had changed there, and they were no longer welcome. Coincidentally Donovan was also on the bill for that festival and was interviewed over the weekend. If I’d known then what I know now from reading Vashti’s memoir, I might have asked some more searching questions in the Q & A session.

Born in 1945, Vashti had a privileged post-war childhood, which was interrupted by her father’s ill health. Changing family fortunes and a personal search for meaning in her life led her to follow her heart and reject the expectations of her class and family. Along the way she became interested in music and songwriting and was introduced to Andrew Loog Oldham, who saw her potential as another Marianne Faithful. The sixties music scene imposed a different set of expectations on her as a young woman. In a fragile state, she turned her back on the world she knew and was expected to be part of and set off on a physical journey that took enormous amounts of courage and resilience.

Many years ago, around the same time as Vashti was heading north, an older friend, Tony Wilson, quoted Carlos Castaneda to me when I had a big life decision to make. ‘Follow the path with heart’. Vashti certainly did and so did he in a very different way. This physical journey and Vashti’s attempts to make a meaningful life for herself, her partner and their children is a kind of fairytale, with the twists and turns and perils you’d expect along the way. If you are familiar with Vashti’s music you will recognise that her strength is in her softness and fragility. The journey and her experiences inspired the songs she wrote for Just Another Diamond Day. Her music draws you in and requires you to listen attentively. This memoir works in the same understated way.

Having become disillusioned with the music scene, and deeply disappointed with the response to Just Another Diamond Day, Vashti Bunyan turned her back on a music career. Thirty years later, with the involvement of the internet, an audience began to take notice and rediscover her music. My teenage children were among those new fans and introduced me to her songs. She began to work with musicians associated with psych-folk music including Max Richter, Kieran Hebden, Joanna Newsom, Stephen Malkmus, Vetiver and Devendra Banhart.

I was thrilled to interview her in 2014 when she released Heartleap. When someone is described as ‘wayward’ I think of them having a rebellious and stubborn nature. For Vashti, who later discovered she has Romany in her DNA, it’s a determination to be true to herself and her beliefs. Her softness became a strength and her fragility transformed into resilience. Her music, which ironically was dismissed as uncommercial by the critics in 1970 became internationally loved when T mobile used Just Another Diamond Day for their commercial in 2006. This commercial success validated her songwriting and brought new opportunities and recognition.

This memoir also includes a selection of her lyrics, drawings and photos to illustrate her story, which reminds us that truth is often stranger than fiction.

The book can be purchased at all good bookstores.