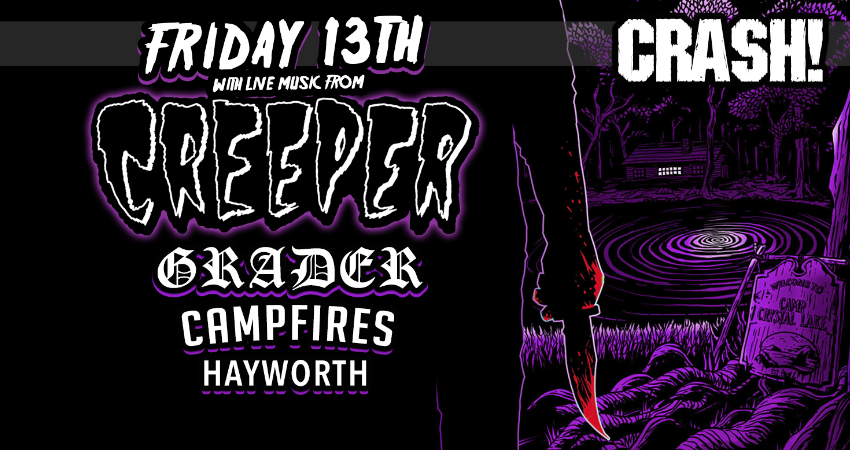 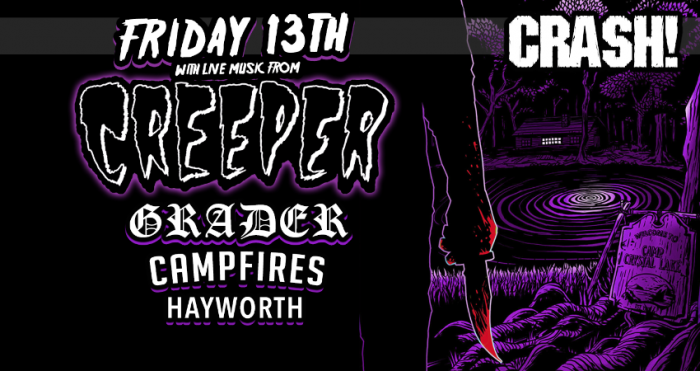 Aberdeen’s Underground Crash night goes live with not one, not two but four bands making this Friday 13th very lucky for some.

The three support acts at CRASH LIVE! will be playing to a home town crowd at The Underground. Hayworth, open the night, with some expertly delivered post hardcore punk rock. From the embers of Autumn In Disguise rose Campfires who have captured the fun and invigoration of pop-punk with an eclectic edge.

While Grader who, even though have both feet firmly placed in hardcore, do lean at times into an interesting melodic tone that carries some unexpectedly pleasant harmonies. When the band do shift gears to their heavier sound they do so with forceful confidence.

Don’t miss the chance to experience Creeper up close and personal while you still can.  Southampton’s finest bring their arena destined grandiose to where it’ll illuminate every one of Undergrounds dark nooks and crannies.

The band have just released a new video for Astral Projection, which is filled with video evidence of the energy, excitement and entertainment that Creeper always deliver.

Astral Projection is from Creeper’s latest EP The Stranger – which should be well represented in their set allowing Creeper to juggernaut their way skilfully through a magnitude of genres with a touch of everything from cabaret to opera with impressive thundering punk rock and pizazz throughout.

Creeper are nominated for Best British Newcomer at this year’s Kerrang Awards and will be appearing at Slam Dunk 2016 on the Kerrang Stage. More information about Creeper official website, Facebook page and Twitter were they tweet as @creepercultuk.