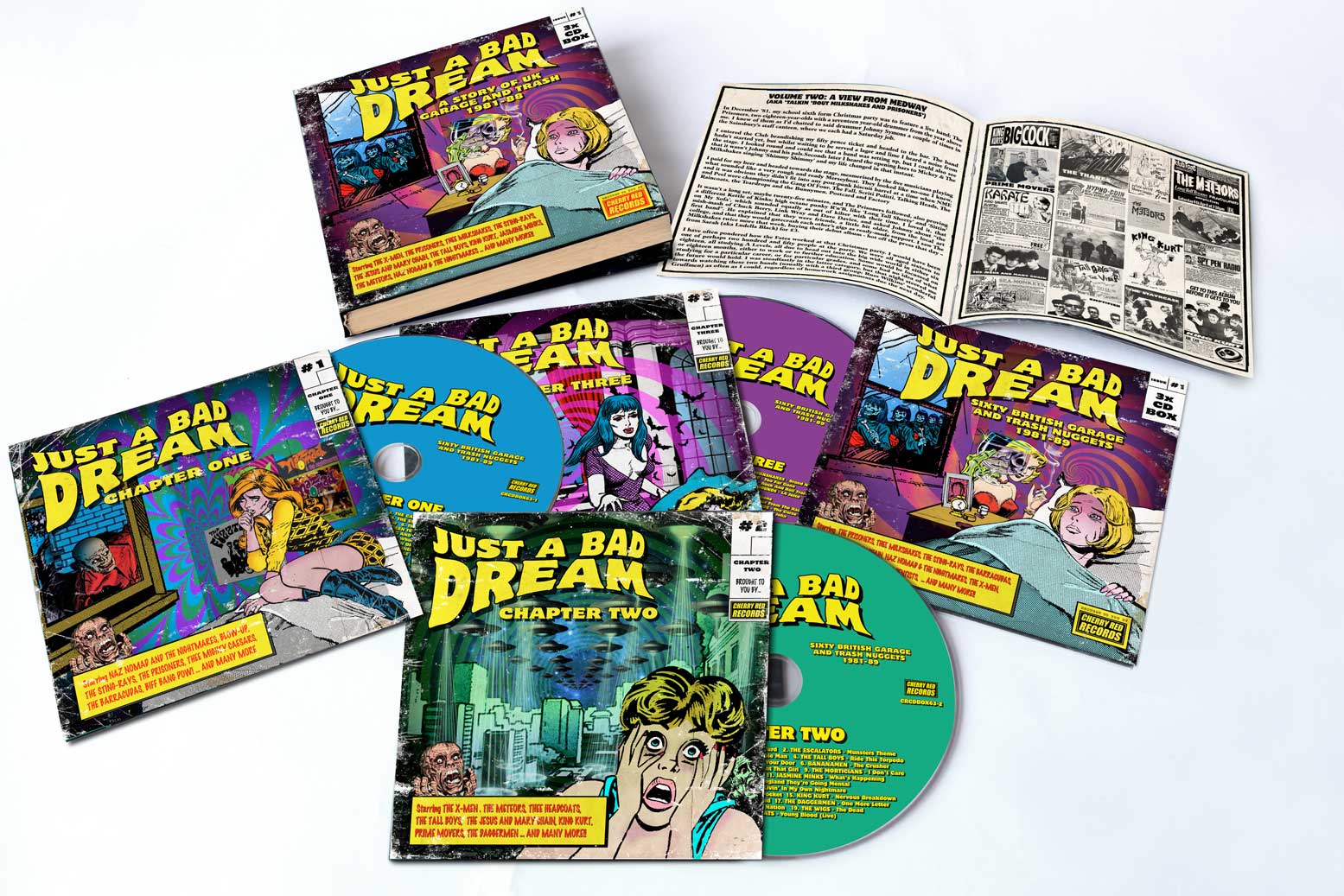 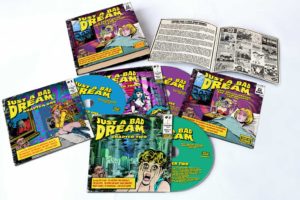 Cherry Red’s latest compilation brings together 60 blistering songs from the UK underground garage scene of the 1980s and is a must-have compilation for all lovers of that stripped back primitive sound.

At the turn of the 80s a generation of bands began to bubble in the underground rock ‘n’ roll scene in the UK. A group of musicians no doubt raised through their formative years on their parents’ record collections, brought up on a diet of British Invasion sounds, The Beatles, and the garage-psych sounds of inspired US bands like The Sonics. The rise of punk as they hit their adolescence infused them with a DIY spirit, three-chords-now-form-a-band attitude, and, as the old guard of punk bloated and faded, as the New Romantics took on the mainstream, a vast bunch of future garage upstarts kept the ideals and sounds alive. On this new compilation, Cherry Red have taken a snapshot of the bands that maintained the garage-trash sound throughout the 80s in the UK.

Naturally, the only place to start such a compilation is with Billy Childish, the nominal godfather of the inspirational Medway scene and the placement of Thee Mighty Ceasars’ Little By Little front and centre is no coincidence, and by no means the only time he surfaces across the three discs that contain sixty great garage tracks. A live version of Thee Headcoats’ Young Blood and Thee Milkshakes’ version of Vince Taylor’s Brand New Cadillac (of course made famous by The Clash) also make the cut. One could make an entire three disc compilation of Childish’s contributions, but there’s plenty more on offer on this compilation.

From within the Medway scene bands like The Prisoners and The Dentists feature, along with more proto-punk inspired Auntie Vegetable with their cover of The Yardbirds’ Stroll On, itself a rip of Tiny Bradshaw’s Train Kept A-Rollin’, seeing the rhythm and blues influence coming full circle. It’s clear that the bands were channelling their influences and stamping their own mark on what had gone before. However this compilation is by no means a Medway-focused indulgence as it casts its eye further across the UK. A definite stand out on the first disc is The Inmates’ classic Mr Unreliable from the band’s 1979 debut album First Offence. In fact the band themselves were subject of their own Cherry Red compilation just last year. An early purveyor of the trash garage sound in the UK at the time, they no doubt lit the way for many of the bands here.

Coming out of the 70s, there were clearly a number of influences at play in the burgeoning UK scene, not only the punk and beat sounds. Most notably perhaps is the inclusion of Jesus & The Mary Chain’s cover of the unreleased Pink Floyd song Vegetable Man (the b-side of their debut single Upside Down), which showcases the crunching and driving wall of sound that they would continue to develop throughout their career, themselves spawning future copyists. There’s also a definite hint of The Cramps’ Human Fly in the song and they are clearly not the only band here who were inspired by the rising psychobilly legends. The Tall Boys’ Ride This Torpedo takes the lurking danger of The Cramps and ramps it up in a galloping rhythm, King Kurt’s Nervous Breakdown creates a grooving rockabilly jive, but of course it would be impossible to not recognise The Cramps’ influence on the UK trash garage scene when The Meteors were writing songs like Swamp Thing. The clearest example of basking in Lux’s light however comes in the form of The Bananamen’s 1983 cover of Nova’s 1964 classic The Crusher, which of course featured on The Cramps’ 1981 album Psychedelic Jungle.

Elsewhere on this compilation there are gems of post-punk (The Psylons’ Waiting Nation), Tom Waits inspired (or inspiring?) surrealist irony (Sexton Ming’s You Can’t Polish A Turd), rollicking organ-driven surf wipe-outs (The Surfadelics’ Don’t Be Sorry), and Stooges/Gun Club-influenced chugging rock ‘n’ roll (The Primevals’ My Emancipation). What’s clear from this fantastic collection pulled together by Cherry Red is that while the music scene of the 1980’s veered more and more towards the increasingly glossed sheen of over-produced pop, there was a vast array of bands who still continued to embrace the brash and rough punk and garage sensibilities. Spiky and confrontational, the scene may have poked its head above the parapet in the middle of the decade, but for the most part it was a well-kept secret, a treasure trove of gems that continued the vein of the 60s’ British Invasion garage sound and make up an important part of the heritage of the style that still today reigns in the underground.