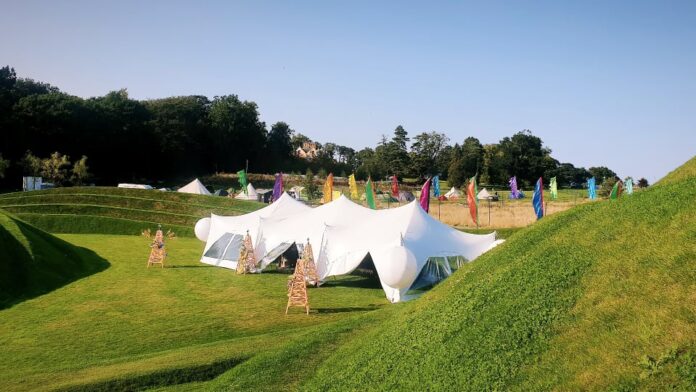 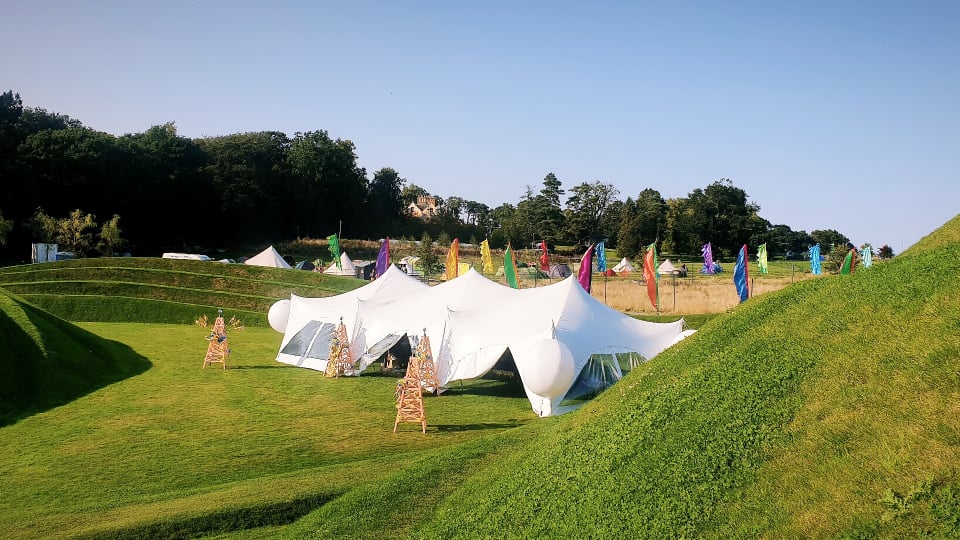 With Charles Jencks’ iconic Cells of Life to one side and a field of slightly bemused sheep to the other, Jupiter Rising was the definition of an intimate, artsy festival. Striking just the right balance between a welcoming, family friendly atmosphere and an unapologetically daring lineup it proved to be the perfect way to enjoy some fantastic, and occasionally challenging, artists over a blissfully sunny, late-summer Scottish weekend.

While the non-musical entertainment ranged from hot tubs, massages and flower crown crafting to more esoteric fare such as the ‘Orbit of the Moon Ego Drama Workshop’, the musical selection was similarly eclectic. Openers Sacred Pause contained at least two artists performing elsewhere on the bill – a sort of Jupiter Rising supergroup – and were a fittingly upbeat and endearing start to the weekend. Other highlights included a late-but-worth-the-wait set from Callum Easter and a fizzy, energetic performance from Nightshift. 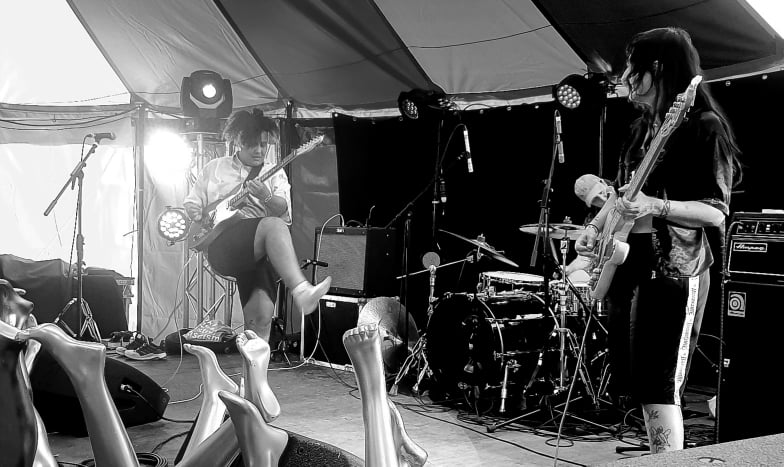 Saturday night brought a warm, charming and uplifting hour in the company of Alabaster De Plume. Whilst most of his set was fairly mellow in tone, a wonderful mix of spoken word, hymnal harmonics and psychedelic jazz sax, the standout track for me was Be Nice To People – delivered, on this occasion, with a bit more bite and an edge of drama that suited him surprisingly well. Pitched somewhere between genuinely spiritually moving and genial stand up comedy, The De Plume experience is best illustrated by his musing on the wonders of the complex synchronicity that led to us all being together in that one moment, before describing life itself in a baffled tone as ‘an awful lot of faff’. Then playing something exquisite that made me want to cry a bit.

My absolute favourite set of the weekend however, and top tip one to watch for the

futurewas Lady Neptune. A one woman (and two backing dancers) tornado of badass techno and live vocals accompanied by all manner of chaos and insanity. How can you not love someone that not only knocks it out of the park musically but also brings great clothes, silly string, confetti, inflatable aliens and neon gimp costumes to the table? It’s got to be a good show for me not to mind taking a shot from a water gun right in the face, but there’s a time and a place for it and this was both.

In a lot of ways the lunacy, joy and carnage of Lady Neptune sums up the pleasing mishmash of the festival itself. Along with the usual benefits of boutique festivals like less threatening portaloos and vegan chocolate brownies, it also provided some more unexpected pleasures. Like watching yummy mummies and pre-schoolers in ear defenders get down and dirty to banging gabba rave at 6.30pm on a Friday evening while the artist does forward rolls in the grass on front of them, wearing stripper heels and UV cycle shorts.

My kind of weekend. 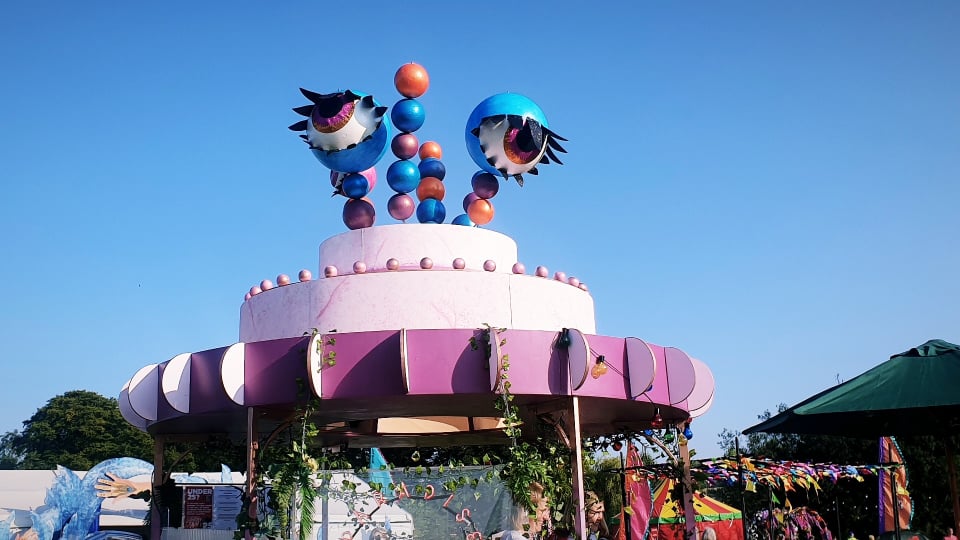 All words and photos by Susan Sloan. More of her work for Louder Than War is available on her archive. Find her on Instagram as @thesmureviews and view Susan’s website here.