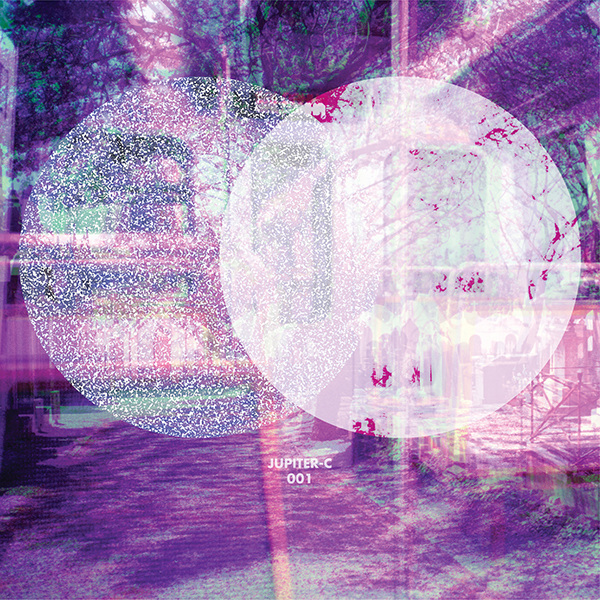 Ashiya Eastwood and David Kane are Jupiter-C. The duo have been steadily gathering fans with our friends over at The Quietus being particualrly vocal in their support for them. One listen to 001 and you instantly understand why. Over its five tracks (three originals plus two tracks remixed by East India Youth and Clint Mansell) 001 delivers a sensual, uneasy, brooding listen that is intoxicating in its imagery and disturbing in its soundscapes.

001 is an easy place to lose yourself in. It surrounds you and smothers you in bass and synth, constantly skirting around the ether, highly evocative. With the deep pulse of opener Locust we are provided with a rhythm that swings the hips and smacks the lips. A locked in groove that paces itself wonderfully before the ethereal vocals of Ashiya whisper into your ear. The sudden introduction of waspish synth strings adds a dissonance that keeps things excitably uneven and insidious.

Pleasure (the second track here) is a completely different beast. Whilst it maintains the atmospherics of its predecessor it shows us that Jupiter-C are not to be trusted as the constant shift in the percussion’s time signature plays tricks with the listener, never once letting you settle. Pleasure is wonderfully playful, engaging and the best song on the EP. Like Grace Jones writing the score for a Duncan Jones film. As the song ascends to its climax it gets more and more intense and addictive. A most wonderful way to spend four and half minutes.

Critical Mass is the final of the “straight” songs on here and is yet another left turn. We’re removed from the future into the noir. Critical Mass is Lynchian and sultry. One can imagine the band playing this in Twin Peaks Road House bar as the man in red does his twisted dance. There is an incredible attention to detail on this song and you can only admire the musicianship that is on display here. Static, fuzz/pop, spindly guitars which pierce all add up to a satisfying whole and as the song descends into discord you are made aware of an actual guitar thrashing away underneath not unlike that of Sonic Youth or NIN.

001 concludes with two remixes the first being East India Youth’s take on the bands Another Place. Another Place is cavernous, it is thoroughly disturbing, it is akin to being stuck in some kind of dark ritual. The vocals speak to us calmly but the music gets larger and larger. Always rising. Just when you think it is getting completely unbearable it drops into one of the most beautiful piano motifs that you will ever here. What an experience.

The final curtain then comes down thanks to the maestro himself Clint Mansell who reworks the bands Critical Mass. It is well known by now that Mansell is a genius. One our finest ever composers and placing him with Jupiter-C is an absolute masterstroke. He (Mansell) takes what was already a great song and elevates it to a place of pure wonder. At one point it actually sounds like a drill is being used as a percussive element (no really) and the whole song is bigger in scope. The piano drives the feeling of melancholy and the tick tick ticking builds before we climax with bass thudding away and a disappear into static and ambience.

001 is as fine a debut as you could wish for. It ticks every box and signposts a bright future for the duo Jupiter-C. It is an EP that you should take time to listen to. It is far removed from background music. It is a work that you should get your head into and absorb for once it is under your skin it is never ever going to leave.