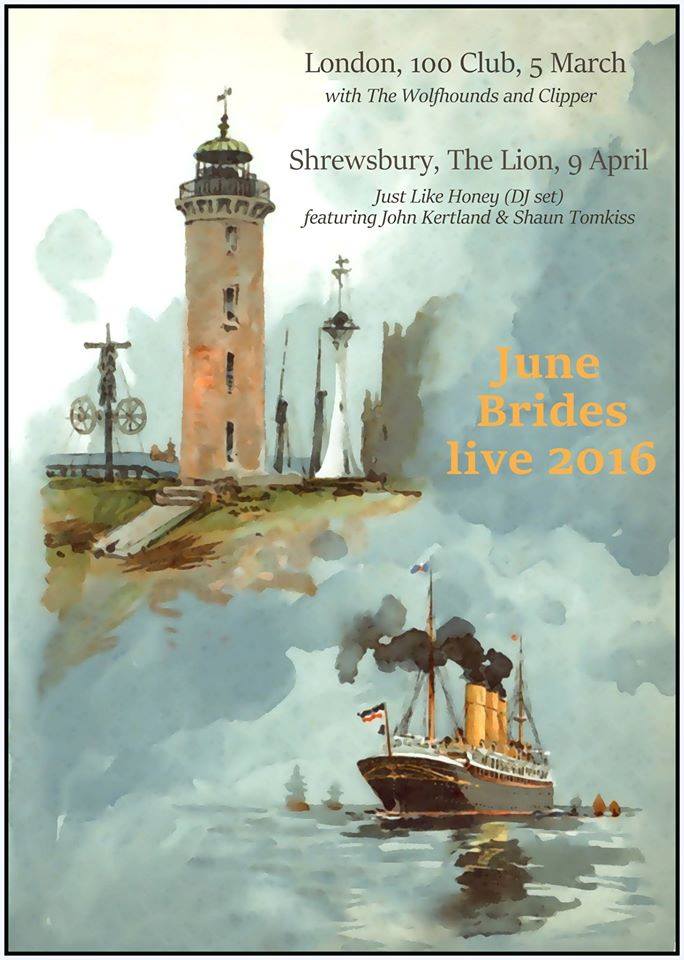 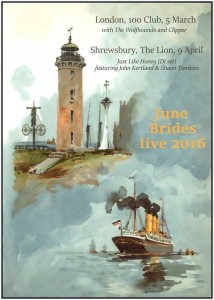 C86/indiepop heroe’s The June Brides make a very special and rare live appearence in Shrewsbury, in the beautiful venue of the Lion hotel. (Which as well as being very pretty, boasts a real ale bar).

For ticket details and all information about the gig please go here.

The June Brides are true innovators, hailing from the first wave of British indie, with fans that include Manic Street Preachers (who covered their song “The Instrumental” as a tribute), Morrissey and Belle and Sebastian’s Stuart Murdoch. They have always been regarded as pioneers, and one of the most beloved of the bands that formed the original UK independent music scene, which has since been tagged as C86. Now they‘re back with a new single, and a line-up that consists of most of the original members, including main songwriter, vocalist and guitarist, Phil Wilson.

The June Brides first formed in South East London in 1983 . After a short phase playing local venues, they soon became favourites at Alan McGee’s Living Room Club. They went on to release five singles/EPs and one LP, There Are Eight Million Stories, which reached Number 1 in the UK Independent Albums Chart for a month, remaining in the charts for a total of 38 weeks. The band also appeared on the cover of NME, toured with The Smiths and were cited by Morrissey as his favourite group of 1985.

“The June Brides came from a post punk generation of musicians who were actually more interested in music than appearing in Heat or Hello magazines.  They were art for arts sake.  Old-school indie and all the better for it.  Phil Wilson was a very good songwriter.”- Alan McGee, Creation Records

After the June Brides broke up in ’86, the band’s singer and principal songwriter, Phil Wilson cut 2 solo singles for Alan McGee’s Creation Records. Phil’s debut solo outing, Waiting For a Change, showed his love for country music- a bold step at a time when country was largely unappreciated by indie audiences. By taking this risk, Phil paved the way for scores of other independent acts, who would also eventually embrace country.

Phil’s final single of the 80s was the upbeat but mournful Better Days, a collaboration with Primal Scream guitarist Andrew Innes. The single, highly collectable, was released on Caff Records, the label run by soon-to-be Saint Etienne member, Bob Stanley.

Support comes from Just Like Honey DJ’s John Kertland and Shaun Tomkiss providing a soundtrack of the very best in 80’s/90’s indie/C86 and indiepop.

Tickets are £13 (more on door) and avalible from