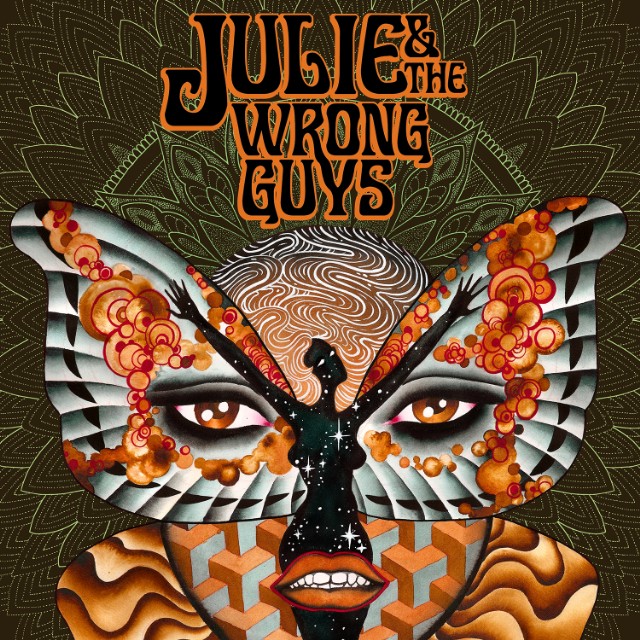 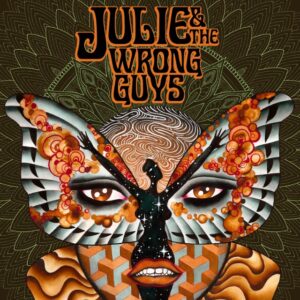 Julie & The Wrong Guys blast out of your speakers all the way from Canada, and what an excellent noise they make. They are fronted by Julie Doiron, something of a Canadian rock hero who was in the band Eric’s Trip at the age of eighteen, backed by the Cancer Bats rhythm section of Mike Peters and Jaye Schwarzer, and with Eamon McGrath on guitar. This is a return to a grunge, garage based rock that uses Doiron’s beautiful voice as a foil, a juxtaposing, against the fuzzed out, heavy beat rock of the band. It works best when the heaviness of the music anchors you in place whilst the vocals soar and swirl; a light yet strong vocal counterpointing the harsher edged band.

Many of the songs are about lost loves and relationships floundering on the rocks of boredom and a missing sense of direction. There is a nostalgia, a longing for the excitement and shared sense of direction that the relationships had at the start. The harsh, often brutal, but sometimes mesmerizingly uplifting music, acts as a counterpoint to Doiron’s vocals that often sound as if they might break under the emotional strain. Images of water also permeate the lyrics (perhaps not surprisingly for a New Brunswick native), like memories eddying and pulling her down, or holding her back. The water acts as a metaphor for the fluidity of life, of love, of memories.

The album opens with Love and Leaving and sets the scene perfectly. It has a distorted, fuzzy, heavy sound with the vocals soaring over it all in a breathless, relentless beat. Lead off single You Wanted What I Wanted has punk attitude in spades, with the lyrics, about a relationship gone bad, as sharp as barbed wire. It pummels along with a great beat, building up into an optimistic finish about fresh starts.

Condescending You originally appeared on a Doiron solo album of 1997 which, in the hands of the Wrong Guys, becomes a towering rocker that hits every mark with a brutal punch. Heartbeats is a great break-up song. The lyrics heartbreakingly describing the moment when the future you thought you were going to have is ripped away with just a few words from your lover. The song builds up with unrelenting tension and anger – but the heart must go on. Tracing My Own Lines is a slower song with an ominous, almost psychedelic feel to it. Call My Own Shots is a song about all the self-doubts that can hold us back, can even stop us getting out of bed in the morning. It’s about finding the energy and the belief to go on, and not be ‘bullied by yesterday’. Farther From You is a heavy, pounding rocker that was originally written during a Cancer Bats’ session but never used by the band. Calm Before The Storm is a beautiful song, the vocals like an elegy to the sea, about that moment that we can look back on and see as a brief moment before everything went crazy. Broken Pieces/Barely Cold is another song about a broken love affair. The singer walks away with nothing to show for the time given to the relationship. The album closes with Hope Floats. The song has a disconcerting sound to open it. There is a sense of being lost, of wandering, of water spinning you out of control. It all builds up to a majestic, operatic, ending to the song and the album.

Julie & The Wrong Guys have crafted an album that is a perfect garage band album full of nuances that reward on repeated play. Recommended.