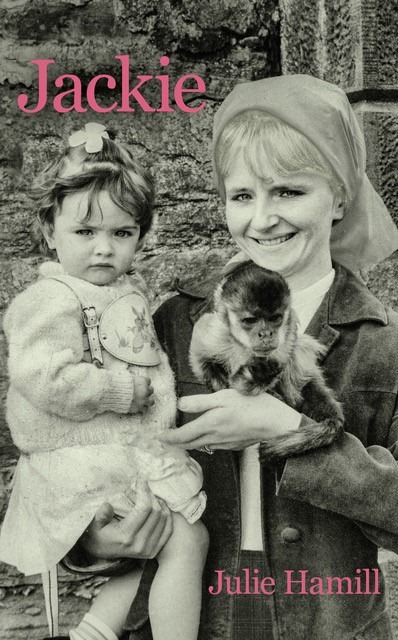 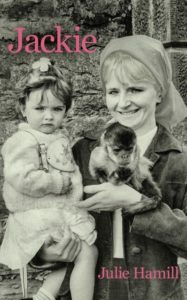 Airdrie punks Reaction recently gave a mention to Julie, another Airdrie alumni in their list song on last year’s tremendous Keep it Weird, Keep it Wired album. I didn’t quite have the luxury of a personal reading, however, I did have the privilege of receiving an advance copy of the wonderful follow up to her heartfelt debut novel Frank.

Jackie picks up the story of Frank, Jackie and little June from where we left the family at the end of the first novel. As the title suggests, the focus this time is through the eyes of Frank’s daughter Jackie.

Like with Frank, I was hooked from the off. Less than two chapters in and I was laughing along to the antics of Jackie, Viv, Daniel and Johnny as they have a laugh together at “the shows”, swigging cider, riding the waltzers… I could smell the candy floss and cheap burgers such is Julie’s way with words.

Much like Frank, the book is an emotional rollercoaster. One minute you’re having a laugh with the group of friends, the next I have a tear in my eye and a lump in my throat as Frank and Jackie discover more about June (the wife/mother rather than Jackie’s daughter) with Frank finding June’s stash of vodka under the sink, literally flooring him. Frank tries to hide the fact from his daughter so as not to upset her, but both ultimately helping each other through. Each, in their own way, providing an emotional crutch for the other. June (the toddler) is a focus for them both, you can really sense the love they both feel for the little one.

I couldn’t put the book down. Frank’s box of memories reveals a mystery about June’s past that runs through the book, something that Jackie is determined to get to the bottom of. I was so drawn into the tale, I ended up reading it all in one-night despite being physically exhausted and having work the next morning, such was the pull of the story. I was totally absorbed in how things were going to pan out for Jackie.

Julie has a way of reeling you in, grabbing your attention and feeling emotionally attached to Jackie and Frank, like they are part of your own family. In a very short period, you become firmly invested in their lives. You really want things to turn out well for the family. Jackie has been unlucky in love in the past. With the vile Tommy appearing back on the scene, I was willing her to kick him to the kerb. So much so, I was nearly punching the air in delight when he gets his comeuppance in the Double A.

Julie paints pictures of scenes that anyone who lived in deepest darkest Lanarkshire in the late 80’s or indeed the West of Scotland and beyond can totally relate too. I can see the sights and smells of travelling fairs, the memories of buying records at Woolworths. I can see the house and kitchen in Frank and Jackie’s home and I even feel as if I know the guy with the beard on the train who replaces a common expletive by changing the f to a b.

The emotional rollercoaster continues throughout the book. Laughter. The chapters covering the priest and his nephew Jean Paul coming to dinner and all the preparation that precedes the visit are priceless. Anger. Tommy has the ability to raise my heckles at the mere mention of his name. And, of course, tears. Daniel’s struggles with accepting his sexuality in a time when AIDS is headline news everywhere. Then when he eventually comes out to his mother, well I struggled to see the words at that point. It is hard not to be drawn into the world of Daniel, his friend Johnny and Daniel’s family. Another journey filled with angst, doubt, conflicted emotion and tears but ultimately love. Talking of love, I was willing Jackie to find happiness throughout the book, you’ll have to get a copy to find out if she did…

This is an essential read. If you’ve not read Frank yet, do it now. Don’t waste any more time. And while you’re at it order your copy of Jackie. Believe me, you won’t be disappointed.

The book is due to be published on the 15th of October.

Julie has created a playlist featuring songs from 1989 and earlier, some of which feature in the book.

“Julie Hamill is a writer and broadcaster, known internationally for her writing and presenting work.  You can find her as the host at the helm of ‘The Rock N Roll Book Club’ live at The Dublin Castle every month or The ‘Mozarmy Meet’ live in Manchester.  She also presents the very popular ‘Hamill Time’ on Boogaloo Radio.  ‘Jackie’ is her third book.”