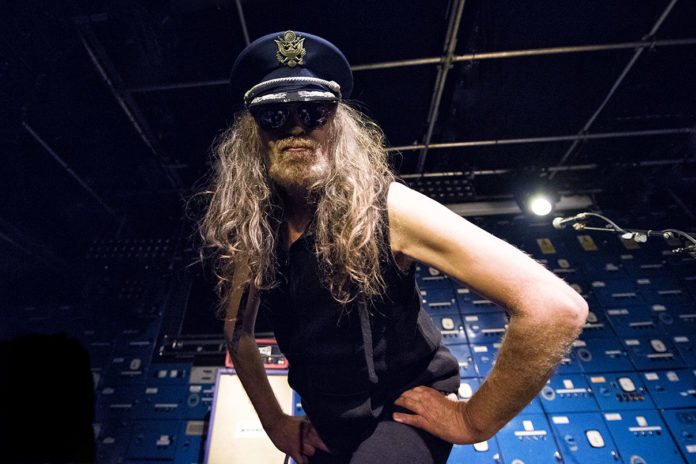 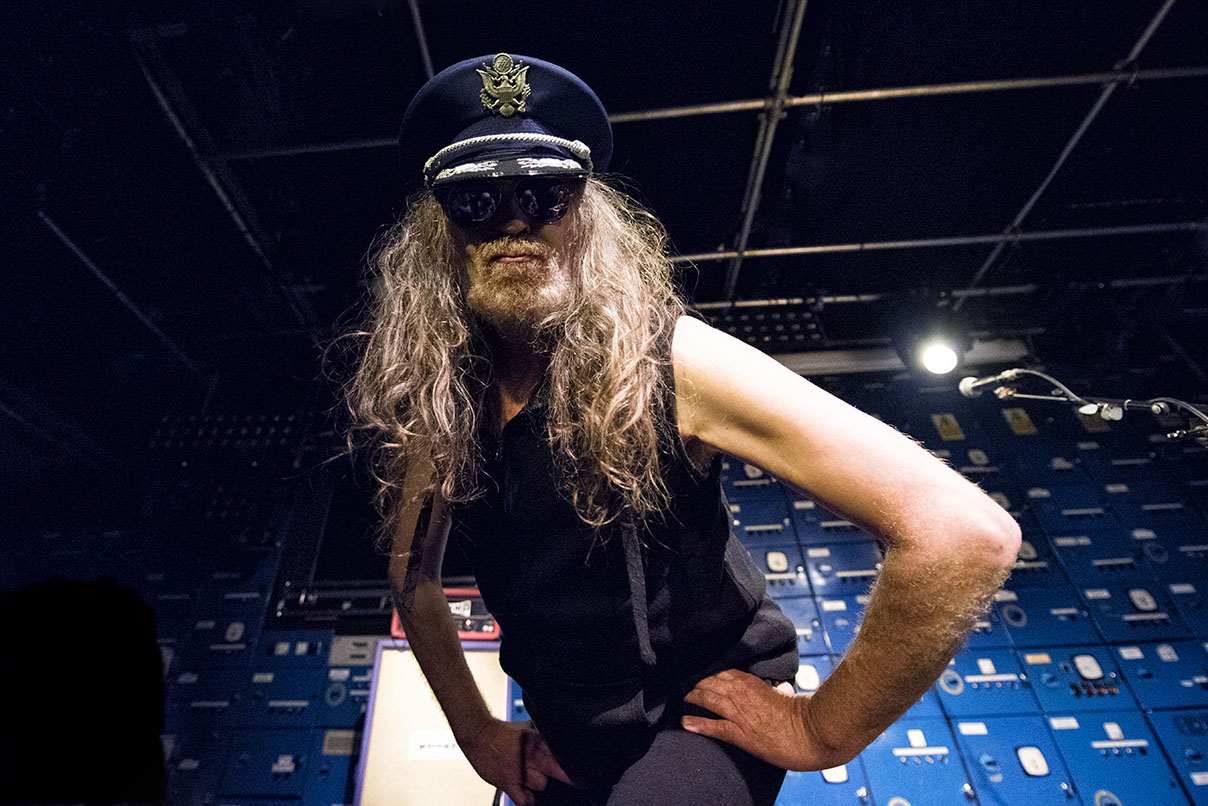 Crown Prince Cope is the new title for the former St Julian as he gleefully told a sold-out crowd of his middle aged subjects he only had to spend 200 Euro online so be could wear this new crown.

And to celebrate his elevation to royalty, Cope not only promised less chat on this tour, but duly delivered on mainly acoustic guitar what can only be described as a greatest hits set, and some gems from his return to top form new album ’Self Civil War’, which sort of sums up his rollercoaster career.

He may look like the Wild Man of Tamworth in a big military hat, wild beard and unkempt hair, but the fact is that he remains an artist with an uncanny ear for a twisted pop tune as demonstrated by a beautiful version of ‘Soul Desert’ from his Jehovahkill album.

His prolific blogging on a wide range of subjects inspired ‘Your Facebook, My Laptop’ from the new record before launching into the first of what he describes as the ‘ba-ba-ba’ tunes, with a superlative ‘Greatness And Perfection Of Love’ – still one of his masterpieces as the audience happily ‘ba-ba-ba’ along. 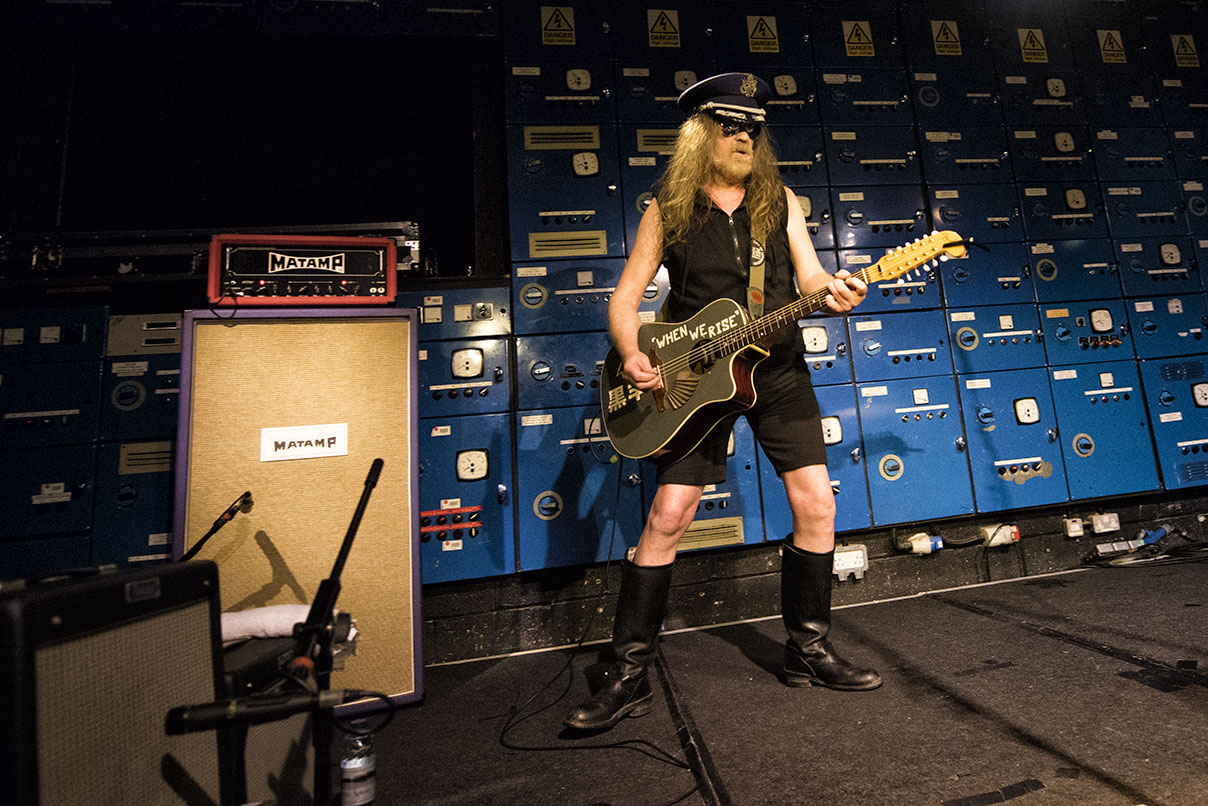 From that delicate number he was off into full freak out mode on an epic ‘Autogeddon Blues’, and during this green anthem he seemed to be channelling another shaman Jim Morrison at times, or maybe Iggy in the rockier moments. Cope has become a world leading antiquarian discovering that the ancients were all off their tits creating Stonehenge among other structures as he noted on ‘They Were On Hard Drugs’ from his patchy 29th solo album Revolutionary Suicide.

It’s probably fair to say that most of the crowd have been fans since Cope’s days as a chart artist on Top of the Pops with the Teardrop Explodes, so there was much delight as he knocked out another ‘ba-ba-ba’ anthem ‘Passionate Friend.’

Cope has zero filter in his frequent verbal digressions as he noted how much he ‘fucking hates folk music’, which he described as ‘cack music’, but it didn’t stop him knocking out a classic pastiche ‘Cromwell In Ireland’. It was back to the Teardrops as Cope briefly swapped to keyboards for a moving ‘The Great Dominions’ with his roadie Chris invited up to create a droney keyboard riff.

There was a lovely moment when he stopped his biggest hit ‘Treason’ to tell the people at the front to stop filming and just ‘enjoy the moment’. Quite. 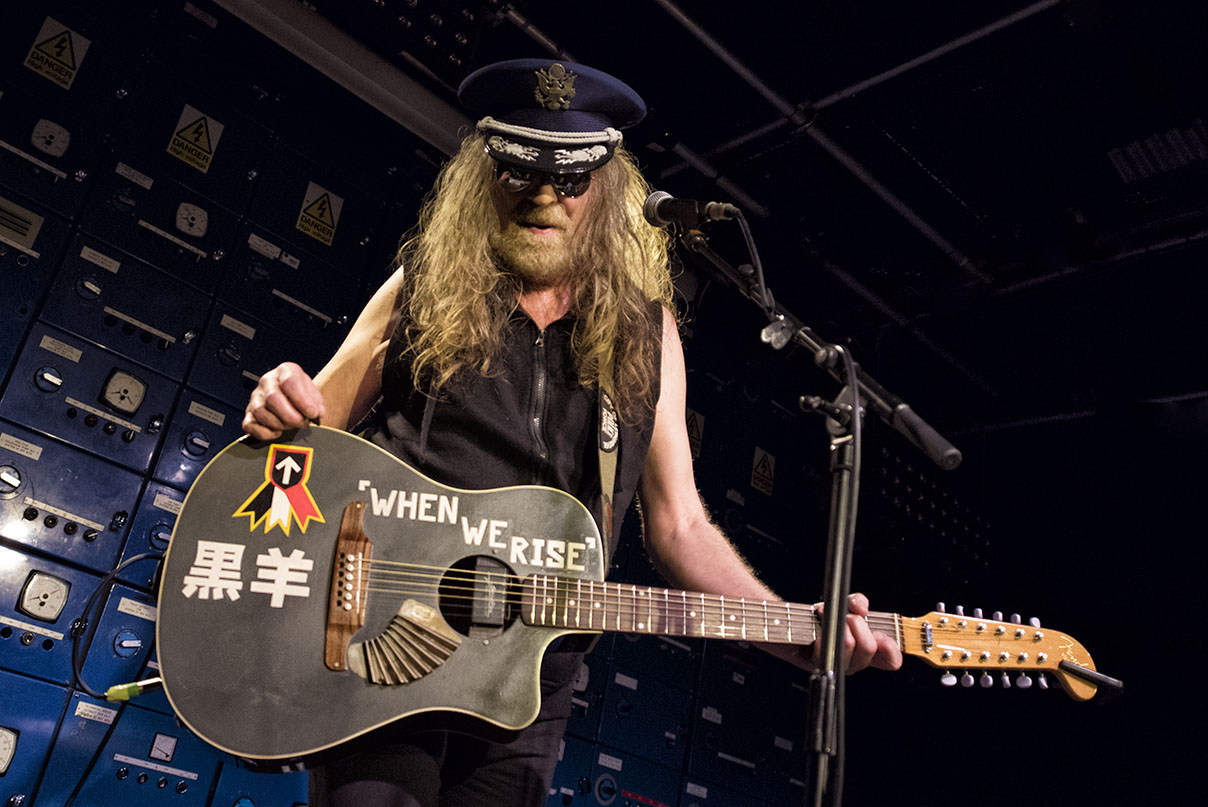 You certainly learn a lot at a Cope concert as he reported that the Japanese didn’t see any sheep until 1620, and Americans, including his banker brother in law, really hate the phrase ‘fuck off’ as they think it is so final. That made the subversively jaunty ‘Cunts Can Fuck off’ all the more amusing.

A set full of mischief and pop genius finished with a rocking ‘Sunspots’, and the encore was a blistering ‘Out Of My Mind On Dope and Speed’ that is now three decades old, which aptly sums up this great British eccentric’s glorious career laid out tonight in all its surreal glory.

Review by Paul Clarke, you can see my author profile here.