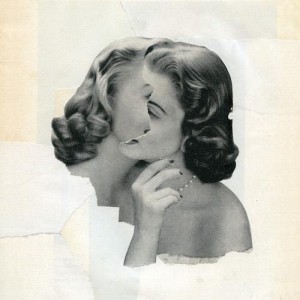 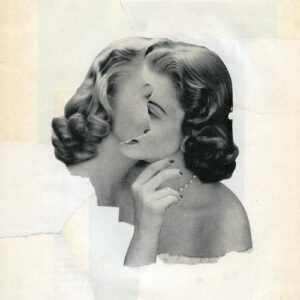 Cellist Julia Kent has tapped a deep wellspring of emotion on her fourth solo album, Asperities, and it hits hard. Her mordant, fluid melodies have the simplicity and concentration that often resemble Estonian composer Arvo Pärt’s spiritual explorations. Yet they are even more effective for their restraint, a holding back which deepens the psychic resonance of these gorgeous, wintry pieces.

Having spent some time with Michael Gira’s Swans, Kent is no stranger to the more-is-more approach of contemporary avant-rock. Indeed, there are times on Asperities when the surges of Kent’s melancholic lyricism recalls the wrecked grandeur of Sophie Trudeau and Norsola Johnson’s interlocked violin and cello work for that other post-rock behemoth, Godspeed You! Black Emperor. Check out the way in which the solitary melody of Lac des Arcs rises up out of a hazy, drone-filled background, redolent of the slow unfurlings of GY!BE’s Moya. The soundscape is created painstakingly by Kent looping her own cello and mixing in fragments of field recordings over which her exploratory lyricism stretches out.

But Asperities has a finer weave than the lairy heaviness of all those groups, avoiding the howling machismo that’s an occupational hazard of working in that genre. Working solo, she sidesteps pomp and fury and focuses on a smaller canvas with tighter boundaries.  If post-rock offers a full immersion in volume that is both a transcendent loss of self and a call for communal action, Kent offers a more nuanced, personal path. It’s the chance to withdraw and reflect, to admit that there are no easy answers, to take stock before you step back into the swirl and chaos of everyday life.

That circumscribed, almost domestic focus has been a hallmark of Kent’s solo aesthetic since her sophomore record, 2011’s Grey and Green, and it’s in full effect here. The almost pastoral chord sequences of Heavy Eyes are as nourishing as a warm bath after an exhausting day at work and a trudge home through the rain, with the understated synths that fill out the sound giving the track a luminous shimmer, not narcotic exactly, rather the soft, weary numbness of the last few moments of drift before sleep.

If one of the dominant moods of Asperities is reflection, then the other is foreboding. Kent says the album is “a response to violence and difficulty and the idea that we as human beings are so much in conflict with one another and with our environment”, and there’s a sense of underlying tension at play across most of the album. Tracks like Terrain and its immediate predecessor Flag of No Country, are driven forward with martial-sounding cello stabs, Kent duplicating her single instrument until it resembles a stringed army on the march. While on Flag of No Country that backing is pizzicato, giving the piece the delicacy of a tightly wound wire, Terrain lets loose with full on crescendos, accentuated by insistent drum machine snaps.

Living in these times, it’s not always easy to see what music can do to resolve any of those conflicts and violence that Kent hints at. In fact, any attempt to ascribe some kinds of healing or redemptive powers to music seems trite to a point of absurdity right now. And, to be fair, these grand assertions are probably the last thing Julia Kent wants for her music. Yet there is something in this music, something almost indefinable that touches me as I listen to it. The fact that it is hard to express doesn’t make it any less of a singular quality. Asperities may not want to change the world, but it goes deep. And perhaps that’s all we can ask from it.