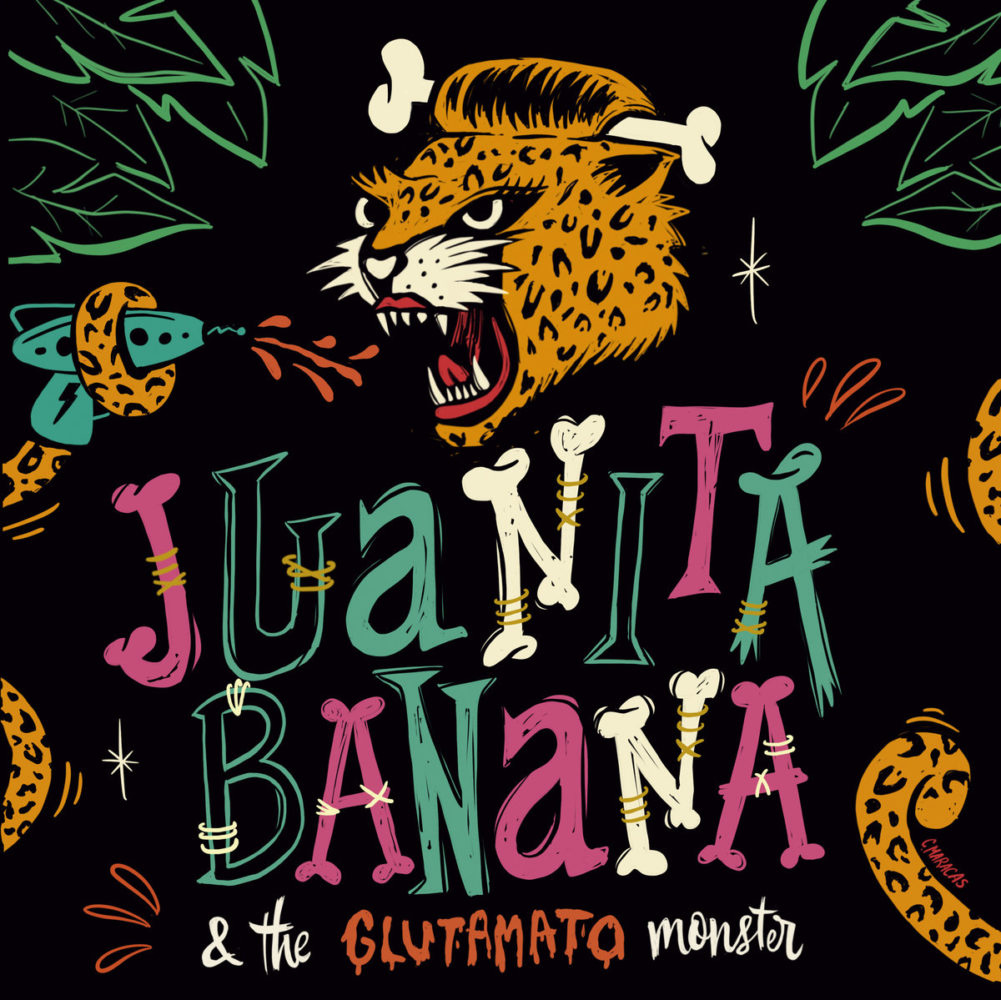 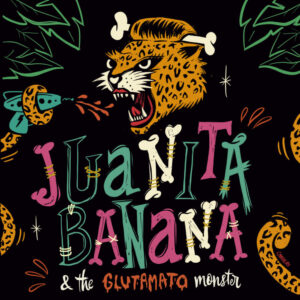 Ever wondered what a tiki-garage grooving rock ‘n’ roll ode to glutamate would sound like? Me neither, but I can tell you it sounds pretty damn ace. On their new EP Madrid’s Juanita Banana kick off with such a fine prospect. Sounding like a gogo-dancing 5, 6, 7, 8s, the song jives along on a wonderful groove, the bursts of sax and organ adding to the Girls From The Garage sound that they are ploughing. Reset sees them pinning their Ventures-inspired surf aspirations firmly to their sleeves but they are no copycats here and they blend the idea with both a mariachi and a primitive cave-stomping rhythm, alternating through this instrumental to fine effect.

The flip side sees them resurrect one of their previous singles, Cucarachas. The melody glides along like a sad lament, while the music underneath keeps up the swing before they drop into final song Bananalipis and fall back again on that rolling surf-o-rama sound. Making the wise choice not to rely on an instrumental once again, while sparse, the lyrics spit out and grab you. They effortlessly blend rhythms throughout the song, going from a wistful organ-driven break back into a pounding verse and then into that jiving groove once again. It’s a fine end to the EP and encapsulates pretty much all the best parts of the previous three tracks.

On this EP, Juanita Banana have shown that they have steeped themselves in the garage stylings of the likes of The Starlets and The Belles and have brought the sound right up to date. We’re yet to see how that will extend it out over a full length LP, but hopefully it won’t be long till we find out.

Listen to Glutanamo and watch the video for Cucarachas below.