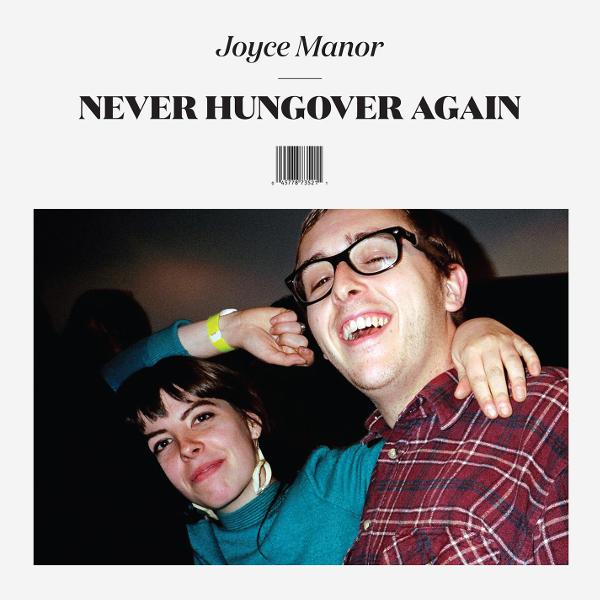 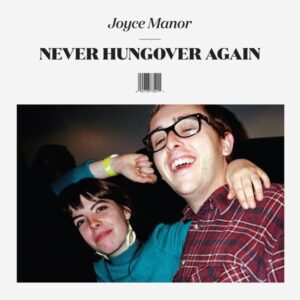 At 10  tracks and 18 minutes, Joyce Manor’s Never Hungover Again is a rush of fraught pop-punk energy.

For the last couple of years, Los Angeles’have been a band permanently in my peripheral; never quite fully entering my direct line of sight for the simple reason that I had unconsciously dismissed them the moment I heard their name. It’s a generic name for a start, one that automatically leads one to assume they’re just another pop-punk band. And you would be right. Sort of.

Joyce Manor are one of the bands hailing from the US at the moment that are easily slapped with the ’emo revival’ sticker and sent on their merry way to whichever basement show they’ll be playing at next. And it is that, crucially, which makes their third album Never Hungover Again as good as it is. Within 3 seconds I knew this was going to be one of my albums of the year.

Opening track ‘Christmas Card’ had me from the minute the singer / guitarist opened his mouth, his vocal evocative of bands such as Tiger’s Jaw and Transit. The sentiment is very much similar to that of those bands too, upholding an appreciation of the ’90s acts such as Braid, The Promise Ring and Texas is the Reason, all the while keeping their music contemporary.

Like all those that influence them, Joyce Manor aren’t afraid to wear their hearts on their sleeve, and Never Hungover Again is no exception. This might deter some people who, like me, thought they had heard it all before. But when tracks such as ‘Falling In Love Again’ or ‘Catalina Fight Song’ sound as fraught as they do, it’s hard not to allow a shit-eating grin to spread across your face and almost wish you were 16 again. What’s more, so fraught are some of these tracks that they recall Jawbreaker’s Blake Schwarzenbach at his most gutturally poignant.

At ten tracks long and a little over 18 minutes there’s more punk energy to this record than initial listens convey. And, given its runtime, I’ve given it plenty of listens, thinking to myself that at one point something in the record would crack and it would reveal some sort of issue. It didn’t. Sure it has one average track (‘Heart Tattoo’) but even that is somewhat tongue-in-cheek, I hope. In short, Never Hungover Again is one of those rare records that comes out of nowhere and blows you away. Now to go back and obsess over their back-catalogue.