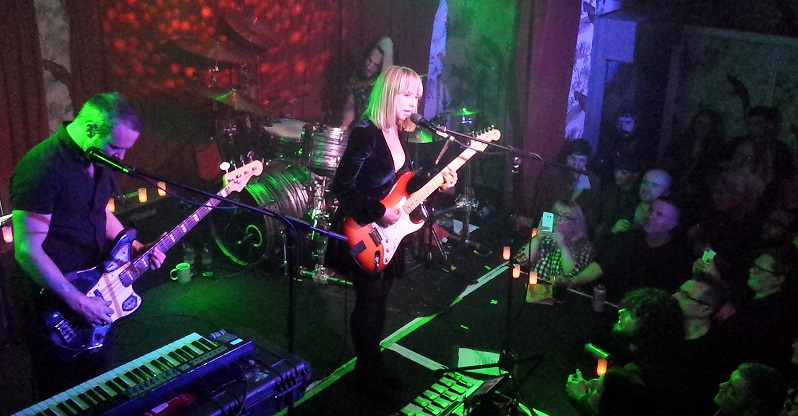 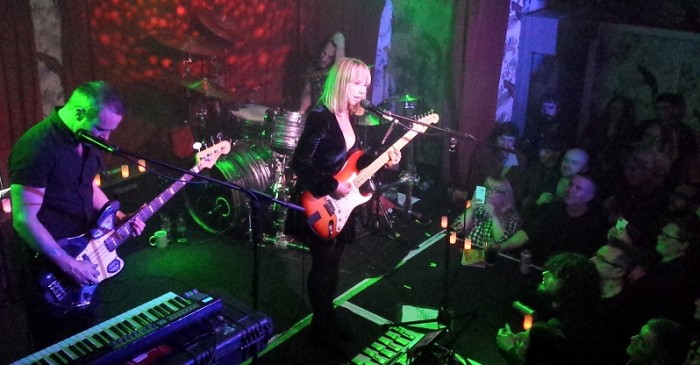 Welsh trio The Joy Formidable make a triumphant return to Manchester on the first night of a run of intimate venue shows. Louder Than War’s Dave Beech reviews.

Perching somewhat precariously on the crowded balcony of Manchester’s Deaf Institute, it’s evident just how far reaching the appeal of The Joy Formidable is; a crowd of varying ages and backgrounds linked by a common appreciation. Tonight marks not only the first night of the band’s small venue tour, but also their first show of the year. And from the teasing, looped intro of The Greatest Light is the Greatest Shade, you can tell they’re in high spirits. And well they might be. It’s been almost exactly three years since the band were last in Manchester, and when Ritzy and co finally take to the Deaf’s tiny stage, the crowd bristles with anticipation.

Taking in tracks from both of the band’s previous albums, as well as a smattering of new cuts, this current run of shows is a warm up for a larger tour this summer. As such, there’s a definite sense of informality across the whole evening; the band bicker and gently rib each other, as if this was just another practice. Almost as if this was the indeed the case, several tracks collapse at their conclusions in to spontaneous jams; the band clearly enjoying the freedom a gig such as this offers.

As such, the set-list is peppered with tracks we might not hear again for a while. Ostrich and Y Garreg Ateb for instance, as well as tracks which could arguably go on to become staples of the band’s future sets. Passerby expands an already rich sonic palette with the addition of a flute early on, whilst the inevitable encore, opened with an a capella rendition of a track from the new album, sees both Ritzy and Rhydian taking their guitars to the venue’s tiny tiered rear and regaling a silent crowd.

Whilst such venues as this are made for intimate moments (both that and Silent Treatment’s early outing qualify perfectly) The Joy Formidable are a band known for their huge sound more than their candour, and tracks like Whirring, and The Leopard and The Lung offer this in swathes. Of course, it’s the final two tracks of the evening which provide the biggest reaction, and finally an answer as to why there’s leather padding on the beams of the balcony.

Finishing with both Cradle, and The Ever Changing Spectrum of A Lie, arguably two of the strongest tracks from the band’s debut, it’s an anthemic close to the evening, allowing The Joy Formidable to bow out in huge style, and with promises to return in May. I’m already counting down the days.