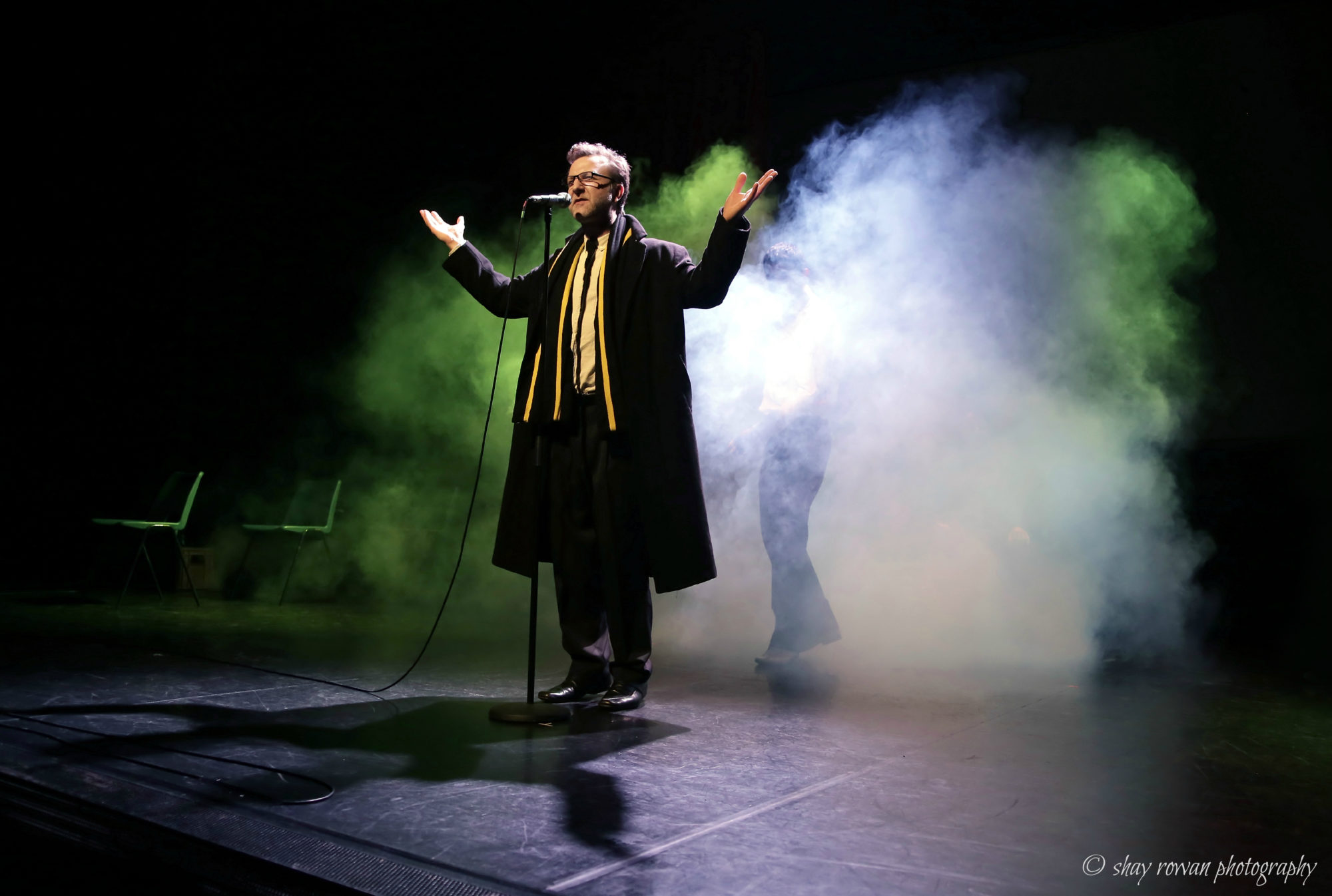 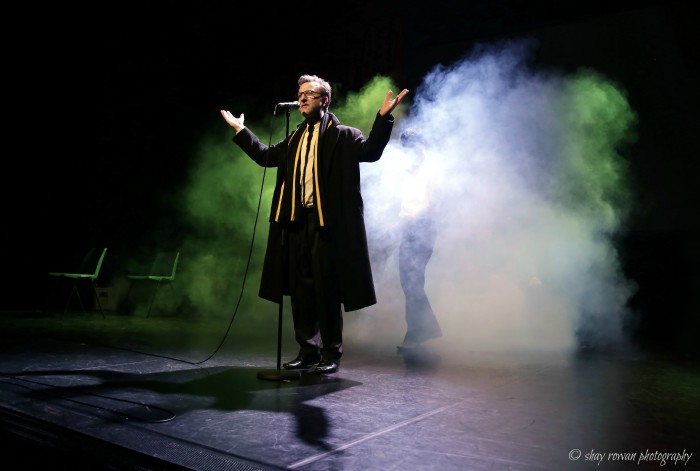 Joy Division’s story has proved a rich source of material for filmmakers and now New Dawn Fades brings their tragic story to the stage at Leeds City Varieties.

This play tries to understand how four smart young lads from Salford and Macclesfield came together to record two all-time classic albums before tragedy struck, and was a surprise hit on its debut tour.

Writer Brain Gorman places the band within the context of Manchester’s history to set for the rollercoaster Joy Division story which is ironic as none of them were from the city in the first place.

Gorman cleverly uses the late, great Anthony H Wilson – co-founder of Factory Records, founder & manager of The Hacienda nightclub and also from Salford – to narrate the piece interviewing an array of historical figures along the way including Johnny Rotten, Karl Marx, Buzzcocks and surreally even a Roman general makes an appearance.

Last time round Lee Joseph really captured Wilson’s flamboyant idealism, and limitless ability to bullshit, so it is good news he is back on this tour.

In some ways the actual band are caricatures as the action really does zip along so Hooky is the loudmouth with a heart of gold, Barney insecure and arty, shy and quiet Stephen Morris and Ian Curtis is the troubled romantic dreamer.

In fairness Gorman doesn’t gloss over the band’s tensions or their failure to pull back from their relentless touring when it is becoming clear that Curtis’ epilepsy and marital issues were becoming serious issues for him.

It is also a smart move to get the ‘band’ to do raw live performances of Joy Division’s most famous tracks which replicate the sound of a band that was barely component but somehow managed to create such timeless classics.

Control may still be best attempt to tell the Joy Division story, but,thanks to some decent writing and a strong cast, New Dawn Fades does have a damn good go which sort of sums up the Factory ethos that shaped them.

New Dawn Fades is at City Varieties Music Hall on Monday 18th and Tuesday 19th April. Book online at cityvarieties.co.uk or by calling Box Office on 0113 243 08 08.