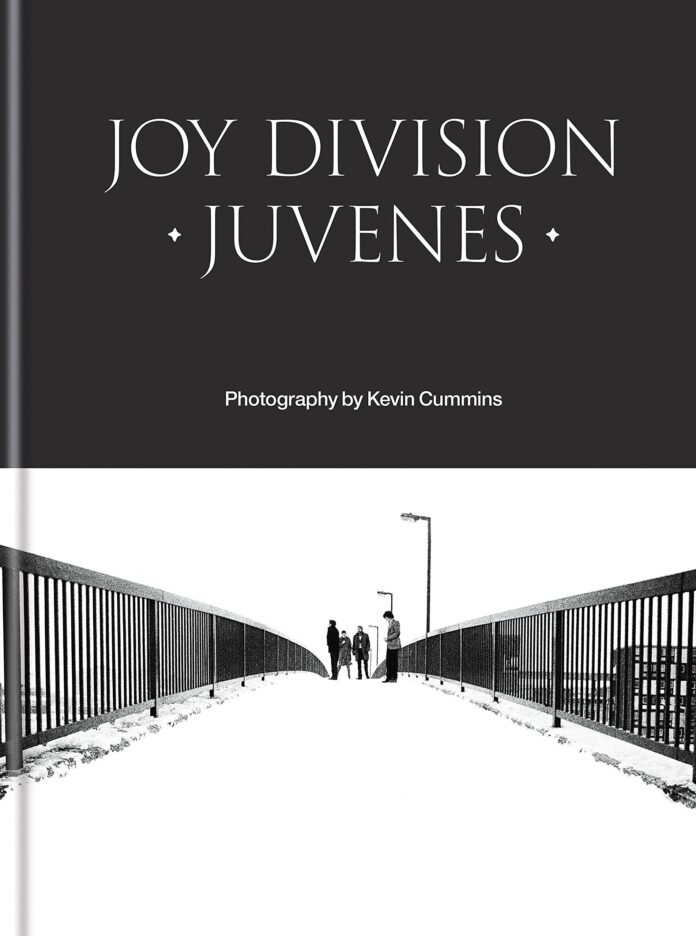 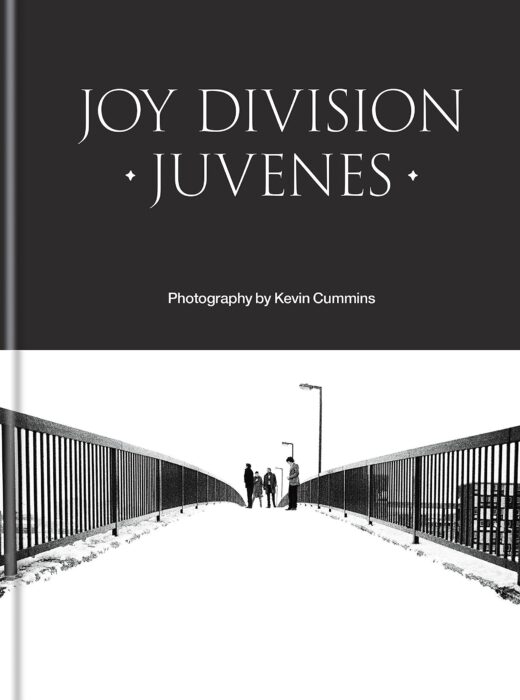 Lovers of Joy Division, revel in Juvenes! In this dazzling new edition of the book, Kevin Cummins brings his glorious photographs of the band to all the fans who missed out on the first edition back in 2007.

Whether you’ve been wanting one of these books for your collection for ages or you own one of the first editions, you need the new Juvenes. It features incredible contact sheets you haven’t seen before, newly conducted interviews with the surviving members of the band, and additional photographs. It’s an expanded edition (from 192 pages to 256 pages), and you have a couple of options for buying it. There’s a special edition limited to only 100 copies that includes an 8 x 10 photographic print of Ian Curtis not featured in the book that’s housed in a cloth-bound, foil-stamped clamshell box. It’s a must-buy for any collector. You also have a chance to order a signed copy of the new, expanded hardback book for just £30.00 — a steal!

Through Kevin’s photographs in Juvenes, Joy Division is both past and ever-present — timeless, truly. The pictures depict a bygone Manchester in which Ian Curtis is alive and Joy Division will play live still, yet the images also place the band presently in our hands. As historian and philosopher Walter Benjamin wrote, “it’s not that what is past casts its light on what is present, or what is present its light on what is past; rather, image is that wherein what has been comes together in a flash with the now to form a constellation.” The pictures ultimately allow readers — fans who were there to see the gigs and those that discovered the band years later — to participate in a form of collective iconic memory. Although we may not even realise it, Kevin’s photographs have everlastingly shaped our knowledge of the band. These black-and-white pictures are the images through which we each remember Joy Division, even if we have no experiential recollection ourselves. Cultural theorist Susan Sontag says “photographs give people an imaginary possession of a past,” and that notion feels particularly relevant here. Our collective memory persists as we each conjure Ian Curtis on stage just as Kevin’s photographs depict him, or when we inflect our listening of Unknown Pleasures with the sense of melancholy derived from seeing Joy Division in the solemn snow.

In his interview with Peter Hook (one of the additions to this new edition of Juvenes), Kevin illumines the poignant quality of his photographs as they become the images linked indelibly to the sounds of Joy Division. They discuss Joy Division Orchestrated at Royal Albert Hall in London in 2018. Kevin describes it as “genuinely moving” and says to Hooky, “I thought you were quite moved by the whole thing actually.” Hooky replies, “I was. I am moved.” One of the most emotional aspects of the performance, as both Kevin and Hooky note, was Bastien Marshal performing as Ian Curtis. Hooky says he “didn’t know how anybody would cope with somebody who not only sounds like Ian but actually looks like him.” Kevin replies, “well, I know, it was quite a shock.” For Hooky, too, it “was very, very emotional at the end of that.”

In many ways, Marshal didn’t just bring a version of Ian Curtis back to life in that storied venue, but resurrected the audience’s collective memory of the singer as he’s depicted in Kevin’s work. Marshal was recognisable as Ian Curtis because of the photographs in Juvenes. The medium has a distinct ability to sear images into our minds, turning them into memories we carry as if we were present at the original event. And reader, let me tell you: I was at that Albert Hall gig, and it was indeed an affecting experience. It’s not often I find myself crying at any kind of performances on stage or screen. Yet Marshal’s ability to conjure Ian Curtis, not just as he was in life but the way in which Kevin captured him through photography, brought me to tears.

While the Juvenes photographs at once provide a form of permanence, the pages of the book also reveal the fragility of captured images. The pictures themselves are always precarious, reflecting the ephemerality of photos as material objects. Indeed, there’s something almost inexplicably fleeting about modern analogue technology. In W.G. Sebald’s novel Austerlitz, the protagonist reflects on the photographic form in a way that speaks to Kevin’s Joy Division images: “In my photographic work I was always especially entranced, said Austerlitz, by the moment when the shadows of reality, so to speak, emerge out of nothing on the exposed paper, as memories do in the middle of the night, darkening again if you try to cling to them, just like a photographic print left in the developing bath too long.” With the images of Joy Division bound in Juvenes, we’re left with a paradoxical sense of evanescent immortality. Sontag’s description of photography as an “elegiac art, a twilight art” seems particularly apt here, as she explains how “all photographs are memento mori.”

Apart from the historical mythology they’ve created, the photographs in Juvenes are also simply gorgeous. It’s incredibly difficult to capture crisp contrasts of light and dark this beautifully on film, especially with the evacuating absence that snow creates or the persistence of shadows in dark spaces. For anyone owning this book for the first time, you’ll be stunned.

As someone who is in possession of one of the original 2007 editions, I’m most thrilled by the addition of contact sheets to this new Juvenes. Getting a rare chance to see the full range of shots, and the ones Kevin ultimately selected for the book, should be exciting to any Joy Division fan. Indeed, he notes that the new edition is “a photographic equivalent of a director’s cut.” I also love how those contact sheets — especially of the band performing live — depict a sense of onstage movement. There’s also a great beauty in those caught-unawares moments that appear on the contact sheet and in some of the selected photos from the snowy photoshoot in Hulme — moments of everyday life captured.

The new edition of Juvenes also depicts a kind of visual Bildungsroman (a literary term often used to describe a coming-of-age novel) for the photographer. While we tend to focus on our own perception of photographs when we view them, each image also serves as a definitive reminder of the subjective presence behind the lens. In his introduction to the new edition, Kevin reminds the reader of his own coming of age as a photographer in documenting Joy Division. “I was at the Electric Circus on 29 May 1977 to see Warsaw play their first gig, opening for Buzzcocks,” he writes and explains how the images that came out of that performance, as well as subsequent onstage photographs and portraits, illuminate the work of an artist at a moment of becoming. The finite number of images Kevin has of the band reflects the economic constraints of a young photographer paying for his own film and processing costs, learning to be “very parsimonious with film” and to “seldom waste[] a shot.” At the same time, just as “Ian and the others were learning how to pose as a band,” Kevin recalls how he, too, “was learning how to shoot bands.” The book’s title is thus layered, depicting a sense of possibility and Bildung on both sides of the camera.

Like the first edition, Juvenes closes out with the handful of colour photographs Kevin shot of Joy Division. Those colour images pierce the mythology, bringing the band into the real world and reminding us of the vulnerability of the figures immortalized before us. As if evoking that fragile materiality of life captured in Juvenes, both versions of the new edition identify the weight and size of the books, a few thousand grams in our expectant hands.

You can purchase the special edition limited to 100 copies from Special Edition Books, and you can order a signed copy of the new hardback edition from Rough Trade. You can find Kevin Cummins on his website, and you can follow him on Instagram and Twitter.