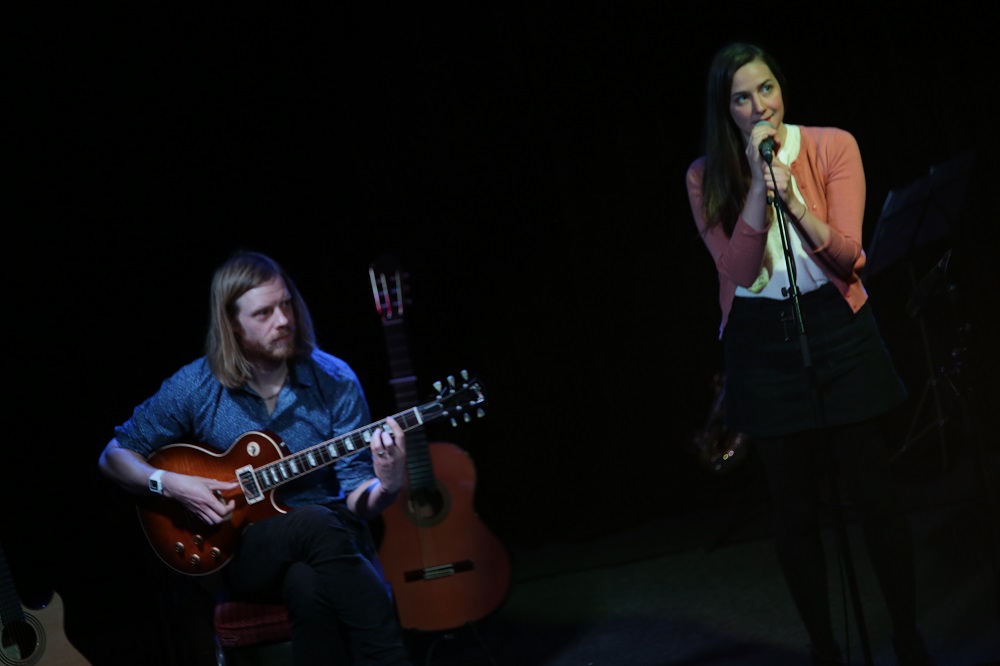 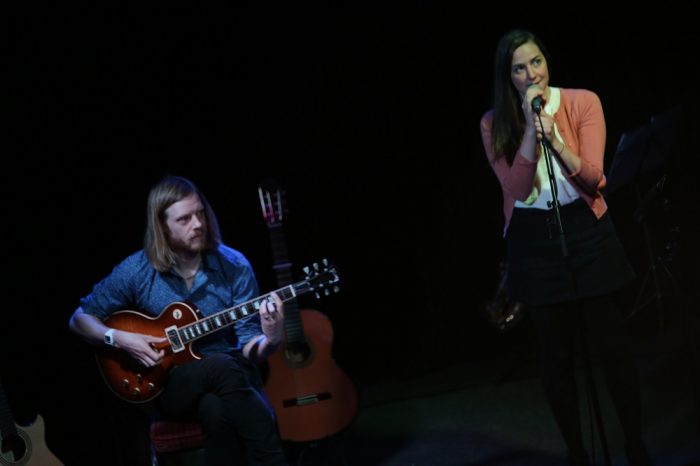 It’s not often you go to a folk gig and end up laughing most of the night but it’s fair to say sardonic singer Josienne Clarke could make a decent living on the stand up circuit.

Her deadpan, often ribald, patter between songs is so honest and hilarious it makes a real connection with the audience. Thankfully it’s not all funny stories as Clarke has a remarkable voice meshing with Ben Walker’s jaw dropping guitar.

It’s no wonder they won the BBC 2 Folk Awards Best Duo gong as their chemistry is sensational, like on the jazzy The Waning Crescent which Clarke says is about people talking to the moon, and how our nearest planetary neighbour might feel about people whining to it all the time.

Clarke is not scared to speak her mind – in fact she is positively incontinent in this respect – moaning about the current awful political climate, but says lovely new song Seedlings All is ‘not political but not about boys either.’

Folk is in many ways about storytelling and usually folkies are banging on about maritime disasters or errant knights – not so Clarke who in Driving to Chicago sings about a disastrous journey to the Windy City to a gig where literally no-one turned up to watch the duo. She says this sorry tale about the up and downs of the music industry always reminds her to ‘have a word with herself about being a fucking diva.

Clarke is a mere stripling by folk standards, but she is transfixed by the passage of time, and on The Tangled Tree she really lets rip with her incredible range that is reminiscent of the great Shirley Collins at her peak as the silent but deadly Walker adds some flamenco style acoustic flourishes.

She might also have a point that Fairport Convention were only any good when a certain member was in the band, but it is still risky to cover Fotheringay, which is forever associated with Sandy Denny. Clarke does pull it off even if she isn’t quite as good as Denny – although there is not much in it – and Walker’s guitar is just as rich as Richard Thompson. Yep, these two are operating in that sort of league.

Not content with that they decide to have a go at a ‘poncey’ classical cover taking on Elgar’s As Torrents In Summer subtly arranged from four voices into one that works solely to Clarke’s vocal prowess.

The duo are signed to indie leaning Rough Trade so have dubbed their eclectic mix of styles and influences as Corduroy Folk which makes it no surprise they cover Radiohead’s Nude with a stripped down arrangement really interrogating Thom Yorke’s words. Never shy of a challenge they have a go at Nick Drake’s wistful Time Has Told Me, and doing it with a female singer gives this very familiar song new life.

The only criticism of Clarke and Walker is given they have talent to burn why do so many cover versions when people really want to hear their own very strong material? That’s a minor quibble as this was easily the best folk gig this venue has hosted since the emotionally charged Nic Jones comeback gig.