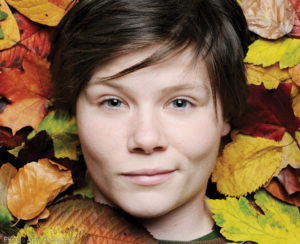 Their tour of socialist clubs across Yorkshire raising funds for a variety of causes also takes in dates are at Lightwaves Sports Centre in Wakefield on Monday, July 18, and the Red and Green Club at Milnsbridge in Huddersfield on Wednesday, July 20.

In 1999 Josie Long won the BBC New Comedy Award at the age of just 17, which actually made her too young for the champagne that picked as part of her prize. Despite the boost the award would have given to her comedy career, she took time off performing to complete her English degree at Oxford University.

Long was subsequently nominated for the Edinburgh comedy award three years running: 2010, 2011 and 2012. Long is seen as one of our most politically engaged comedians and contributes a monthly satirical cartoon to the Guardian mocking the foibles of the establishment.

Grace Petrie is a folk singer, songwriter, and activist hailing from Leicester. She first nailed her political colours to the mast in 2010 with the emotive anthem Farewell to Welfare, which captured perfectly the spirit of the new wave of dissent in austerity Britain.

Since then, she has written, recorded and toured relentlessly. Her unique takes on life, love and politics, and the warmth and wit with which they are delivered have won over audiences everywhere, and she has quietly become one of the most respected and prolific songwriters working in the UK today.

The Hebden Bridge gig – kicking off at 7.30pm -will benefit the Morning Star and the headliners are joined by Gareth Lane from the Bakers’ Union and the Living Wage Campaign. Tickets are £6 waged and Unwaged or unable to pay can donate what they can.