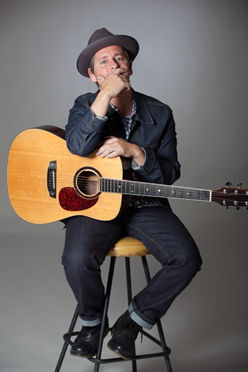 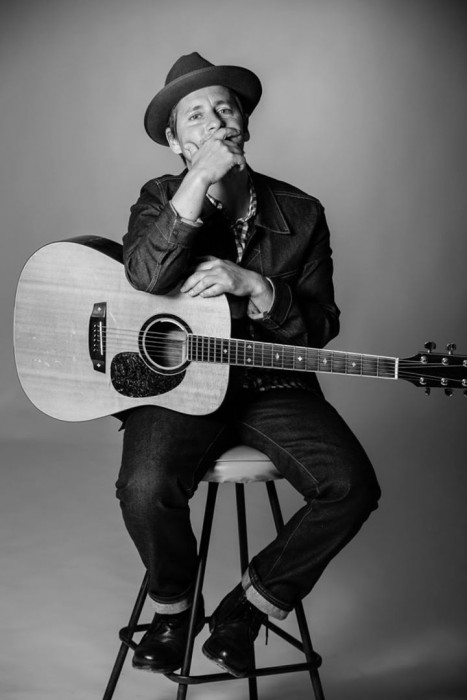 After visiting Kings Place last autumn for the Simply Dylan show , I was looking forward to visiting the venue again to see Josh Rouse. His old friend Tim Keegan opened the show. Born in Worthing, he’s been playing in bands since the end of the 80s and met Rouse at the time he was living in Nashville. He’s also a long term associate of Robyn Hitchcock with whom he has toured in the past. Backed by a double bassist and a guitarist (with a female backing singer on a couple of songs), Keegan previewed tracks from his upcoming album “The Long Game” to be released on 25th May, interspersed with tracks from his former band  Departure Lounge. A good opening act that set the mood nicely for Josh Rouse’s performance.

After welcoming us to “The Josh Rouse show” and asking us to reserve our most fervent clapping for the new songs with a sly grin, Rouse and his band launched into “Some Days I’m Golden All Night” followed by “Too Many Things On My Mind”, the two opening tracks from “The Embers Of Time”.

His band for this show is the same as  he had during his last visit to London a couple of years ago but you could feel that all the touring they did after the release of Rouse’s previous LP, “The Happiness Waltz”, really made them gel particularly on the vocal harmonies.

The set list was a model of equity as almost all his albums post “1972” got an airing (except “Subtitulo” if I’m not mistaken). The ethereal “Julie (Come Out Of The Rain)” was followed by the soulful “It’s Good To Have You”.  The songs from “1972” and “Nashville” were treated to rapturous applause  especially “Come Back” with its impossibly groovy bass line that also gave Rouse the opportunity to showcase his falsetto.

A solo-acoustic version of “1972” gave a fresh perspective on one of his most famous tunes. Rouse is one of today’s best songwriters, concocting songs with a couple of chords, leaving space in the arrangements to emphasise the impact of the lyrics. “Time” and “You Walked Through The Door” from the new record are perfect examples of that.

The back catalogue wasn’t forgotten with Nashville strongly represented by four numbers (“Why Don’t You Tell Me What”, “Carolina”, “It’s The Nightime” and “Winter In The Hamptons”). “Love Vibration” got the whole room on their feet and the band closed with a song sung in Spanish reminding us of Rouse’s adopted country.