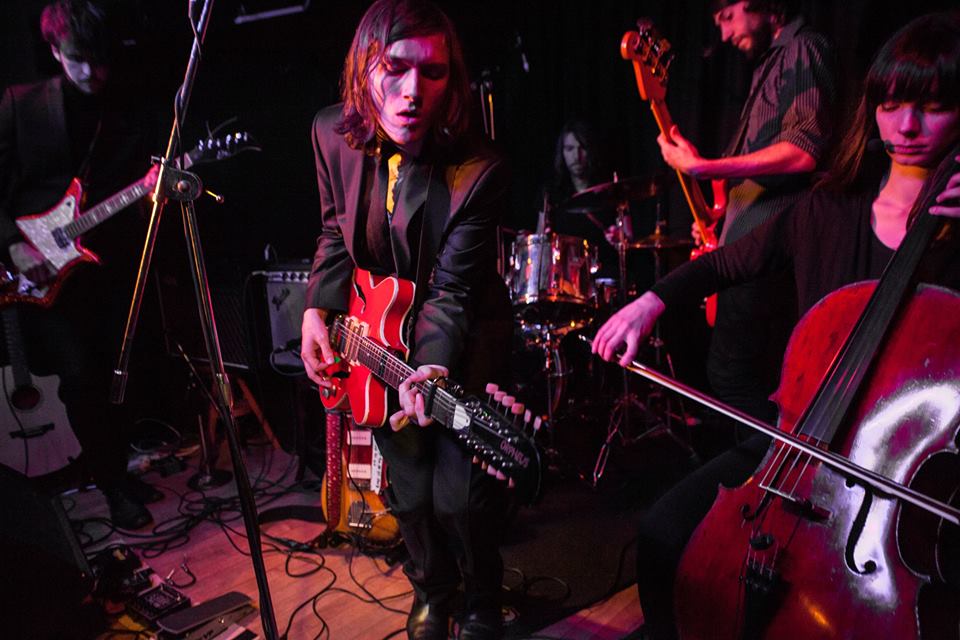 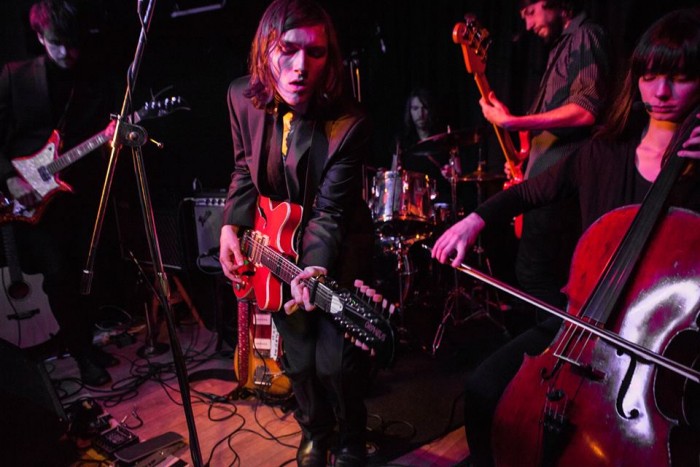 Joseph Coward has been entertaining us with his  “Thought Provoking poetic pop” for a few years now. Keith Goldhanger catches up with him on a wet Monday night in East London (Photo’s by Keira Cullinane).

It’s a reminder of how time flies when one is enjoying themselves when Joseph reminds us that the last time we met was over eighteen months ago when he played a glorious show in Camden Town assisted by the odd acoustic sidekick and bereft of percussion whilst comanding a stage that few others could get through without witnessing the odd punter dissapearing over to the bar to distract themselves as we’ve seen happen to one or two others in the past.

That’s if you don’t count the chance meeting a few days after he’d smuggled himself on stage during Ride’s Field day set, Palestinian flag in hand as a protest towards the bands decision to play in Israel last year. He’s the last person youd expect to get involved in a scrap to be honest but looking back at a show he did a couple of years ago at an all dayer in Shoreditch we’re reminded of an altercation with one of those tough looking men with gaffer taped earpieces that never look you in the eye following his performance that evening also.

The more you watch Joseph Coward the less you can imagine those incidents.

Josephs voice captivates and engrosses an audience, tonight it’s his audience. His lyrics can make you either laugh or scratch your head and tonight, in a tiny basement ending the first day of the week we attend the official launch for his new single “Weight” , his first release since 2014’s Debut album “The world Famous Joseph Coward”

“Weight” is a perfect soundtrack and this is a wonderful performance for those of us who are still getting used to the fact that our warm summer nights may still be a few months away.

Half a set with a cello player, bass player, drums and second guitarist followed by Joseph stripping down the line up member by member until he’s on his own, guitar hanging over his shoulder, and playing a couple of short tunes that keep us enthralled as we wonder where he’s heading next. It’s his articulate voice that keeps us interested, each song telling a story that may make more sense to the man himself than us who are watching, smiling and looking over our shoulder wondering who the tall fellow standing in the corner is.

That’s the only distraction this evening and all is eventually revealed as East London’s new lodger Thurston Moore doubles the people on stage for Josephs’ new offering to complete the evening.
We don’t know all the songs that Joseph has but for a short while on a damp Monday in February we get another step towards recognising the odd riff, the odd lyric and the original sounds that the flamboyant Joseph Coward yet again throws our way.
All with a twelve string a sharp suit, a few additional musicians by his side and some sharp coherent lyrics and a smattering of distorted guitar from a bloke next to him that was once in Sonic Youth.
Joseph Coward is beginning to sound more and more like Joseph Coward every time we bump into him.
And that’s always worth applauding every time we cross paths. 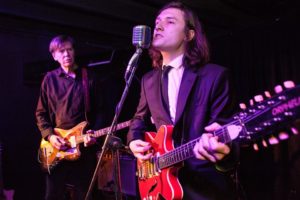