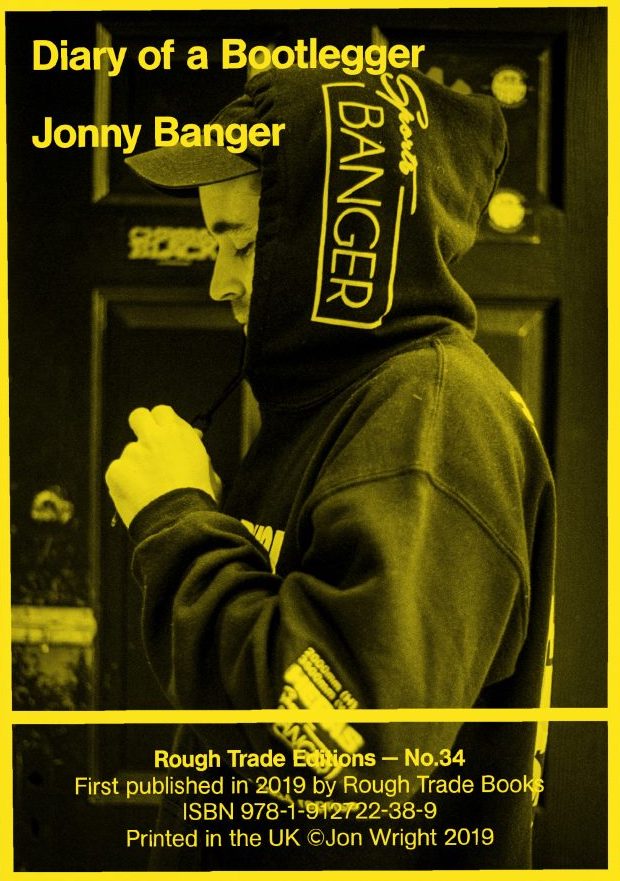 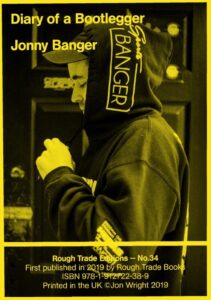 Diary of a Bootlegger tells a story of success against all odds – and there’s nothing we need more right now than that. Elliott Simpson reviews.

Rough Trade’s new series of pamphlets has acted as the perfect way to tell the stories of some of the UK’s most exciting underground voices. Not every story requires a tome-sized book and these pamphlets allow these interesting people’s ones to be told in a format that best suits them.

Diary of a Bootlegger makes fantastic use of its format. Rather than being told in a traditional manner, Sports Banger’s story is presented almost as a collage. It’s a collection of digital communication, curated and ordered to outline the rise of the DIY fashion label, with every struggle and success accounted for.

Stitched together are emails, texts, tweets, Twitter poll results, Instagram DMs, cease and desist letters, memes… And much, much more. It’s eclectic, but it works. Each snippet tells its own story – some hilarious, some heartbreaking – and together they offer up a much bigger narrative. In this sense, the book works in two different ways: you can either read it front to back or flip to a random page and gain a glimpse into what was happening in Jonny’s world during a certain week.

Curated by the label’s founder Jonny Wright, the story told by the snippets is a fascinating one. As he describes it, the DIY clothes label started from nothing but “a hand-me-down smartphone and a local internet”, but grew into a cultural phenomenon.

Guided by the belief that good fashion should be accessible to everyone and not locked behind high price tags, Jonny stumbles his way through getting the business off the ground. There are several times in the book where it seems as though everything is on the verge of tumbling down, but Jonny always manages to make it through.

It’s an inspiring story that everyone can relate to in some sense. It delivers the message that, with enough determination and perseverance, you can really achieve anything.  And in these uncertain times, it’s hard to overestimate the power of a good underdog story like this one. Jonny shows us that if you want something enough, you will get it eventually.