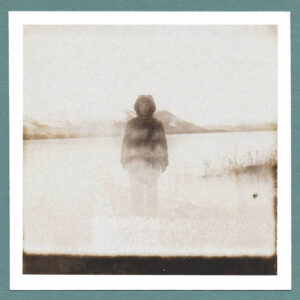 After discovering a batch of old photos of his childhood Jonathan Sharp decided to create a new work focusing on the period between 1970 and 1977. Simon Tucker reviews.

Nostalgia can be a ropey path to follow for a musician. It can create albums that create a fake Britain in the minds of its authors and their fans. Nostalgia can blend into nationalism and right now we as an island are seeped in the spitting rhetoric of those that want us to return to a non-existent past with the most crass example being those smothering the news and social media sites with this skewed view that World War II was somehow this great event where the UK showed “its strength” and did all, apparently, on our own. An imagined past also gives us the work of Pete Doherty so you can see why it is so risky. Yet here we are, trawling through the sonically reconstructed memories of Jonathan Sharp and thankfully we’re not presented with plastic images of coastal towns and an all-singing and all-dancing fake faced Brit. Instead what we get are the abstract and honest testimony of someone going through their mental library, triggered by finding a load of old photos of himself as a child.

Jonathan Sharp is a child of the seventies and this project focuses on the years 1970-1977 when he would split his time between his parents houses (Sharp’s mum lived in Cumbria whilst his dad lived in London) and what you get a real sense of when listening to this album is that whilst there were many moments of happiness during this period there was also a sense of confusions and of seeking for his true identity as a human.

Divided Time is full of well conceived and created sections that hark back to a lost childhood. This is most explicit in tracks such as Round Pond, Kensington Gardens, 1975 and Carlisle to Euston Train, 1974 where the main melody unfurls like a lullaby, catchy and memorable. These tracks embed themselves into you and become welcome earworms and like all great childhood songs they remain with you for a very long time.

One of Sharp’s most important qualities in the creation of Divided Time is his willingness to be truthful to his memories and display as much angst and uncertainty and there is childlike wonder. Over its running time the album allows for many darker twists like on the almost Mogwai-like Mews Flat, Kensington, 1974 or Bassenthwaite Lake, Frozen Over, 1976 which is suitably ghostly and unsure.

Divided Time is abstract and blurred. It is an album that is as distant as it is relevant. Listening to it you get a real sense of someone taking you through their deepest memories without them ever shying away from true emotion. A wonderful exercise in modern electronica Divided Time is a much need truth amongst the cesspit of lies that is our current state of affairs. It has the power to allow the listener to tap into their own memories with Sharp being clever enough to allow these wordless pieces to contain enough of his own personality whilst leaving enough space for the listener to go on their own trip down memory lane. I loved it.