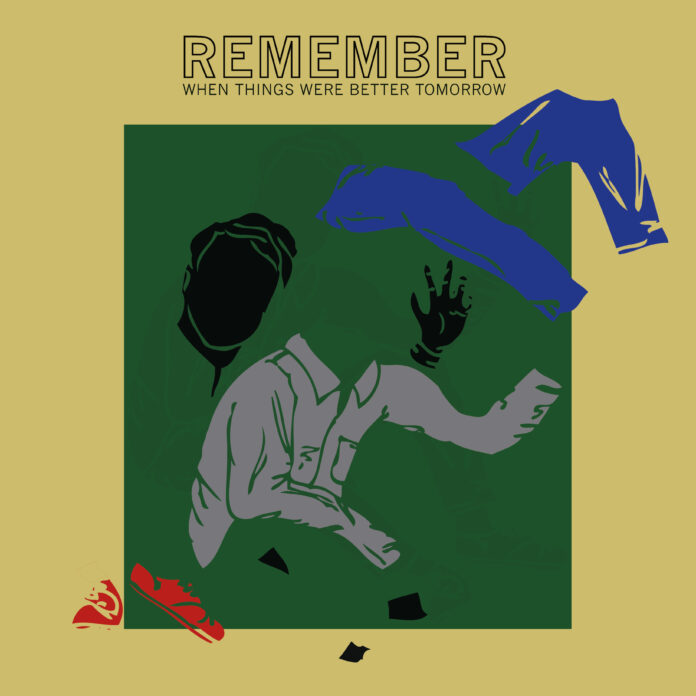 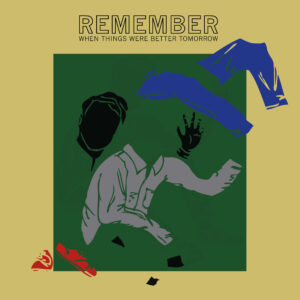 This could be a weird form of cognitive dissonance. An album that kicks against the emotional crutch of nostalgia yet is constructed with those icons of retro-fetishism, the saxophone and analogue synthesiser. One that looks to the future yet draws its inspiration from American folk traditions and early electronic music. Does not compute, right?

That Remember When Things Were Better Tomorrow does, in fact make sense, is testament to the belief and talent of its creator, Brooklyn-based baritone saxophonist Jonah Parzen-Johnson, who has managed to create a genuinely engaging, forward-looking album from these dusty sources. A synthesis, you might say, gleaning sonic fragments from the old and using them to create something new and original.

This is Parzen-Johnson’s first full-length album and he recorded it all live to to-track tape, with no overdubs, extending his deep-hued baritone sax lines with circular breathing techniques while creating gorgeously emotive analogue synth lines from  a variety of foot-controlled pedals. It all adds to the album’s organic, almost homespun quality.

And if you occasionally hear a tantalising fragment of the Appalachian folk songs that pulse through the veins of these compositions – like on If You Can’t Sleep, Just Shut Your Eyes, where Parzen-Johnson’s hoarse, melancholy horn is surrounded in a billowing shroud of synth, like a rough choir in a wooden chapel – well, it’s no big deal. He pushes that lyricism almost to breaking point later on in that same piece, the synth locking onto a single note throb while the sax starts to squeal and howl, overtones roughening its previously smooth textures.

It’s a great album, whichever way you look at it, with a warm lyricism that belies the left-field mode of its composition (and which sidesteps the coldness of much of the sonic artefacts sheltering under the wide umbrella that is ‘experimental’ music.)

Eyes Like Paddles embodies this aesthetic perfectly. The first minute and a half is a series of low-key baritone licks, warm ups almost. Just when you think lugubriousness is going to be the order of the day, there’s an abrupt shift and a layered bed of synths washes in, almost ravey in its laser guided oscillations. Big-hearted horn riffs soar across this dayglo canvas, meaty yet cheery, like Mats Gustafsson on happy pills and curling round the upper registers of the synths. At the end, the synths fade away, as if from a dream, and we’re back with that solitary horn.

The album comes furnished with a clutch of remixes that offer alternate directions for Parzen-Johnson’s singular vision. Anthony LaMarca adds all sorts of limpid echoes and whispy guitars to Eyes Like Paddles, but the result is a bit sweet toothed for this old grumpus. Diamond Terrifer teleports the twitching nerviness of Never Stop Counting into a more pastoral realm with a synth-washed ambient take that’s green tea to the original’s triple espresso.

Adam Schaltz’s take on If You Can’t Sleep, Just Shut Your Eyes is, for my money the most satisfying of the three, retooling the original’s bright lyricism with a gritty synth pulse and filtering the main horn line to give it a wavering Ethio-jazz vibe.

The idea of nostalgia is central to Parzen-Johnson’s vision for this album. “I wrote these songs around the idea that the best period in my generation’s lifespan was gone,” he says in album’s release notes. But between writing and recording, something changed. “After a few nights on the road … I saw how lazy I was being,” he continues. “It doesn’t feel good to be devoting so much time to counting the ways we’ve failed, and ignoring the hundreds of little ways I could be fixing this mess.”

These words have resonated as I’ve written this review in the wake of a UK general glection that seems to have delivered only a mandate for inequality, denuded public services and misguided austerity politics. But this isn’t a militant album. It draws its emotional heft not from rage but optimism. “It’s time to stop drowning in nostalgia,” says Parzen-Johnson, and Remember When Things Were Better Tomorrow reflects that aspiration. Not just in the title, but in the compositional approach he takes, smoothing out his reference points to create something fresh rather than emphasising them. Puree rather than collage. New from old. Tomorrow rather than yesterday. Perhaps, even, nurturing the seeds of renewal from the muddy clay of defeat.

This optimism pulses through the record. It’s there from the first notes of opening track I Keep Thinking Sit Down, which morphs from melody to dissonance within a few short minutes, its astringent bursts strangely euphoric, like diving into a clear blue sea, its harsh edges occasionally deliberately softened by Parzen-Johnson, as if moving from a shout to whisper, instantly. It is Coltrane crossed with Godspeed! You Black Emperor. Freedom cries. Joyful  drones. I’d like to think this album is what hope sounds like. We‘re in dire need of it now.