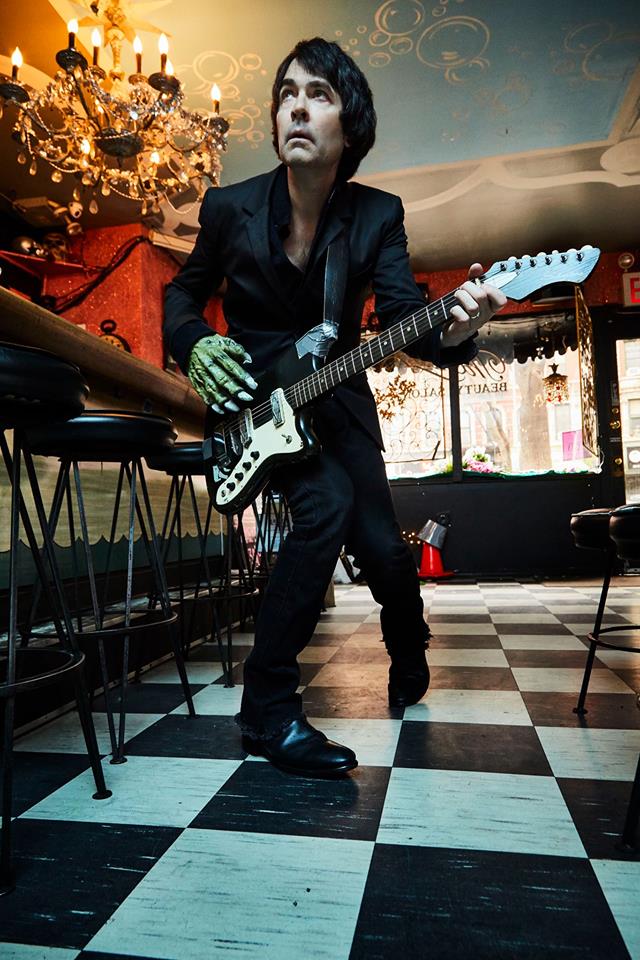 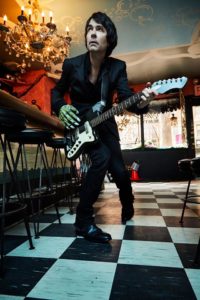 An epic evening of high octane Garage Rock from the one and only Jon Spencer as he and the Hitmakers set Newcastle alight!

Tonight Jon Spencer makes a very, very welcome return to the Cluny in Newcastle as part of his Hitmakers tour, fresh off the back of a run of dates supporting The Melvins. Opening the show is Birmingham’s Black Mekon who confess that they’ve had to be very careful about tonight’s set as they’ve plagiarised a great deal of Spencer’s work in the past. However, their set is packed with tight Garage Punk Rock that has this already packed crowd nodding and dancing along throughout.

These short sharp blasts of riffs and drums are the perfect opening to tonight’s show, yet whilst the Black Mekon are in stellar form and on any normal night it would take a lot to blow these guys off stage. Waiting in the wings is the incomparable Jon Spencer who struts on to the stage and is immediately given a hero’s welcome by this delighted crowd. For many viewing is limited tonight as the venue is tightly packed with middle-aged men who are pogoing along throughout like over excited teenagers.

To start off with Spencer barely says a word to the crowd, instead it is just a consistent and constant barrage of noise. Tracks blending almost seamlessly from one to the next, the wail of his guitar the sharpness of Bob Bert’s percussion, Sam Coombes bright synths all the while M Sord’s pounding backbeat provides the ecstatic backing for everyone else to shine.

The set is a myriad of tracks which spans the old and the new, the obvious hefty leaning on Spencer Sings The Hits! is to be expected and the likes of Do The Trash Can, Ghost and I Got The Hits all seem to be crowd favourites. These new tracks sliding perfectly alongside old favourites, Spencer is a ferocious ball of energy throughout this electric set. Even when Sam Coombes takes the lead for Tough Times In Plastic Land the intensity doesn’t stop at any point.

Closing out the main set with an ecstatic rendition of the Modern Lovers track Roadrunner, Spencer leaves the crowd to sing most of it, before returning to indulge this packed crowd once more. With an encore that Hornet, Fake, New Breed and Just Wanna Die it feels like the perfect way to end this incredible set. Tonight Jon Spencer and The Hitmakers are well and truly on fire, shouts and screams willing them back to the stage ring out throughout the entire venue, alas they do not return leaving an already fulfilled crowd begging for more!

~
Jon Spencer can be found online here thejonspencerbluesexplosion.com. He is also on Facebook.