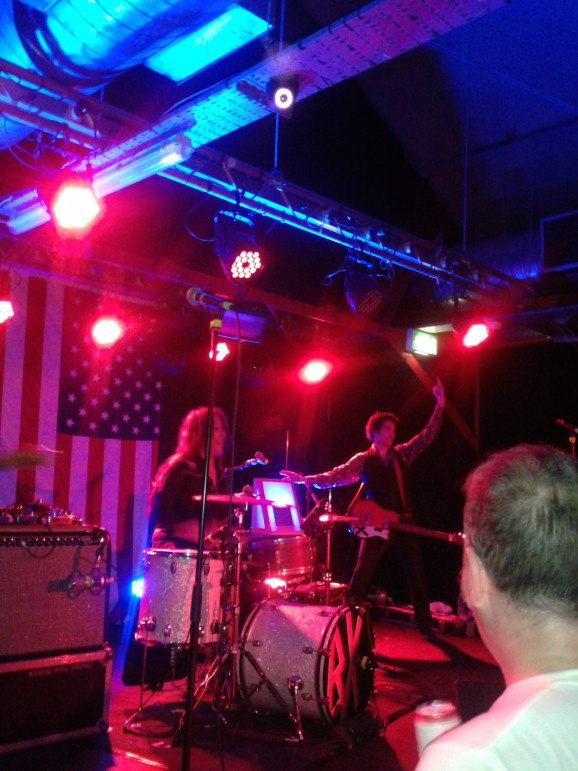 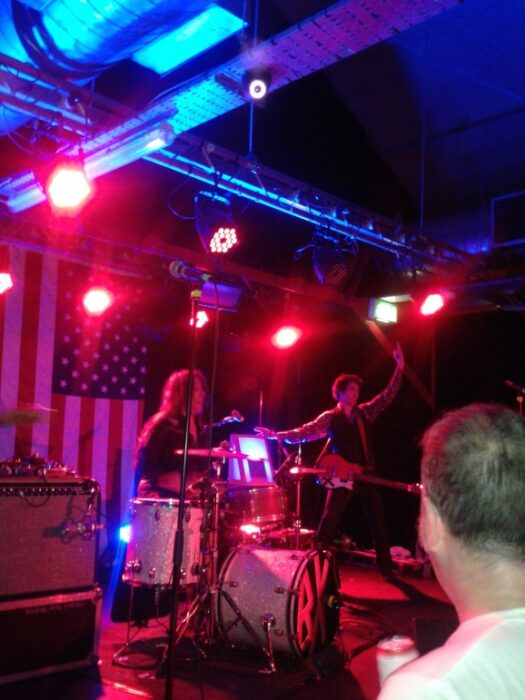 It’s incredible to think that the ageless Jon Spencer has been doing this for nearly 30 years now. His skinny, beanpole frame and his rosy cheeked demeanour make him look exactly the same age as when he first appeared on the radar with Pussy Galore and their brilliant, stub toed riff garage industrial power tool grunk.

These days he has a variety of projects on the go but the most loved one is the Blues Explosion who are currently on a creative high after a few years away from the coal face. Their current album, Freedom Tower, is full of great moments – all that spiky split second timing, clipped guitar, neo hop hop drum drops and switches that the band excel at and it drips and oozes the sticky black funk that the band deal so well with their blues treacle.

Live it’s an even more energised take on the album and the packed venue pays homage to the band who are at the top of their game.

As Jon Spencer steps out onto the stage he quips a trademark “Welcome to the show Ladies and Gentlemen” – a piece of showbiz schtick that ushers the show before the band kicks in. Dressed in a flowery shirt and with a waistcoat and his hair currently cropped short Spencer dominates the stage as he zig zags around with a nervous energy in front of the stars and stripes flag backdrop. He is flanked by two identical screens on either side of the stage with a projection/film on loop of clips from American 50’s Sci-fi films, CBGB, New York Dolls, Andy Warhol, Peter Cushing/Christopher Lee Dracula – a pop culture roll call full of reference points for the beady eyed.

Darting across the stage he hammers his guitar and hollers his roots yelp as the band kick out the jams with a power and intensity that is their trademark. Sometimes he switches to to play the Theremin whilst playing the showbiz preacher man thing to the hilt encouraging the crowd to put their hands in the air clapping or encouraging everyone to participate in refrain ‘Yeah’

At one point there is an inaudible shout from one person in the crowd to which he replies with “I appreciate that” whilst putting his hand on his heart – it’s like Elvis without the marshmallow overkill! Toying and playing with the crowd he exclaims “ Let’s make love – you’re young, I’m old..!’ and then pointing and talking to some crowd members muttering ‘make babies’ or some kin of similar ad lib whilst every now and then shouting out the trademark ‘Blues Explosion……Blues Explosion…’

Meanwhile the music is as impeccable as ever. Full of licks and ideas and delivered in their trademark stop/start fast/slow manner but without losing the groove and it sounds great. The sheer speed ad scale of the ideas marks them out as they switch rhythms and instruments with ease like when Judah Bauer gets up to play harmonica on one song and delivers a rap. The one hour of tightly packed brilliance ends with Bauer bouncing across the stage in his cool white shoes, shaking hands with the crowd all along the front row – as he really appreciates the hot response.

With the set culled two thirds from the current Freedom Tower album it should be tricky but when your band is on fire and the album is really strong it makes a real difference, this is a band still on fire deep into their story and a celebration of American rock n roll at its best.