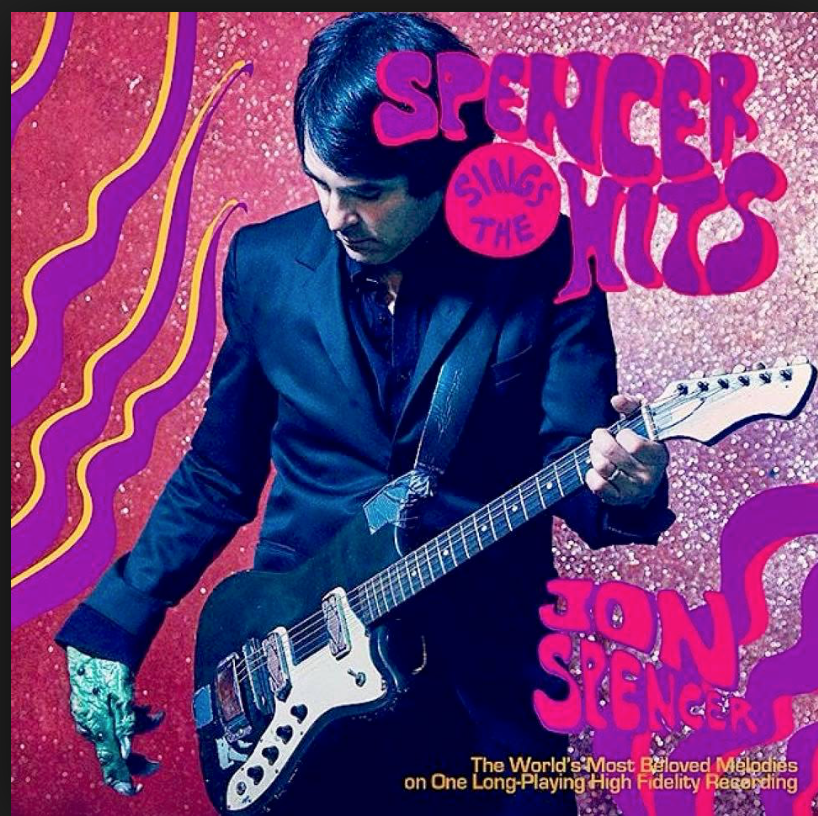 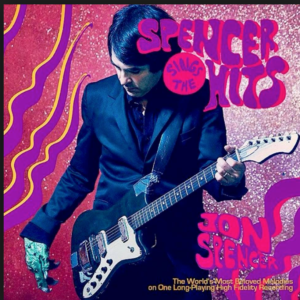 ‘SPENCER SINGS THE HITS!’ RELEASED NOVEMBER 2nd VIA IN THE RED RECORDS

Check out ‘Do The Trash Can’ – the album’s explosive opening track here:
https://www.youtube.com/watch?v=VB_ImhZTUBc

JON SPENCER, THE BLUES EXPLOSION MAN who put the BELLBOTTOMS on BABY DRIVER! The Top Cat who spread the Secret Sauce in BOSS HOG! The Rockabilly Right-Hook from Heavyweight Outlaws HEAVY TRASH! The Swank-Fucking Master of PUSSY GALORE!

Jon Spencer is back! Often imitated, never duplicated, the original NYC underground-rock legend returns from the wilderness with twelve red-hot hits, each more powerful than the last!

This is Garage Punk for Now People! A wizard’s brew of rhythm & blues and subversive dance grooves, weaponized with sci-fi skronk and industrial attitude, calibrated for the Revolution, a ball-peen hammer of sound guaranteed to destroy any post-modern hangover!

Pulsing with energy, clanging with excitement, and dripping with radioactive soul and raw emotion, Jon Spencer opens up his heart like never before, exploring man’s modern condition with caustic guitars and outerworld crooning, asking and answering the musical question, “Is it possible to torch the cut-throat world of fake news and pre-fab, plastic-coated teen ennui with the cold hard facts of rock’n’roll?”

THE ANSWER IS YES! SPENCER SINGS THE HITS!

This is the truth serum the World has been craving, the beginning of a rock’n’roll special counsel that takes no prisoners and puts the squares on ice.

For the recording, Jon travelled to the wilds of Benton Harbor, MI, to work with Bill Skibbe at the fabled Key Club Recording Company (where he had previously recorded the 2012 Blues Explosion album ‘Meat and Bone’) and enlisted the help and talents of friends Sam Coomes (Quasi, Heatmeiser) and M. Sord (M. Sord) to help track the songs.

“Sam is someone with whom I have crossed paths many times over the years, explains Spencer. “I have always been a fan of his wild keyboard style and twisted tunesmith-ery. (In fact we kicked around the idea of a collaboration way back in the early aughts.) I got to know Sord from previous visits to and projects done at the Key Club (Andre Williams, JSBX, & Boss Hog), he was the handyman and assistant engineer that turned out to be a great drummer.”
They set to work in the fall of 2017 where the songs were roughed out and brought to life on the studio floor, before the session was cut short due to the sudden death of Jon’s father-in-law.

“I had to rush back East to be with family, he explains. “But we accomplished enough – got basics down for all songs. I went back to Michigan (solo) in January to overdub and mix. In general, throughout the project, I tried not to overthink anything and instead just kept pushing forward, trusting in my instincts. I figured that I had already spent months and years thinking about this record and these songs”

‘Spencer Sings The Hits!’ comes strutting and swaggering out of your speakers, opening track ‘Do The Trash Can’, revving into life with a stripped-down floor tom-snare groove, before Spencer detonates the song into life with a howl of distortion and noise. It’s perfect Jon Spencer rock n’ roll in every way and with a sly nod to the past, features the clanking metal percussion associated with former band Pussy Galore (* former Pussy Galore cohort Bob Bert will be banging metal on live dates!)

“Nothing like digging the gas tank from an old Chevy out of a Michigan junkyard snow bank in January,” laughs Spencer. “The junkyard owner kept asking me if the metal was for a school project, but as a bluegrass player he could understand the possible use for a recording session.”

Eleven prime slices of righteous rock n’roll follow. Smouldering and smoking and exploding out of the valves. Jon Spencer IS rock n’roll.

‘Spencer Sings the Hits!’ is released November 2nd on In The Red Records and is available to pre-order from:

Catch Jon Spencer live at the following dates, supporting the Melvins in the UK. Tickets go on sale Friday July 27th at 10am.