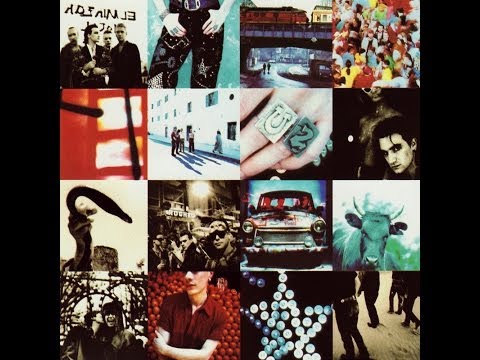 I know, I know! Controversial huh? Is it ok to like U2? Is it?
Well you see this album came out when my band were at the pinnacle of our powers, so it followed us (or we followed it?) on every radio station across the globe for 2 years as we ventured into new territories on our indie rock juggernaut!
What I like about this album, aside from some great songs, is the monumental climb-down they took from the pompous overweight US-indulgent glob of vom that was Rattle & Hum the previous album. I got the feeling that they’d sold out to the vast US market BUT then used the spoils to go and break some pop-rock eggs. They really could have continued drilling into their own orifice but chose to seek out the likes of Brian Eno, Daniel Lanois and Flood – I commend them for that.