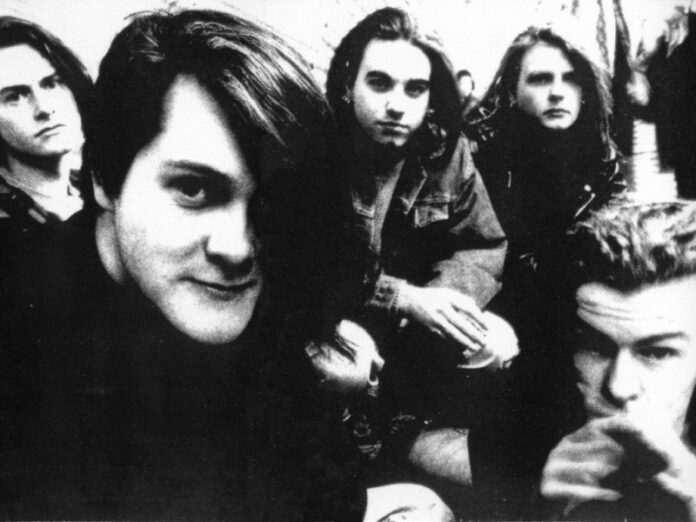 Named after a Goon Show as a tribute to the genius of Spike Milligan, Ned’s Atomic Dustbin were the young ‘uns from the so called grebo scene of Pop Will Eat Itself and The Wonder Stuff who broke big in the USA before taking several years out.

25 years ago Ned’s Atomic Dustbin were playing around, having a hearty laugh at their Frankenstein-esque song writing technique. With 5 strong minds, all hard to please and easily distracted by anything less than the perfect riff, the band had by necessity and quite accidentally hit upon the solution – grab the strongest body parts of each session, stitch them together by fair means or foul and create an indie rock monster!

In July 1990 ‘Kill Your Television’ shot straight to #1 in the Indie Charts – no greater example of Ned’s marvelous mash-up exists!

On July 17th 2015 the band return to the scene of the crime when Koko, as was Camden Palace, will see the band back on the stage where they first performed what is widely considered their most noteworthy moment and certainly their breakthrough single. 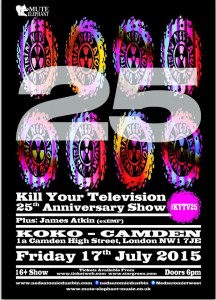 Tickets are available from the LTW Shop.

All of which reminded us that Jon Penney from Neds gave us his Top 10 favourite albums in July 2014;

The first time I heard Joni it was a life-changer for me, although I heard Clouds first. Blue just affirmed and branded me a Joni worshipper. “Songs are like tattoos you know” – ‘Blue’.
‘A Case of You’ makes me ache the way only a biological need can – it’s the biological need for that person you are meant to be with.

I still find it impossible to believe that such a young body wrote such an amazingly ‘old’ album.

Tom sounds like the uncle you never had – the one you’d dream of having because he’s done everything before and made all of the mistakes for you to learn by proxy! ’I Hope That I Don’t Fall In Love with You’ is the absolute pinnacle for me…”These old tomcat feelings you don’t understand…” Genius.

The lesson learned from this album was that I needed to let the tunes do the talking for me. What I mean is that Liz Fraser’s words may be nonsense but they still mean something emotionally – I realised that writing lyrics is easy once you’ve allowed the tune to make you feel something. That something suggests the words and then they slot nicely into place… 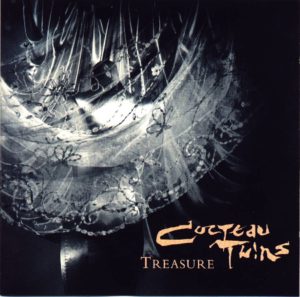 Up until I heard this record I don’t think I really believed in rock music as a truly ‘honest’ medium. So much of the powerful rock I’d heard was just so posy or pouty or plain daft but Jane’s Addiction are utterly unique – Farrell’s words and delivery are painfully candid. It’s warts an’ all regardless of what it may make you think of him. This record gave me courage to just yawp out the raw feelings however naive, pitiful, indulgent, embarrassing and, yes, just plain daft they made me sound!

Probably the first album I used as a heartbreak crutch! Sometimes a spotty teen needs to bathe in the pain of rejection and this is the album to do that. In ‘A Night Like This’ Smith says “your trust the most gorgeously stupid thing I ever cut in the world” – ahh, the pangs of your first real betrayal…! 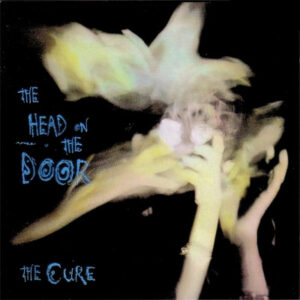 Julian Cope is a real hero of mine. He is so brave to have followed his nose in whichever direction it’s taken him and damn the doubters! He’d probably curse me for lording his Teardrop stuff over his solo stuff because he lives in the present, however I love this album just for being stuffed full of fun and irreverence. It also taught me that your words don’t have to make sense, your metaphors don’t have to be refined and your logic doesn’t have to be watertight. In ‘The Great Dominions’ Cope says “I’m still stuck in this pickle jar on a paper carpet” – utter nonsense but you kind of know what he’s getting at! 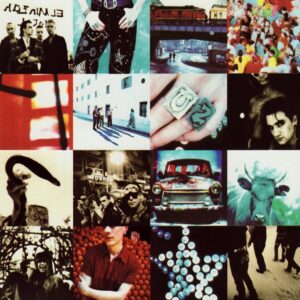 Well you see this album came out when my band were at the pinnacle of our powers, so it followed us (or we followed it?) on every radio station across the globe for 2 years as we ventured into new territories on our indie rock juggernaut!

What I like about this album, aside from some great songs, is the monumental climb-down they took from the pompous overweight US-indulgent glob of vom that was Rattle & Hum the previous album. I got the feeling that they’d sold out to the vast US market BUT then used the spoils to go and break some pop-rock eggs. They really could have continued drilling into their own orifice but chose to seek out the likes of Brian Eno, Daniel Lanois and Flood – I commend them for that. 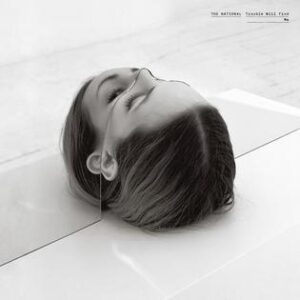 You will have noticed possibly the distinct lack of contemporary music in my list? There is no prejudice here – simply lack of hours to find it in this 40-something life I now lead.
The National happened on me when I flicked channels to Jools Holland one night (I never flick channels to Jools Holland by-the-way) and I just instantly connected with them. I absolutely adore this album with its crazy time signatures, gaping open spaces and tenderly crafted words from a guy who describes his world through bizarre story snippets. This guy even names names – be they real or not I love their conversational threads. Highlight for me is ‘I Need My Girl’ – “I know I was a 45 percenter then”, just because it’s not 50%. All praise the curmudgeonly!

I grew up on Simon & Garfunkel. My mother played them constantly and they seeped into my very being – giving me a very early appreciation for great song writing.
Lesser known tracks on this album I’d recommend are ‘Blessed’ and ‘April Come She Will’ – there’s a chemistry here that’s incredibly rare – a chemistry I miss when I listen to Paul Simon’s solo material.

What? Freedom that’s what! Similarly to McCulloch’s Liverpool buddy-turned-competitor Julian Cope – it’s the way these words are allowed to splurge their way out and slip into a delightful tune as if they grew there! Ocean Rain is an absolute masterpiece that really does set the template for ‘classic indie’ – ask Coldplay and a myriad others influenced by it.