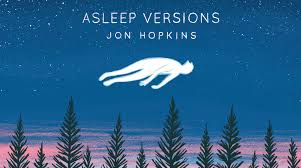 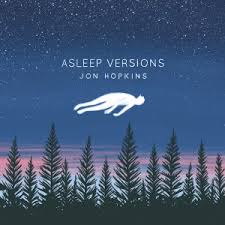 It has been quite a time for Jon Hopkins of late. Last year he released Immunity, a beautiful album full of depth and emotion, which not only garnered praise from critics but from music lovers everywhere (it was easily this writer’s album of the year). Then began an almost non-stop touring schedule which took in Green Man, the Royal Festival Hall, Glastonbury, and countless other esteemed festivals and venues around the world.

Not one to rest on his laurels, Hopkins is currently in Tokyo working on Immunity’s follow up and has also managed to create the Asleep Versions EP, which contains four remixed tracks from the aforementioned Immunity.

Writing outside of London for the very first time, Jon travelled to Iceland and to its famous Sundlaugin studio (the huge swimming pool which was converted into a studio by Siguor Ros who proceeded to record their now seminal album () there).

The change in location has obviously had an affect on Immunity’s author as Asleep Versions shares the same headspace as many of Siquor Ros’ releases. Obviously, Hopkins is not a newcomer to the world of ambient music considering he has worked with one of its most celebrated figures, Brian Eno, and Immunity itself contains many moments of introspective beauty which makes the remixes sonically not a surprise but more of a further exploration into the world of half-sleep and daydream.

Opener Immunity (which sees him once again working with King Creosote) drifts into earshot, with King Creosote’s vocals sometimes up front in the mix, before they drift away again trying desperately to reach us. As Immunity progresses it gets denser and denser with the analogue organ adding some grit, anchoring the tune so that it never once threatens to float by. There is actually a dark undercurrent throughout its six minutes + running time which elevates the song and keeps the listener guessing on which way it will turn next.

Follower Form By Firelight adds more rhythm to proceedings as it utilises bass to create something that is at once ambient yet also strangely danceable. Raphaelle Standell’s stunning vocal is used more as a guiding hand than an actual lead vocal in the traditional sense as it never stays close to you for long, making you follow it down the rabbit hole. This is an extremely romantic and passionate piece of music which contains extreme amounts of sexuality and is not just to be enjoyed on your own.

The sound of a train rolling on tracks then introduces us to the Asleep Version of Breathe This Air. An enormously popular cut on Immunity, this version takes the original’s piano motif as its source, cuts up the vocals and removes the bass. What you are left with is a piece of music that is gut-wrenching in its beauty.

Closer, Open Eye Signal (Asleep Version) is an intense listen which slowly bursts into technicolour life with a choral sound (Hopkins’ own voice layered heavily and pitched up) that is gospel music at its purest. Whilst this version has removed the driving bass sound of its original version, it loses none of its potency acting more like a sister version than a retread. As the piano gets introduced seven minutes in, we are slowly and finally taken to the EP’s resting place.

For centuries artists have been intrigued with concepts of afterlife or of sleep states and many of them have created their best works whilst focusing on these subjects. With Asleep Versions, Jon Hopkins has created a meditative piece of music that asks many questions of its listeners. It is a rewarding, spiritual listen that radiates positivity and well-being, a mantra for the modern, cluttered world. No cheap cash in, this EP is one of those rare remix projects that can easily stand proud next to its parent release, and at times, even surpasses it.

I honestly cannot wait to hear what he does next.