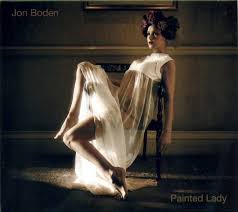 A handy reminder of the debut solo album from Jon Boden – the musician destined to  be forever labelled ‘former Bellowhead frontman’ –  as he heads forth along  a new solo career path. The tenth anniversary re-issue comes complete with specially recorded bonus tracks which possibly  notice of what we could possibly expect in his new direction.

Jon Boden has balls. No doubting that. A resolute singular vision too.

He’d have to, having cast himself adrift of  the good ship Bellowhead a year ago with  a strong  sense of ‘been there done that’ acquiring a drawer full of T shirts along the way – Folk Awards, chart positions, national radio airplay and acclaim galore. There have of course been the stop offs  along the Bellowhead journey  via his dealings with the likes of The Remnant Kings, Eliza Carthy’s Ratcatchers and the Spiers & Boden duo but when you get a calling………. We’re talking about his passion for not just communal and social singing, but for simply singing, without the trappings of being part of  the beast that the main job had become. His Folk Song A Day project is testament to that,  as was his keynote speech to the 2104 English Folk Expo event displaying a commitment and passionate fervour for the cause.

He’s touched on the solo path too as one of the side roads which has now become the main route. 2009’s excellent  ‘Songs From The Floodplain’ was  more traditionally rooted musically with its starkness and  dystopian lyrical vision. Prior to that 2006 saw the release of his first solo venture, ‘Painted Lady’ which now comes as a re-issue on its tenth anniversary and seems to complete a full cycle back to his status as a solo artist.  Quite a bold statement it is too, seeing Boden fly totally solo aside a Fay Hield cameo. It also sees him  playing a mixture of instruments from the traditional to the diverse, reflecting his   experimental side, the desire to present folk songs in a different light – one not dissimilar to the ‘B’ band template.

Not just an assortment  of electric instruments and sounds but the opportunity to show his chops as a guitar player in a guise rarely seen. It’s not  duckwalking with the low slung Gibson but more in terms of deploying the instrument to create soundscapes  such as the  distorted guitar effects worthy of The Edge in the avant garde noise fest  ‘Pocketful Of Mud’  contrasted with some finely adept  acoustic playing – the more traditional, as in ‘expected’,  in ‘True Love’ which carries  a melody in the same ballpark as Dylan’s ‘Tomorrow Is A Long Time’. The chug of  ‘Josephine’ could easily shift in one direction to Frank Turner land (after all he’s used the title) or into a more easy listening Van Morrison.  The re-issue has  the added attraction of a couple of extra songs including  seeing what he’s done with Whitney’s ‘I Want To Dance With Somebody’ which as you’d expect, is respectfully done without losing his  folk integrity.

Maybe a slightly forgotten  album which in the light of the JB solo direction might now get a more valued appraisal as the fledgling vision that offered a view of the  Boden ambition.
Watch a performance of ‘All Hang Down’ here:

The Jon Boden website can be found  at : https://www.jonboden.com/

He is  also on Facebook  and tweets  as @boden_jon