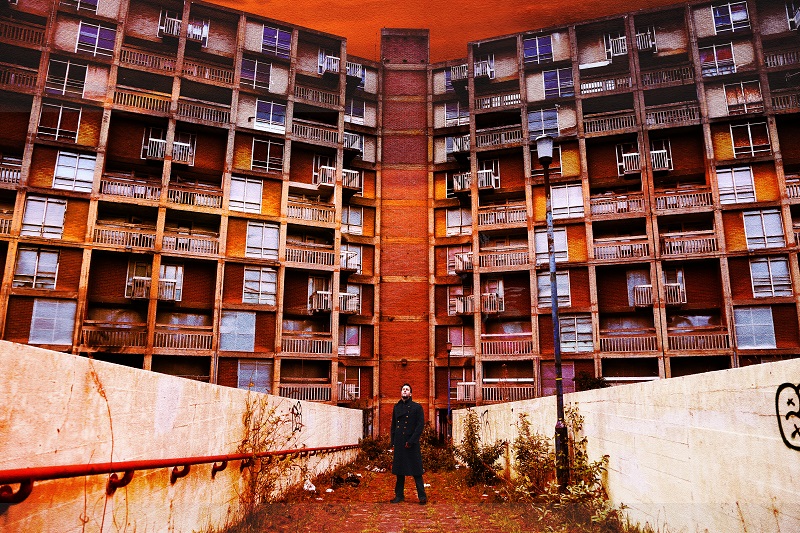 We are thrilled to present an exclusive premiere of a track from the forthcoming album from folk music icon Jon Boden. Taken from Afterglow – released  via Hudson Records on October 6, 2017 –  it gives another  flavour, as presented on Moths In The Gaslight and All The Stars Are Out Tonight,  of the post apocalyptic themes first addressed on 2009’s Songs From The Floodplain.

Speaking about Bee Sting, a track that points to Jon’s past experiences at Lewes’ (East Sussex) infamous bonfire night, he says: “There is a wildness about it that is often hinted at in large bonfire night celebrations, but Lewes really takes it a lot further, with half-barrels of burning tar being dragged along the narrow, medieval (and one would imagine rather flammable) streets, plus there are several bonfire societies who compete to burn the most impressive effigy – often of present day political figures. And then there is the sheer weight of numbers – the streets are rammed and it is not possible to move against the tide of the crowd. This is where the idea of the two lovers nearly meeting up very early in the evening but then being parted by the weight of the crowd came from.”

The former frontman of progressive folk eleven-piece Bellowhead,  Jon Boden  recently curated the Cambridge Folk Festival where he debuted tracks from the new album.  Afterglow is Boden’s first solo  studio release since 2009’s Songs From The Floodplain. Recorded in Sheffield with the help of The Remnant Kings, & with Andy Bell in the producer’s chair, the new album finds Boden drawing both from traditions of the past and his own experiences of present society, as heavily as it does an imagined near-future. He will be performing material from the new album – both solo and with his band The Remnant Kings – across an extensive winter tour,

UK Tour to run throughout November 2017: