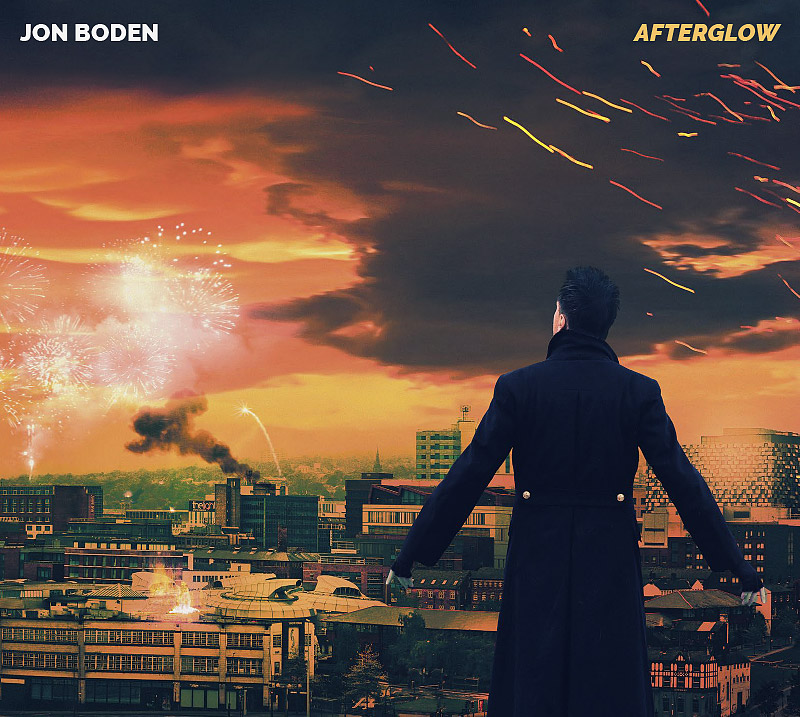 The second instalment of a solo album trilogy from Jon Boden that began with 2009’s Songs From The Floodplain, continues in a  post apocalyptic theme.

So for the full on post-apocalyptic experience, gather some wood, pull on the overcoat and fingerless woolly gloves and light your campfires to accompany the soundtrack. For a less bucolic version, gather round the fire pit in the garden and bask in the deep ochre afterglow of burning barrels. And why not as Jon Boden has taken up the baton himself both at Cambridge Folk Festival and Cecil Sharp House in presenting a campfire set to showcase the new songs. Present them in the context about  which they were written. Immerse yourself in the expereince.

For those of us satisfied to stay at home with the convenience to listen via of our choice of formats, it’s an album that finds Boden’s narrative relocated to a street festival with the plight of two lovers and their attempts to find one another amidst a scene of decaying buildings, burning oil drums and homemade fireworks (don’t try this at home). A scene he surveys from the front cover. At the core, the scarcity of the luxuries of modern life and a simpler yet fragile existence.

It sees the return of The Remnant Kings, once a small band of friends and supporting musicians, now expanded into a ten piece live incarnation  yet one that seems some distance (although not ten thousand miles away) from any  notable previous big band incarnation. Afterglow also sees a focus on Jon Boden the songwriter; one with  a clear vision and one taking the chance to step slightly aside from  attending to the itch of the more traditional folk direction that gets a regular scratching with his Folk Song A Day contributions

It also sees him sidestepping the more obvious dashing flights of folk fiddling or romps through daring arrangements of tongue in cheek arrangements of traditional songs. He may have disregarded the more uptempo options, opting for a general mood of solemnity and dignified assurance. Quite a stark contrast to the flood  of end of year quality folk music releases that accompanies Afterglow’s release and on a different musical page than Songs From The Floodplain’s dystopian roots that emerged in  a more traditionally organic  folk instrumentation and sound.

With the Lewes notorious Bonfire night free for all providing one of several contemporary reference points, the arching impression of Afterglow is of a musical and theatrical film noir as the concept gathers momentum and plays out.  There’s no denying one of the key centrepieces in the regal arrangement of Fires Of Midnight while the life force of All The Stars Are Coming Out Tonight might be the one song that acknowledges a more familiar recent past. The extended string drenched Yellow Lights and Audabe see the album out in a low key fashion, ending on a note of a red sun rising amidst gentle morning birdsong

Fair play to Mr B by avoiding the tried and trusted and commercially viable, but offering a new light on something unfamiliar – the polished contemporary approach leading comparisons with groundbreakers in the rock and pop field. While Afterglow has prompted grand comparisons with Bowie and Bush elsewhere, some may find the subject matter inaccessibly highbrow, possibly even a tad  ostentatious, yetothers may welcome the fresh approach, keen to appreciate the development of an artist whose self belief in his direction remains unwavering. For sure, Afterglow is an album that  will definitely challenge conceptions (and preconceptions) of the place of Jon Boden in the folk framework.

And to think, we got through the review without once mentioning Bellowhead…

You can listen to Moths In The Gaslight from the album here: