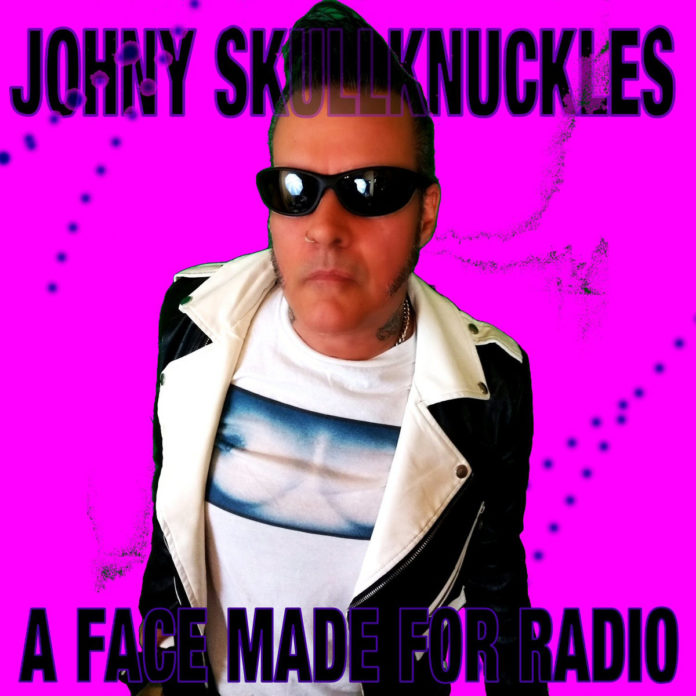 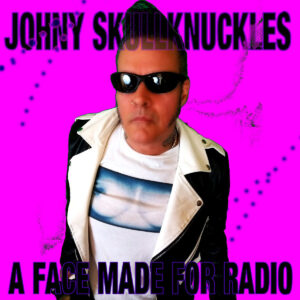 This new four track solo EP from Johny Skullknuckles is a welcome blast of no-nonsense punk rock ’n’ roll after the dire, never-ending wall of Xmas dross that we are subjected to relentlessly through December. I would hazard a guess that hell itself resonates to the sound of ‘Santa Baby’, or even worse – ‘Last Christmas’.

For the uninitiated a brief career resume – JSK has brought his low-slung, Les Paul stylings to a surprisingly wide range of bands within the spectrum of punk, rock and sleaze. Notable entries on the CV include Jayne County and The Business, and most recently – and still ongoing in an on-and-off fashion, with Goldblade.

His current band, The Kopek Millionaires, have been gigging steadily for a few years now and have an impressive catalogue of punk anthems under their belt – and all still available on Bandcamp. This new EP features Johny covering all the bases himself in a Roy Wood-like solo endeavour. In reality, it still sounds like the Kopek Millionaires, but as he is responsible for writing and singing the songs in the KM’s that is no surprise. Fortunately, that is also a good thing as the Millionaires are one of the few guaranteed sure things for seekers of no-frills, all-thrills rock ’n’ roll these days.

A Face Made For Radio EP by Johny Skullknuckles

For a quick shorthand to what the songs sound like on the new EP, think short, punchy and to-the- point, punk-fired rock ’n’ roll. Songs with a chorus that you can remember and a sense of humour. If you imagine the Buzzcocks meeting The Ramones with a dash of Jilted John (lyrically), you won’t be far off the mark.

This is a limited-edition release with a couple of extra goodies thrown in, so head off to Bandcamp to pick yours up before they’re all gone. Incidentally, for fans of the JSK visual aesthetic, take a trip to Rockers UK on Oldham Street, pretty much the only place in the North of England selling cool clothes for rock ’n’ roll people!