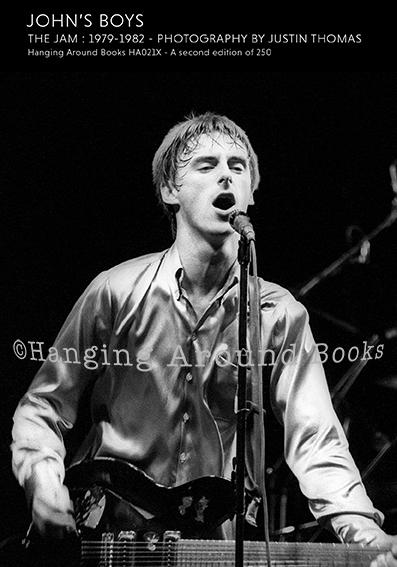 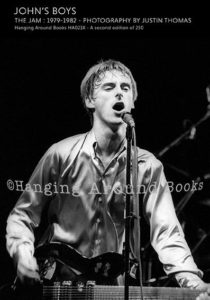 John’s Boys is a photographic document regarding mod chart toppers The Jam. Justin Thomas was there at significant moments in the timeline of the band which he has now documented in this photozine available through Hanging Around books. Matt Mead reviews for Louder Than War.

To give it it’s full title John’s Boys: The Jam 1979 – 1982, this visual feast captures some intimate and not so intimate moments in the life of Weller, Foxton and Buckler. Starting off with photos from the infamous 1979 secret gig held at The Marquee Club, London, we see the band in classic poses, skin tight shorts, Farah trousers, Carnaby Street shoes, pogoing in front of their amps.

The clarity of the photos throughout is of the highest order, sharp as a Bruce’s mullet, as crisp as a newly ironed Ben Sherman shirt, this photozine is the ideal companion for anyone looking for new material on this wonderful band. We also see some delicate moments in the life of Weller. The song writer behind hits such as Start!, Funeral Pyre and In The City, the master of the 3 minute pop classic. 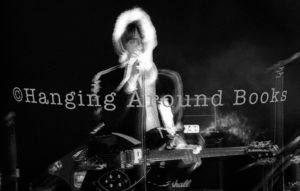 Further photos reveal the band in the studio All Mod Cons period, Bruce wearing the famous Down In The Tube Station At Midnight t shirt. Weller in button down short sleeved shirt looking like he should be in The Beach Boys circa 1964. There’s also the well-known photo of The Jam sat behind a mixing desk, looking like they are up the mischief, a slight smirk abroad on their fresh faces, a picture of contentment.

The band in this photozine are as iconic as their many hits. Looking the part is as important as playing the part. Taking this into account some of the pictures are taken from the bands last ever gig, but there is no sadness here. Instead, happy memories of a band at the height of their powers, probably unaware 40 years later fans would be scrambling to lap up any new material on the band.

John’s Boys can be purchased from the Hanging Around Books website.