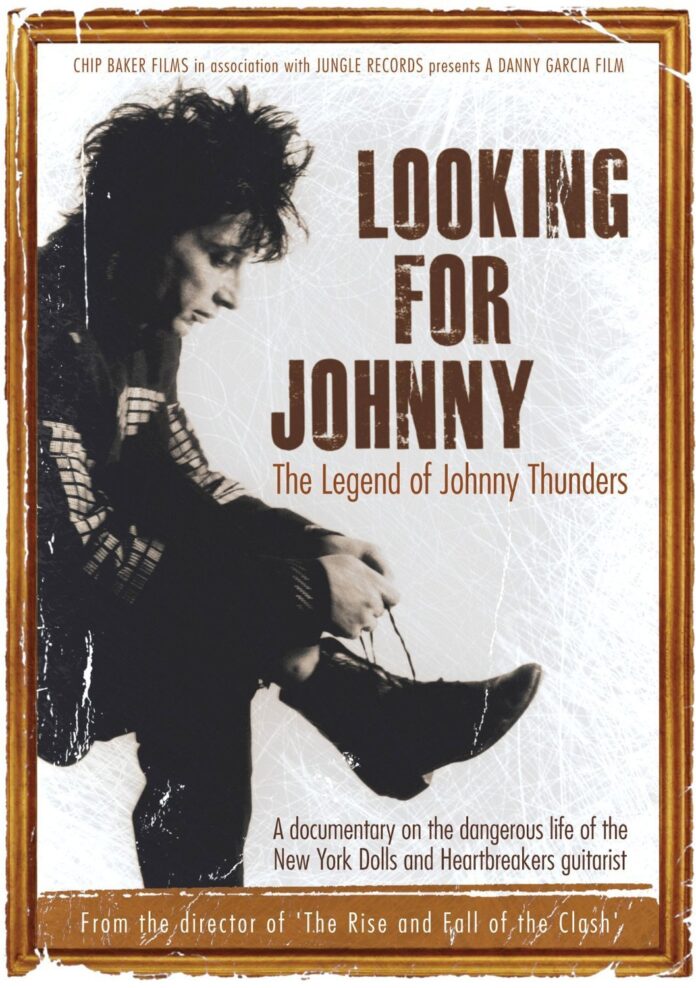 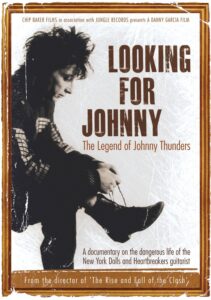 If ever there was a human being who was impossible for the public to separate from the myth, it was Johnny Thunders, now imortalised in Danny Garcia’s documentary, not just the hearts of his fans. Louder Than War’s Martin Haslam reviews.

If ever there was a human being who was impossible for the public to separate from the myth, it was Johnny Thunders.John Anthony Genzale, the little kid from Queens, NYC, got lost along the way. Pretty early on, is the impression I get from the documentary by Danny Garcia. Having read ‘In Cold Blood’ by Nina Antonia, this didn’t exactly come as a surprise to me, but it’s still really sad.

When the film had its premiere, Luigia Minichiello was there for Louder Than War. I can’t really add much more than he wrote; the on-screen testimonials are generally interesting, occasionally enlightening, and, in the case of the now departed Billy Rath, genuinely shocking. Just watching him makes you remember that drugs are not a great lifestyle choice.

If you love Johnny Thunders/The New York Dolls/rock n roll in general, you ought to own a copy of this dvd. However much he screwed his life and his art up, Johnny was a true star. My main gripe is that there is precious little evidence here of his mercurial talent, not enough quality live or studio clips to do the songs justice. I’ve seen him on stage, sometimes a wreck, sometimes bang on form. When he shone, the songs were superb. For me, his best moments were the solo acoustic performances. Songs that can break your heart.

Interviewees include Sylvain Sylvain (but no Johansen), Nina Antonia, the ever- candid Walter Lure, Leee Black Childers, Peter Perrett, Sami Yaffa, and Chris Musto (Bermondsey Joyriders) who played with Johnny in The Oddballs. The early years of the Dolls are particularly well-documented, with rare film and pictures. Also of interest are the clips of Johnny’s foray into French film. You can’t help feeling that, if he’d taken his health seriously, he could have achieved many great moments.

Then again, as his post-mortem showed, regardless of whether you believe any conspiracy theories, Johnny had leukaemia, which in itself would have been a death sentence. Jerry Nolan’s account of his last meeting with Johnny being on the exact spot where they first joined The Dolls is quite moving. Looking at Johnny’s childhood, it feels like he never managed to escape it; he wanted family and love but couldn’t trust in it. That’s the real tragedy.

The dvd was released on Oct 27th via Jungle and is available on Amazon now. A limited edition vinyl soundtrack album will be available from Nov 24th on Jungle Records. Now that should prove interesting.

Looking for Johnny can be purchased on Amazon here: https://www.amazon.com/Thunders-Johnny-Looking-For-Legend/

All words by Martin Haslam. More from Martin can be found at his Author Archive.