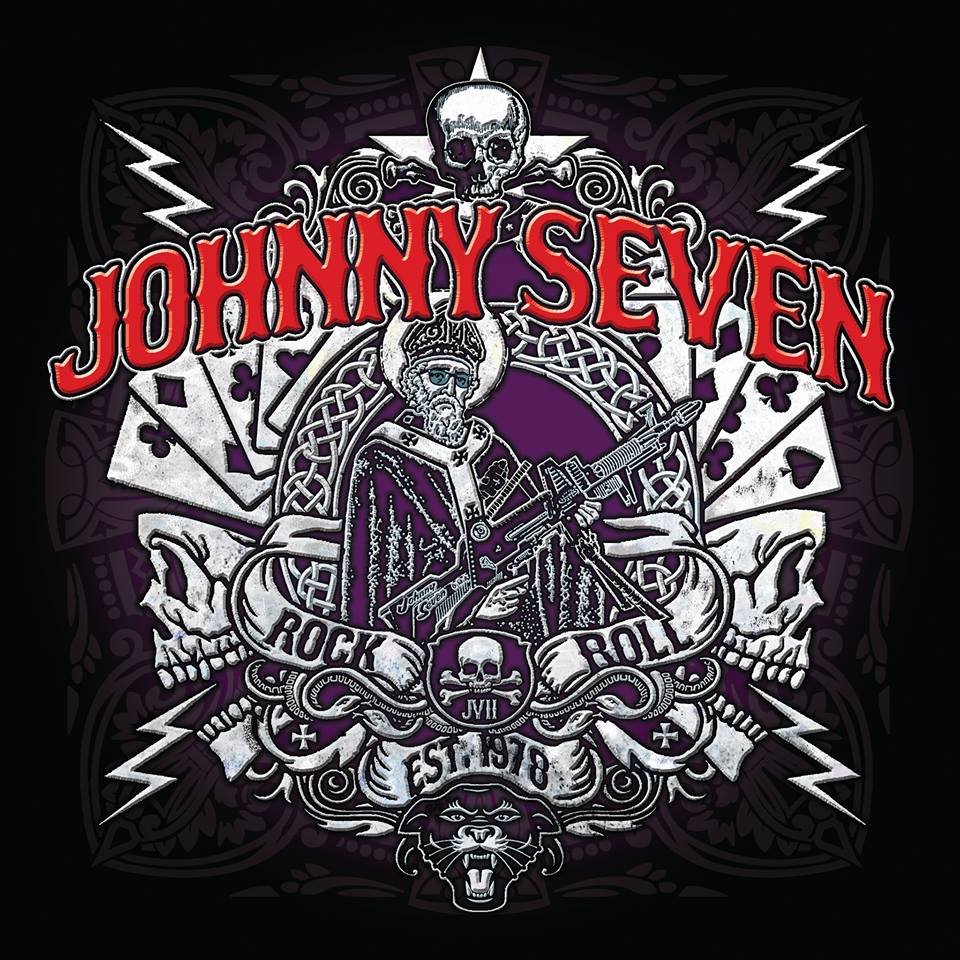 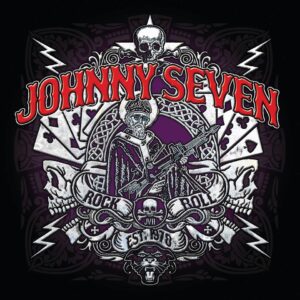 Debut album from the Teeside based Johnny Seven; as such you might be forgiven for thinking this was perhaps some new 21st Century punk & roll sound, a glimpse into the future even… well, you would be slightly off the mark; Johnny Seven formed back in 1978 (apparently at a Rezillos gig) in the immediate aftermath of the Pistols, Clash blitzkrieg, they secured some, no doubt gob spattered gigs but failed to capture their sound on record prior to collapse in the early 80’s.

A reunion in 2011 led to a slow and ongoing re-activation and this self-titled ten-track punk tinged stormer is the result; opening up with the suitably explosive ‘Shot Down’ that immediately defines Johnny Seven’s roots in the proto-punk of the MC5 and a certain Mr James Osterberg, a sub 3min high-energy punk ‘n’ roll belter with a neat guitar solo, whilst ‘Let’s Rock’ stretches even further back turning a basic late 50’s rocker into a punk tinged roustabout.

If your going to reference the greats then paying homage to The Heartbreakers on ‘Can’t Escape Rock ‘n’ roll isn’t a bad starting point, this comes complete with a rabble-rousing chorus and a darker breakdown, the entire thing driven by some strident beats and over-ridden licks, similarly with ‘L.S.D’ which sounds like a blowtorched ‘Ballroom Blitz’.

‘In Detroit’ so wants to be The Stooges, likewise ‘Car Crash Girls’ both of which rely upon some fluid bass to underpin the chaotic onslaught; I’m not sure why Johnny Seven chose to cover Dennis Linde’ 1973 released ‘Burning Love’… yep, the one Elvis covered for inclusion on the ‘Aloha from Hawaii’ album, but after 40years of preparation for the album I guess we can allow a little self-indulgence.

‘Pumpin’ The Pomp’ is a time-hop back to 77’ an adrenaline-charged trash workout with a glam clap-a-long middle nested within the melody, ‘Skinheads’ is a lament to our close cropped breathen “all those naughty skinheads” that has clear links to Cock Sparrer, and live would surely ignite the mosh-pits. Album closer ‘Hang Loose’ has a welcome dirty vibe, there is something a bit nasty buried within the mix, though the overdrawn breakdown is a distraction.

Johnny Seven are not about crafting a new sound, they are not interested in new directions; what they have done (albeit over 4 decades) is deliver an album that proudly references their influences, and at the same time produce an album they clearly enjoyed making; its loud, its fast, at times its raw, it suffers with poor production but if you like your own brand of punk rock to reach back to the start then this album is for you.