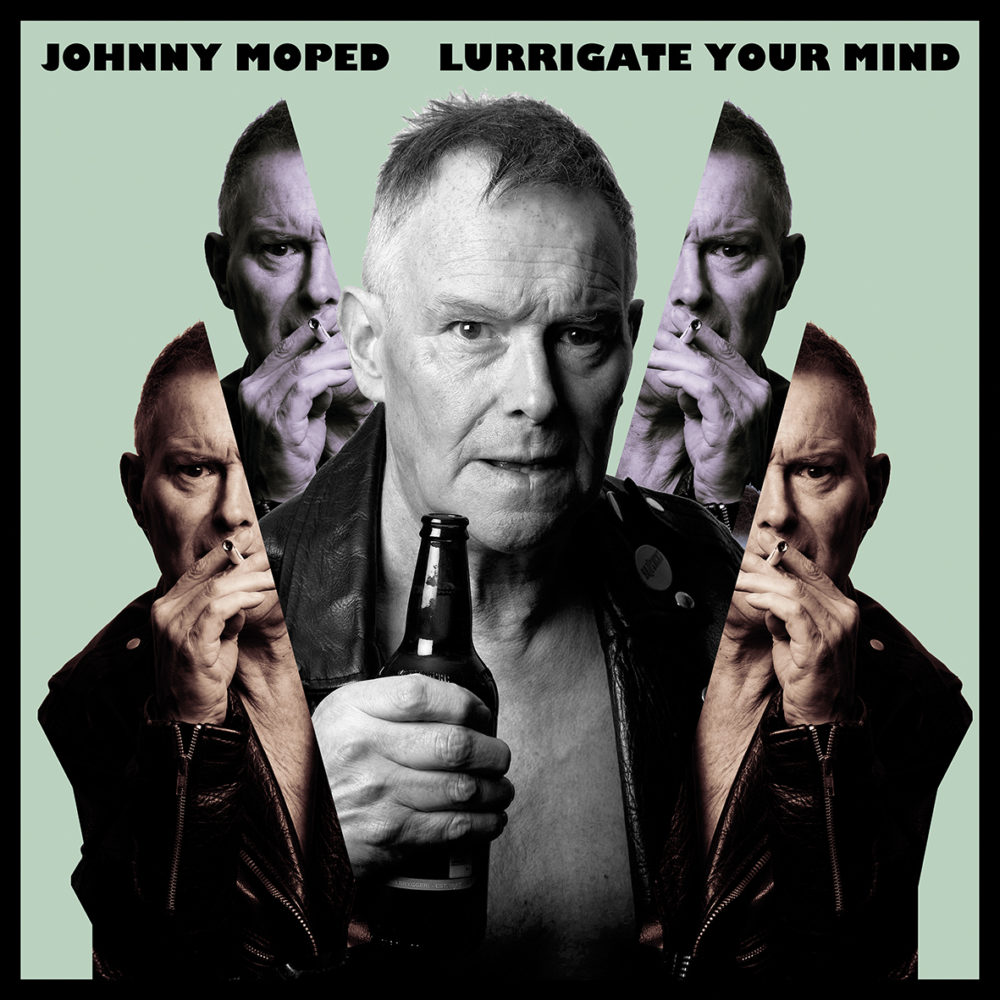 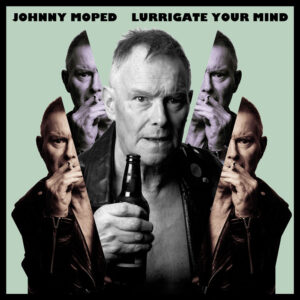 After a full 38 years between their debut album and their 2016 comeback, original punks Johnny Moped turn round their new album pretty quickly, showing that their spark plugs are still firing and there’s gas in the tank.

On their third album (or fourth if we’re counting the ‘posthumous’ The Search For Xerxes), punk ‘n’ rollers Johnny Moped return with more of the classic London punk sound that was exported and influenced so many of the punks to come. They may have squandered their first shot, but on the evidence of this new record, they’ve still got something to say and the attitude remains. Dense, distorted guitars drive the songs along like a train as to be expected, while Johnny himself slurs out the vocals in that half drawled, half lurking danger, laissez-faire, devil-may-care attitude.

The highlights on the record come when they step slightly out from the just-so-typical. Living In A Dream World brings a more arms-in-the-air, propped up by your mates while trying not to spill your beer camaraderie chorus that calls to mind the poppier side of punk. Amidst all the noise, just as you’re settling in for more of the same right to the end, they drop in the twee, tongue-in-cheek Little Shop. It’s a two-minute respite, perhaps a dig at the prog-rock that punk originally kicked back at as Johnny reels off a typically English shopping list – party rings, greeting cards, sausage rolls, toxic waste. It’s a great little drop down before the fantastic Devoid Of Emotion comes in with a menacing surge to take aim right at the ex-Prime Minister-in-waiting, Teresa May. It spittingly talks of the blood-sucking vampires gazing down from ivory towers as buildings burn and bodies scatter, while those trapped in high-rise prisons have their fates sealed, all the while she’s cold and emotionless. It’s pointed and sticks out as a real modern punk protest at the current state of the state.

No airs, no graces, no pretensions. Just straight to the point punk rock. It’s exactly what we’ve come to expect from Johnny Moped, and exactly what we get. They’re never going to change the world, but who cares? May it always be 1978 in Johnny Moped’s world!

Watch the video to Living In A Dream World below: 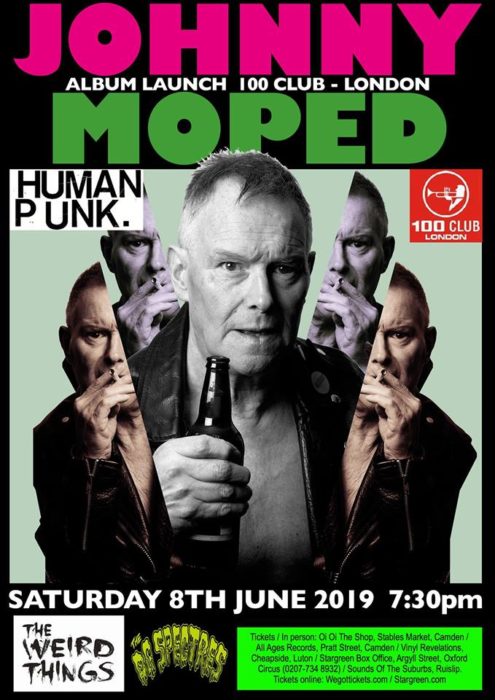