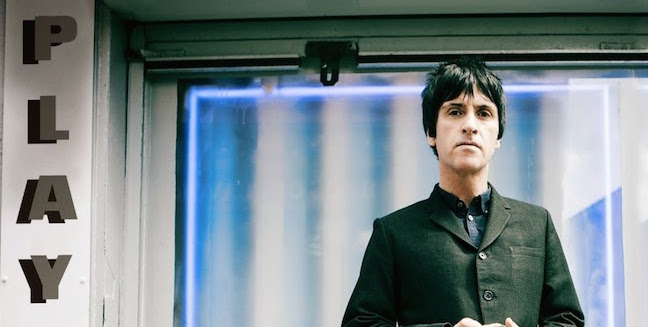 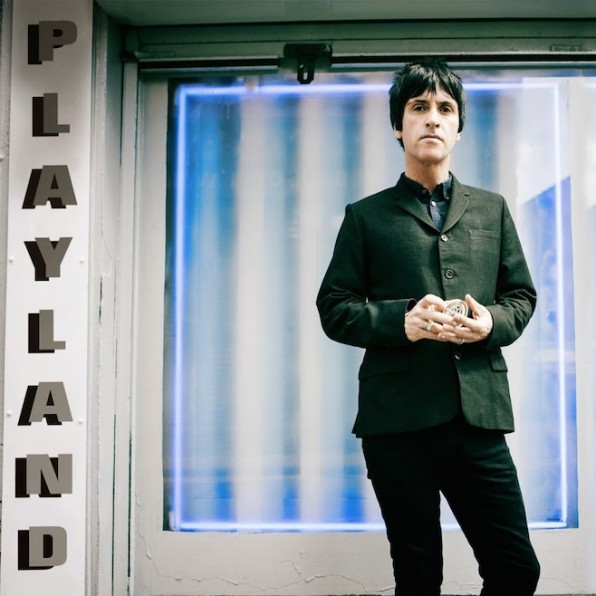 Full details of Johnny Marr’s second solo album, Playland, which is due to be released october 6th on Warners have just been announced. Find them below.

Last year saw Johnny Marr enjoy a rapturous start to his solo career following the critical acclaim (included the honour of being named as NME’s Godlike Genius) greeted to his Top 10 debut solo album ‘The Messenger’. Meanwhile his shows were celebrated for his ability to combine the best of his new material with select highlights from The Smiths plus others from his extensive back catalogue.

Johnny Marr’s upwards trajectory continues unabated with the release of his second solo album ‘Playland’ which is out on October 6th on Warners. Work on ‘Playland’ commenced in London in the Spring as soon as the year of touring in support of ‘The Messenger’ came to a close. It finds Marr continuing the creative connection that was forged on ‘The Messenger’ with collaborator and co-producer Doviak as well as the other musicians who performed on the album and accompanying tour.

“When The Messenger came out I kept on writing. I liked that the band had a momentum going on tour and a connection with the audience, and I thought that energy would be good to capture on the new record.”

Written around a common theme of “songs that move at the speed of life,” ‘Playland’ captures much of the spirit that made ‘The Messenger’ so memorable with energetic, post-punk songwriting complemented by Johnny Marr’s characteristic guitar style, thought-provoking lyrical ideas and poised vocal phrasing.

“It’s important to sound like your environment and on this record that’s London and Manchester,” he adds. “The feeling of the cities and the people make it into the music.”

The title ‘Playland’ is inspired by ‘Homo ludens’, a 1938 book by the highly influential Dutch cultural theorist Johan Huizinga which explores the concept of play as a precursor and principal element of cultural development.

‘Playland’ is now available to pre-order from iTunes and Amazon. All pre-orders will receive the first single ‘Easy Money’ from August 16th, with the track impacting on October 6th. Released on CD, vinyl and digital formats, the ‘Playland’ tracklisting is:

Johnny Marr’s highest profile performance of 2014 to date came when he performed at the New York premiere of The Amazing Spider-Man 2. His contributions to the film’s soundtrack (scored by Hans Zimmer) included a songwriting collaboration with Pharrell Williams, while he also performed the closing credits theme song ‘It’s On Again’ with Alicia Keys and Kendrick Lamar on New York’s The Tonight Show.

Johnny toured extensively in support of ‘The Messenger’ with highlights including three sold-out shows in Manchester; major London dates at The Roundhouse and the O2 Shepherd’s Bush Empire; as well as festival appearances including Glastonbury, Reading, Leeds and T in the Park. His next UK headline tour includes his largest London solo headline show to date at the O2 Academy Brixton and also features a homecoming show at the O2 Apollo Manchester.

His current UK tour schedule runs as below:

Ppre-order via iTunes or Amazon.

Johnny Marr’s website is here: johnny-marr.com. He can also be found on Facebook and he tweets as @Johnny_Marr.