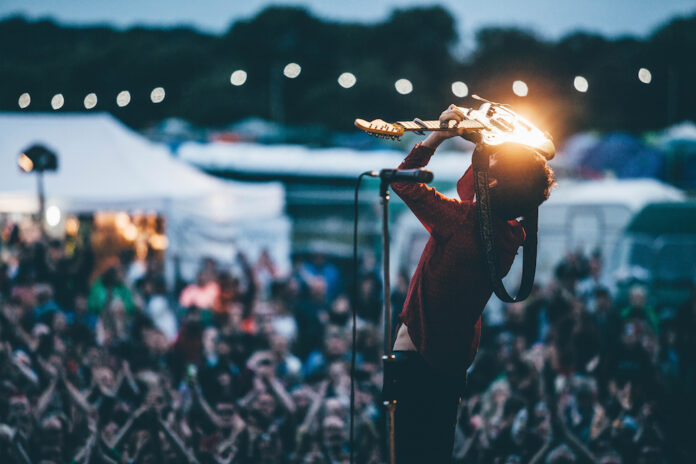 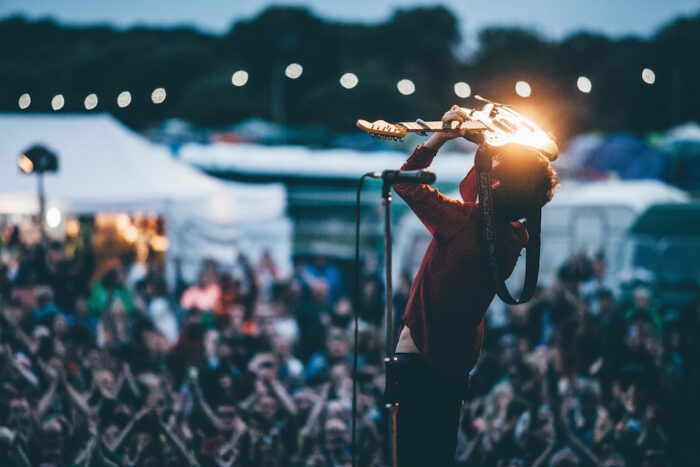 Documenting his remarkable rise up the ranks solo career it captures Marr at his best on the world’s stages.

Johnny Marr will release his debut live solo album ‘Adrenalin Baby’ on October 9th through Warners. ‘Adrenalin Baby’ documents his energetic live performances over the past three years across a double album.

‘Adrenalin Baby’ was recorded primarily at his Brixton Academy and Manchester Apollo shows during Johnny’s ‘Playland’ tour in support of his Top 10 solo albums ‘The Messenger’ and ‘Playland’. In addition to material from his solo albums, ‘Adrenalin Baby’ also features takes on The Smiths’ classics ‘The Headmaster Ritual’, ‘Bigmouth Strikes Again’, ‘There Is A Light That Never Goes Out’ and ‘How Soon Is Now?’.

The collection is completed by Electronic’s ‘Getting Away With It’ and Johnny’s interpretation of ‘I Fought The Law’.

“I wanted to capture the atmosphere and feeling of the last couple of tours,” says Johnny. “It’s been a special time and the album is a document for fans who were there, and for people who haven¹t seen me and might want to check out what the shows are about. I like live records when they¹re a good listen, It¹s turned out really well.”

Released on digital, limited edition and numbered pink coloured double-vinyl (with a poster) and CD formats, the tracklisting for ‘Adrenalin Baby’ is:

Johnny Marr followed the release of ‘Playland’ with a major UK headline tour which included his largest London solo headline show to date at the O2 Academy Brixton and a homecoming show at the O2 Apollo Manchester. In addition to the dates with The Who and Noel Gallagher, he also played a Teenage Cancer Trust benefit show as guest to Paul Weller. His recent single ‘Candidate’ was named Record of the Week at XFM, and he also released his interpretation of Depeche Mode’s 1993 classic ‘I Feel You’ to mark Record Store Day.

Johnny Marr also features on the film soundtrack to the forthcoming Peter Sollett film ‘Freeheld’ starring Julianne Moore, Ellen Page and Steve Carell. The soundtrack, written with Hans Zimmer, is released on October 2nd and the film is released globally on October 16th.