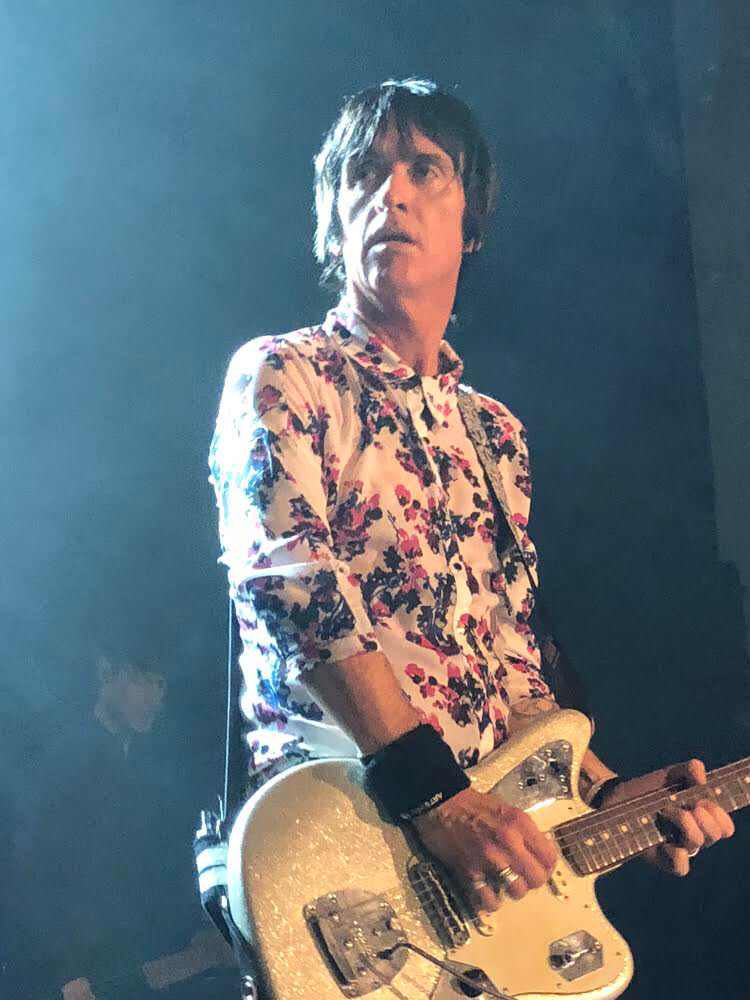 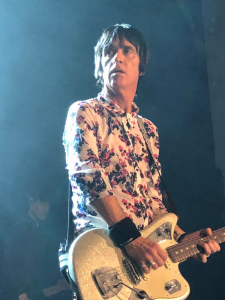 There’s a frisson of excitement in the air, and quite rightly so as it’s been a couple of years since Johnny Marr has performed and getting a ticket for these warm up shows was like winning a Golden Ticket for the Chocolate Factory. Tonight is the third of those shows where showcases the eagerly anticipated ‘Call the Comet’ album due for release next month.

Islington Assembly Hall is a good venue for this showcase. It has great acoustics and size-wise it’s intimate enough to indicate that you’re one of a small crowd that’s witnessing something just a little bit special.

Crashing straight in with ‘The Tracers ‘ Marr immediately shows he means business , it’s got a great catchy hook and most of the crowd have already heard the airplay and are singing along with gusto.

Without pausing for breath, he goes straight into ‘Bigmouth Strikes Again’ working the crowd up straight from the off, and make no mistake about it, he has them in the palm of his hand.

But what we are here for tonight is to hear the new songs that Johnny has to offer so it’s no surprise that the next section of tunes are dedicated to just that , it’s great to see how Johnny has developed as both a singer and a songwriter and the dark majestic broodingness decadence of new Track ‘New Dominions’ is especially drawing me in I know without hesitation that this one will be a future favourite.

‘Hi Hello’ breaks through the darkness of ‘New Dominions’ with its sublime uplifting melodies and also showcases what a tight band of musicial brothers Johnny has behind him.From the understated talented bassist Iwan Gronow, the marvellous percussion of ‘Magic’ Jack Mitchell and the technical brilliance of the enigma that is Doviak. It’s easy to see why it all comes together so beautifully and effortlessly.

A great mixture of melodies next from the classic riffs of ‘Headmaster Ritual’ another newbie ‘Walk into the Sea’, and the uptempo disco stomp of ‘Getting Away With It’ all merging perfectly and the crowd are loving every minute of it. Marr looks into the crowd during the instrumental break and smiles a broad smile he looks like he’s having a whale of a time and the crowd reflect the positive vibes right back at their Mancunian Icon.

Emotions are running high when Johnny delivers his version of ‘Last night I Dreamt’, and personally I’ve never heard his vocals sound as astounding as it did during that performance of the song, it was purely breathtaking. It has to be one of the best things I’ve seen him perform in the years I’ve turned Marr watching into a sport. “I like that one “ – he exclaims, the smile appearing once again and it would be hard for anyone in the room to disagree with him on that point.

Before he disappears he thanks the crowd for their perseverance in buying the tickets , acknowledging the ‘Golden Ticket ‘ situation, but speaking for myself it was worth every ounce of adrenalin (pun intended) used up in acquiring it. I think the crowd were joining in with ‘Please, Please, Please let me get what I want’ with added emotion , it’s almost like they are empathetically drawing from their ticket buying experience.

Tonight with have something for every type of fan from almost every part of his career. It’s plain to see why Johnny Marr is a hero to many many people – whoever said never meet your heroes quite obviously had the wrong hero. 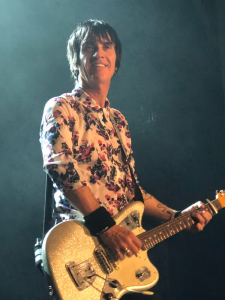 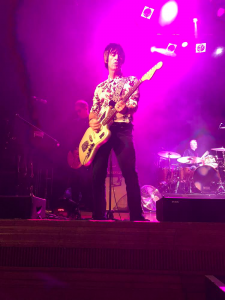