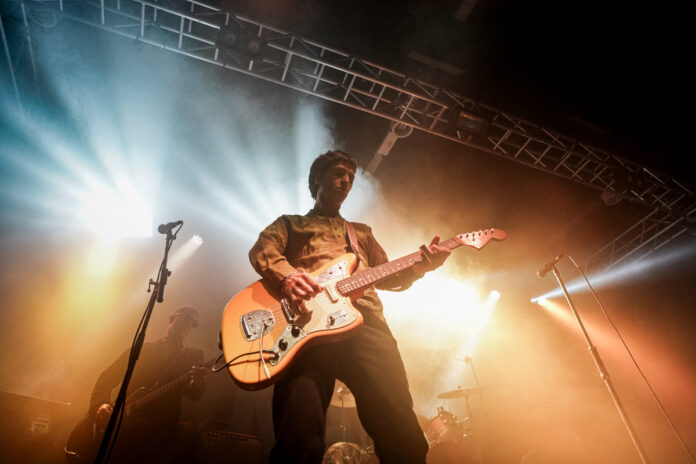 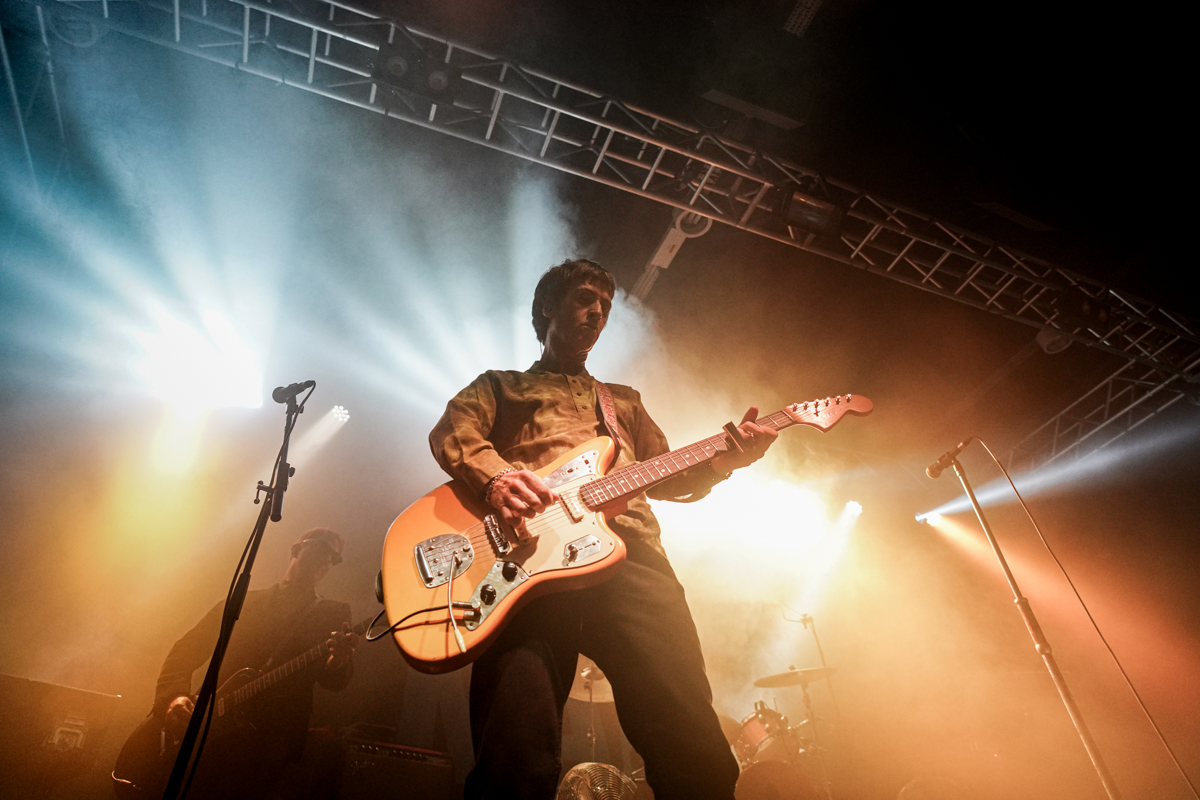 ‘Johnny Fucking Marr’ – that chant ringing around the venue is free of the tiresome laddishness that can blight these sorts of gigs, but instead is a heartfelt tribute to the greatest guitarist of his generation who has reinvented himself as a really good frontman.

Everyone knew how good Marr was on six strings, but since he decided to take on vocal duties his voice has grown in confidence to get somewhere near the majesty of his playing which remains undimmed.

The first of regular mass singalongs kicked off as the opening bars of Panic rang out across the room, and whilst Marr may not have the range or swagger of his former sparring partner he understands these songs backwards delivering a passionate vocal. Oh, and he absolutely smashes the iconic solo. But it would be a mistake to see this as just a tired nostalgia show of the kind some other Mancunian indie legends are churning out as his new material is really strong too. You don’t write some of the greatest indie pop tunes of all time and lose the knack of writing a decent hook.

Marr has been around a long time, and he’s smart enough to curate a setlist that allows him to take his fans with him as he looks back with dignity and showcases the new stuff. His new single Spirit Power and Soul has all those ingredients with added electronica as the drummer bashes at a synth pad as Marr noodles away on a tune that is both retro and contemporary. It’s a bit of a myth that Marr disappeared after The Smiths imploded as he had a pretty decent solo career and it was a delight when he played Electronic’s Get The Message swiftly followed by a massive Getting Away With It. His carefully calibrated solo was probably the best one you’ll see all year, and actually, his vocals were better than the original version. He romped through Headmaster Ritual, which was probably the only song that exposed the fact he isn’t a natural vocalist, but he did capture the spite and misery of the Mancunian schooling of his youth. 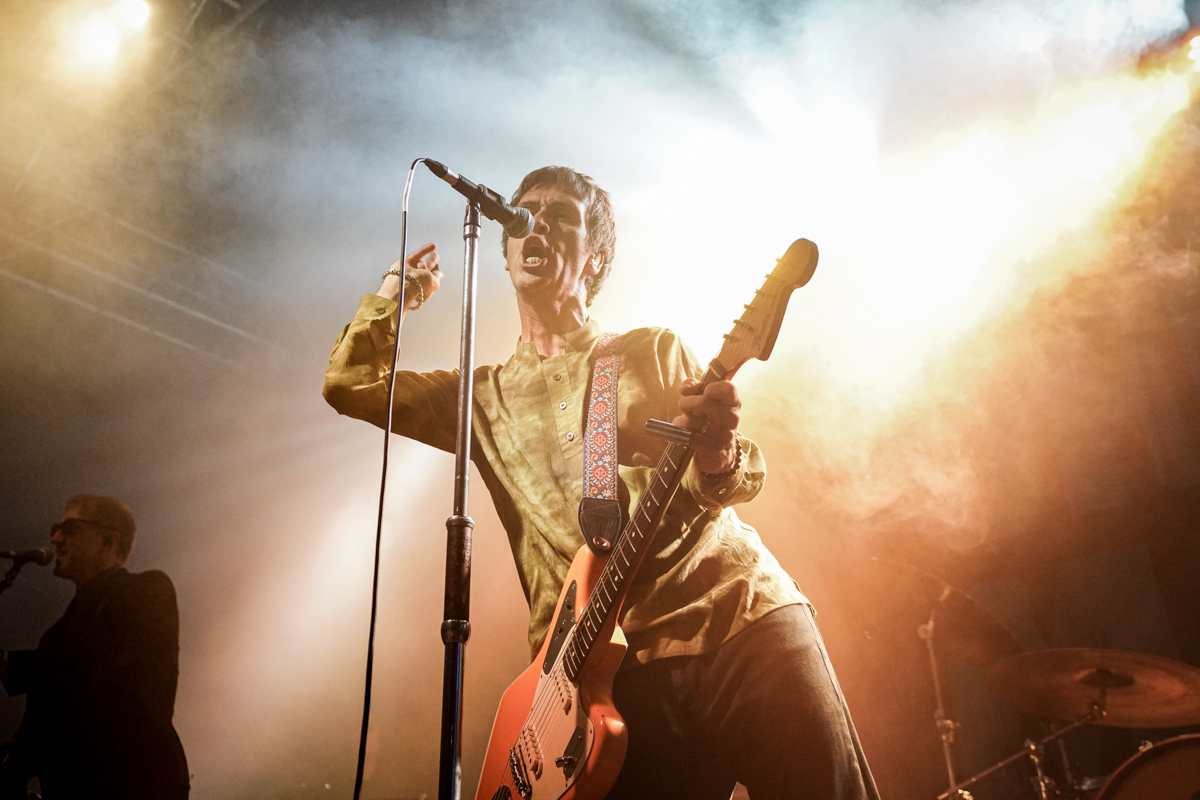 Throughout Marr is an engaged and engaging performer despite attempting the dodgiest Yorkshire accent ever as he mused that they always seem to start UK tours in Leeds. Students of The Smiths will recall that Marr was always a bit of a poser and he is totally unafraid to throw endless rock god guitar shapes, often with an ironic smile on his face, as he is clearly having as much as the fans. Hi Hello is a classic example of Marr’s solo work with a nagging riff, and big chorus, which could have quite easily been a Smiths song. 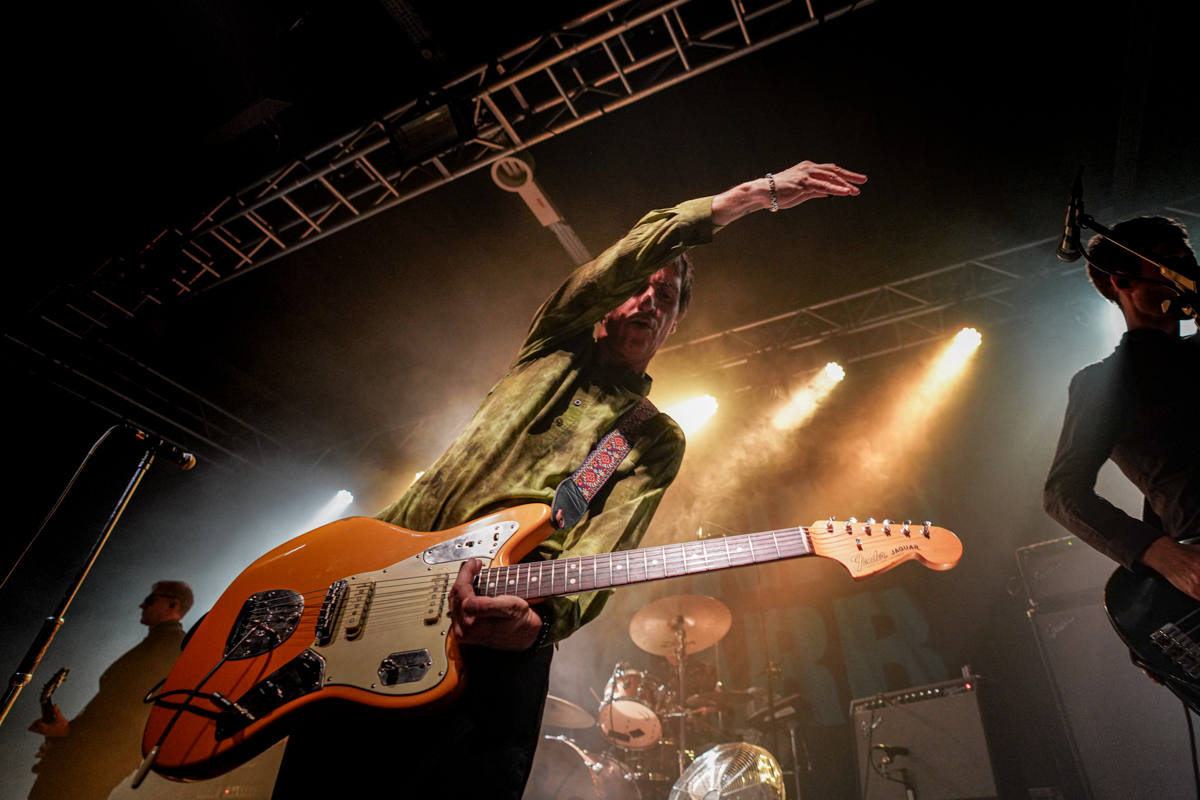 There is a wonderful moment during a sprightly This Charming Man as two bald middle-aged blokes unselfconsciously hug each other as they are instantly transported back to a time when they had quiffs, and they went into their local record shop to buy the single on the day it was released. Somehow Marr even managed to breathe new life back into the massively overrated How Soon Is Now before tearing his way through a muscular Ampatopia.

Most of the crowd never thought they’d see a live version of There Is A Light That Never Goes Out that still speaks to being an outsider so arms were raised around the venue in supplication. Marr shows all his stagecraft stepping back from the mic as the audience bellow the words back at him because many of the people here tonight are still raging against the dying of the light. A powerful version of Easy Money is a reminder of his continued craft. A few technical gremlins creep in during the encore, but Marr assures us the wait will be “worth it”, and he was right as Some Girls Are Bigger Than Others was sublime.

Marr seems amazed it is two years since he last played in this country and his tight band did him proud on Bigmouth Strikes Again, sending people home with a massive smile on their faces after a final singalong. You have a choice these days, pay top dollar in an arena to watch a bitter man seemingly determined to trample over his legacy, or check out a well loved performer who is not only celebrating his past, but adding something new to it. Frankly, it’s a no brainer.