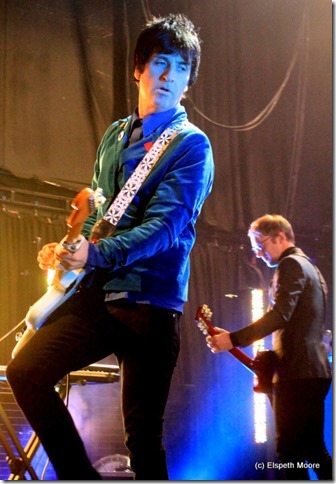 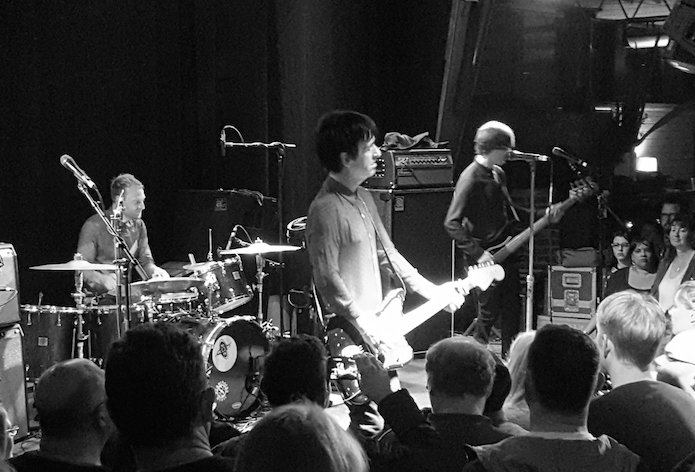 Johnny Marr proves what all kinda suspected – seeing him play with his band is “far better than watching The Kardashians.”  Michael Townsend reports back from his recent gig down under.

Launching into the title track of his new ‘Playland’ LP, an energetic and engaging Johnny Marr delivered a nineteen track set of the harder rock and pop tracks from his two excellent solo albums, punctuated with several songs from his Smiths and Electronic back catalogue – and one brilliant cover. 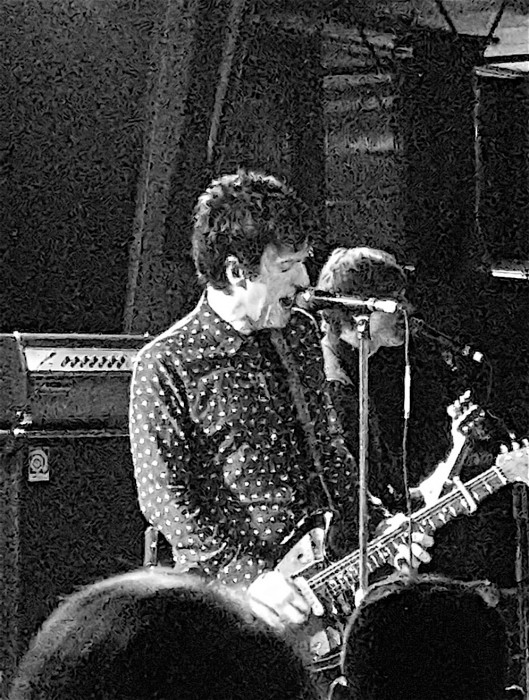 On a cold and wet Tuesday night, a crowd numbering several hundred took advantage of a rare opportunity to enjoy an intimate set delivered by a man described as both ‘Godlike genius’ and ‘arguably Britain’s last great guitar stylist’. The mid-week timing was not lost on Marr, who seemed genuinely appreciative and promptly joked that we could all be at home “watching the Kardashians”. The appreciation was mutual, with the crowd listening intently and wildly returning shouts and applause between tracks. It was obvious throughout the set that Marr was enjoying himself as much as the audience – jokingly mocking those who raised their hands as “lying bastards” after inquiring as to who had bought the new LP, and repeatedly serenading the crowd with “the pleasure and the privilege is mine”, having allowed the audience to lead the refrain at the end of ‘There Is A Light That Never Goes Out’. It was a genuinely wonderful moment from a superb rendition of a track that he dedicated to “all of us here and no one fucking else.”

It is difficult to isolate individual tracks as highlights as there was not a weak moment throughout however ‘The Right Thing Right’, ‘Easy Money’, a blistering rendition of ‘I Feel You’ and a gorgeous version of ‘New Town Velocity’ really thrilled, along with new song ‘Spiral Cities’. ‘Playland’ and ’25 Hours’ echoed Marr’s post-punk roots in a very new and dynamic manner. Electronic’s ‘Getting Away With It’ was brilliant. Predictably, all of the Smiths tracks were stunning, with furious pitch bending on ‘How Soon Is Now’ right before Marr delivered the final track, a cover of The Crickets’ ‘I Fought The Law (And The Law Won)’. It must be said that Marr’s backing band are terrific and were extraordinary throughout. The band is comprised of drummer Jack Mitchell (formerly of Marion), bassist Iwan Gronow (formerly of Manchester band Haven) and guitarist James Doviak. Brilliant.

A terrific gig, and (as Johnny Marr reminded us), far better than watching The Kardashians.