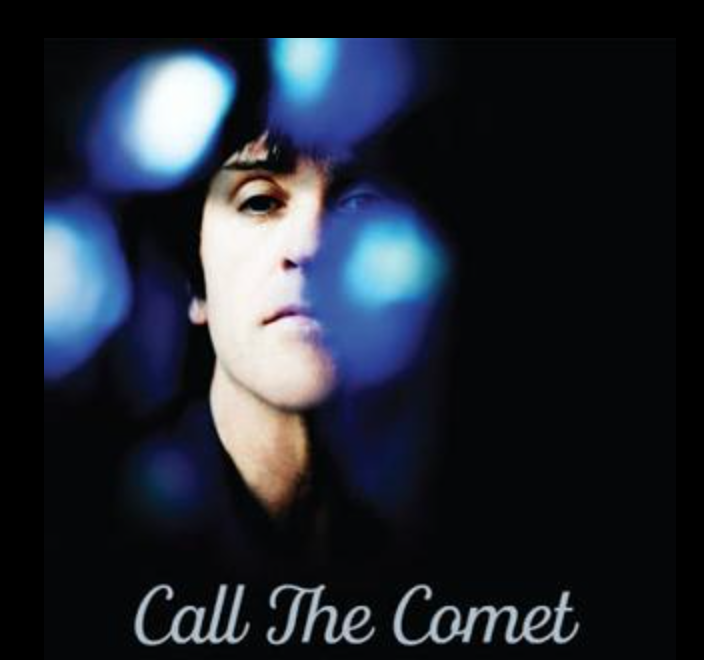 The curse of a brilliant legacy is just how do you deal with it.

Moving forward for an underground band is easy – no-one cares about the old songs but if you are Johnny Marr, the Manc -father, Johnny ‘melody’ Marr, the architect of indie and the creator of the much loved Smiths and yet you are a fast forward kinda guy…where do you go?

Every time you pick up a guitar and start strumming it will sound like the Smiths, every time you read indie media the bands name will turn up or Morrissey will have done an another interview and you will sigh and attempt to bend that classic million dollar riff into something else because you are Johnny Marr and the past bores you and the future fascinates you because you were forged on the post industrial streets of Manchester when the shadows of the revolutionary city still hung over the mills before being entwined with pop culture to create the post punk scene that has entranced generations.

Whilst the legacy of the Smiths has become increasingly entangled in the former frontman’s eccentric and complex statements for many of the fans it’s left to Moz’s former guitar compadre to carry the band’s other legacy. The legacy of the progressive band that were funny, poetic, snarky and were a smart V sign to the stuffy establishment and had hits.

For Johnny Marr, the looking back was done last year with his warm and engaging autobiography which was a great snapshot into that other Manchester that is fading into the past – the strong irish communities, the city centre terraces, the post punk debates and the febrile, fertile musical landscapes that he was so central to and helped to rebuild the city into the fast forward megapolis that it is now. This is the psychogeography that Marr himself speaks off – the new Manchester is built on the dreams of the old but it doesn’t look like Corrie any more and it sure as hell doesn’t sound like it. Morrissey and Marr are so much part of the city’s DNA that rarely a day goes by without hearing them or seeing their image quite literally built into the brick and brimstone of the city.

Yet Johnny has moved forward.

Back in town a few years ago after a sojourn in Portland, he pops up at gigs and somehow is submerged into the current musical playground and his new album is a reflection of this, sounding both contemporary whilst embracing the past. Swerving the cliche of rock roll, Johnny Marr is still looking for the new, full of ideas, new sounds and new ways of living – not the stumbling R’n’R casualty but the 21st century, vegan, marathon runner looking for the vital, urgent edge without dulling it with the chemical cliches of rock n roll – those were fine in youth but the question is for any musician how to remain urgent in their fifties and beyond p how to make their craft feel urgent.

His third solo album is a  melancholic tinged and thrilling affair that deals with the ghosts of the past but still attempts to move forward. There are plenty off Smiths-esque moments as Marr wrestles with the legacy of his past and puts his own stamp on a history that is as much his as anyone elses. Songs that nod to the melodic push and pull of classic Smiths punctuate the album, any lover of those soaring choruses and the the chiming guitars of that much loved of bands will have plenty of moments to embrace here but there are also glorious curveballs and moments when a melancholic post punk darkness creeps in and an innate sadness twists and turns with the sparse imaginative productions to create songs that nod at fellow travellers like Joy Division or any of the great M62 bands that were so much part and parcel of the post punk motorway of the north. There is a darkness hovering over the tracks, a sadness a sense of longing, that melancholy that is so key to the great northern musics.

Not that the album wallows in the mythical past – there is a freshness and urgency of sound to the record with great crisp vocals and, of course, an endless collections of great guitar lines and brisk energetic playing from the band that makes the record feel contemporary.

Of course the Smiths key musical architect is always going to have a whiff of that most classic of bands about his songwriting but there is so much noise here than that.

Opening track, Rise, has an introspection within its driving rush that gives the song a heart melting beauty. It positively drips a visceral emotion and a glorious melancholic meltdown at the end whilst The Tracers is a rasping bass driven piece with rolling drums  with a woo hoo nod to the Stones Street Fighting Man that could almost be an out take from Joy Division rehearsing next door at TJM studios when the young Johny guitar Marr was jamming with Freak party and trying to synthesis his love of the funk with the Mancunian post punk. The song outs on plaintive oooh section that soars top to the eternal Mancunian grey skies but it also drips perfect pop reminding you that despite everything Johnny Marr is a great pop writer – the song even has that brittle ice melancholic melodic neatly of perfect Abba somewhere in its DNA.

Johnny Marr is one of those guys whose life is full of music, armed with an endless record collection and a deep knowledge of the form. Musical pores sweating folk to post punk to classic sixties beat, girl bands to the hip young kids on the block in town he is quite literally drowning in music. The real challenge here is to make your own version of the eternal electricity and this has been the success of his solo career. Three albums in and he has fully found his own voice – quite literally – the singing is strident and confident and the songs are constructed around his various vocal styles. Vocally in fine form – never easy for the silent sideman to step out to the mic especially from the shadows of one so distinct as Morrissey. Hey Angel sees a swaggering piece of northern psychedelia with a huge chorus – the kind of thing the Gallagher’s were so adept at in their formative years as they themselves  nodded back to Marr.

With a nod to Patti Smith’s ‘Dancing Barefoot’, Hi Hello, is also a nod to the Smiths ‘There Is A Light That Never Goes Out’, with those charming, chiming cadences and a sliver string section that were such a glorious part of that pre acid house era of the Smiths, Afllecks Palace, flowery shirts, polite quiffs and the yearning hopefulness of youth : from a time when smart kids believed in overthrowing Thatcher with the Smiths and pop music. It’s a yearning and glorious piece of music and could have been the lead off single in the once much dreamt about Smiths reformation and is proof that Johnny Marr has no fear of embracing his own legacy but on his own terms – he does it again on Spiral Cities,  which drips Smiths and even the speeding My Eternal which has a whiff of the long lost genius of Buzzcocks third album but with added trademark Johnny rushing round on it and embracing the future guitar rush. The glorious past is a useful signpost after all but it’s the future that Marr has always been interested in.

New Dominions enters with a sparse, electro-noir, electronic rhythmic pulse and a perfect sparse vocal. Marr has always been at the middle of that eternal battle between the classic guitar shuffle – the Keef Richards diehard who was also the twitching kid who was looking tho the future and acknowledging the electronic and remembering that these great sixties monolithic classics – those run of singles from these bands were actually peering into the future and were never meant to be antiques.

That’s the challenge for any lover of the form – how to sound vital, urgent and modern and still embrace that glorious heritage. New Dominions has that sparse pulse that dominated Joy Division’s Closer album – the ghost of Martin Hannett is in the room stripping stuff down and putting all the sounds and instruments in different palaces where they shouldn’t normally go – turning a song inside out and making future music from the debris. Like those classic Joy Divisions album, it’s the art of making something that never dates and pulses into the future for ever. On the other hand,  Day In Day Out with its strummed acoustic chords is a classic Smiths shuffle and pure Johnny Marr owning his own legacy.

Walk Into The Sea is a doleful piece entering with stark, painted guitar figure and is a haunting piece of soul searching – a winter song and a glorious, swirling ballad of introspection. Bug stomps in on a stub toed riff like prime time War and mines that glorious strata between underground seventies rock and funk so beloved by Johnny Marr. Actor Attractor is another brooding Joy Division soaked piece with a ghost like vocal and a pulsating electronic spine with keyboard strings and spectral backing vocals and a genuine instinctive sadness that makes it a real stand out piece on the album.

The album ends on A Different Gun which enters as a lyrical doleful beautiful sung piece that has sunrise feeling of hope in its tumbling melody. A deliberately underplayed finale – there are no rockist crescendos here, no crashing stars just a shower of comets streaking across the night sky – the subtleties surround you and pull you, it’s clever and effective stuff and a perfect book end to the album.