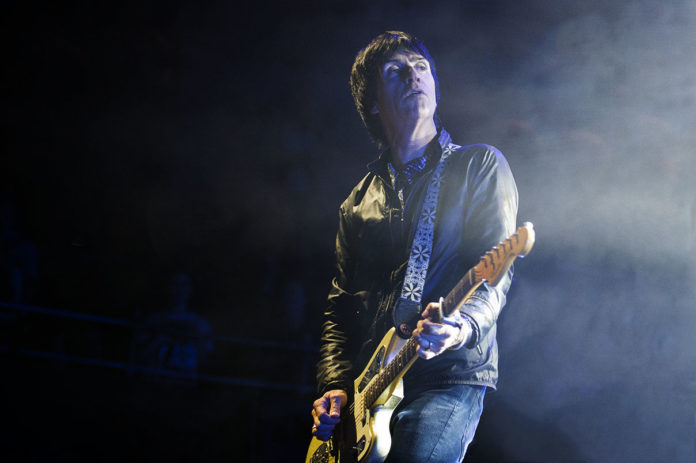 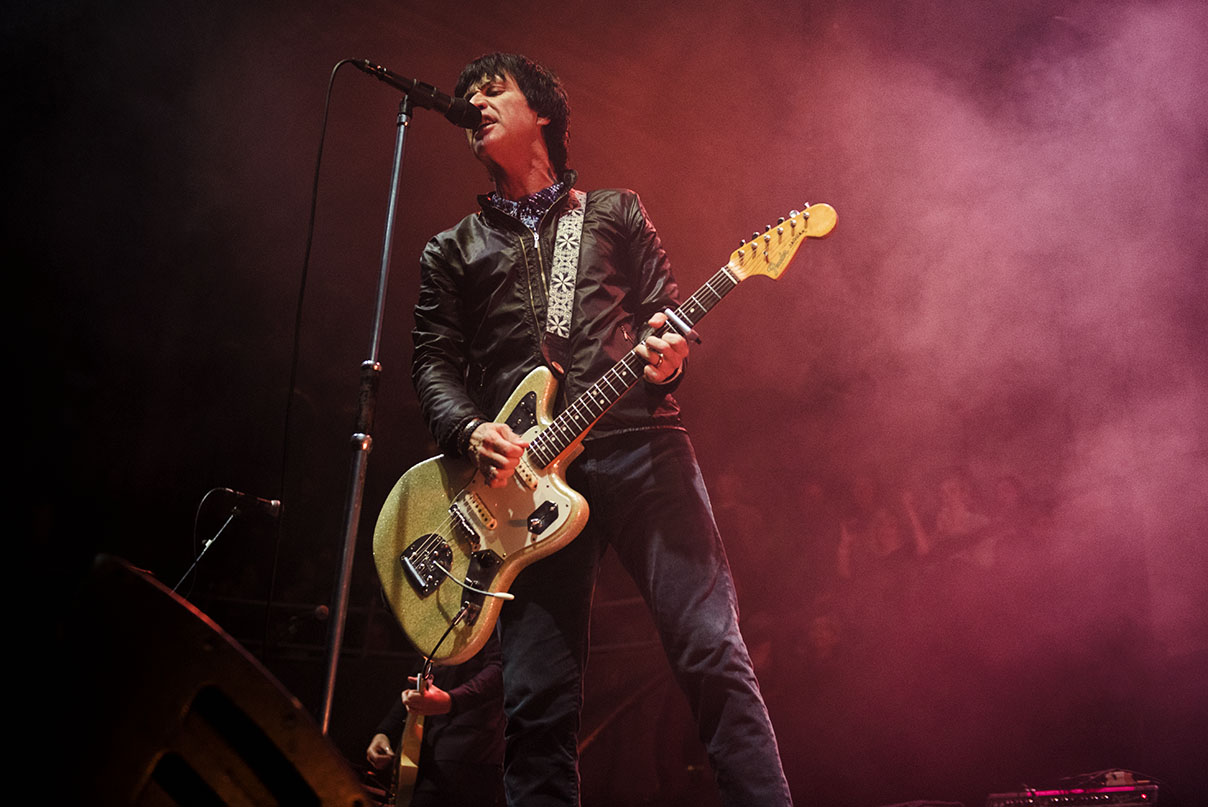 Tram journeys into Manchester for gigs have recently been as entertaining as the gigs themselves. However, the three chaps drunkenly discussing “why is it called Besses o’ th’ Barn? Isn’t there a brass band?” struggled to match the two-night stand where the  Nile and Johnny Marr double bill was infinitely more thrilling than local history and etymology. 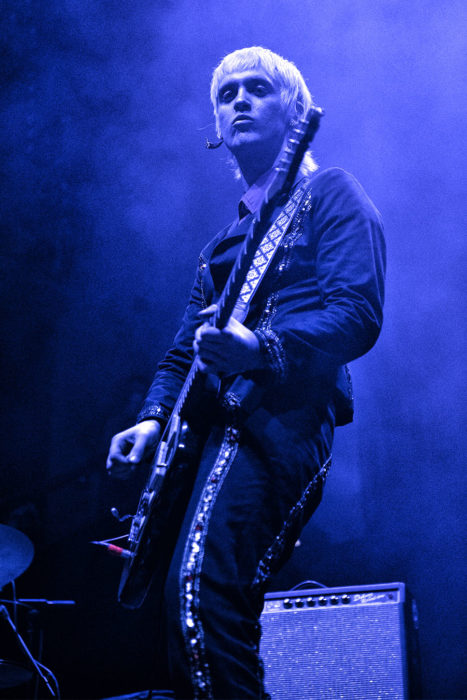 Now, Nile Marr shouldn’t be an unfamiliar figure not just because of his dad who he joined for a three-song encore at the end of the night, but after his recent residency down at the Night & Day earlier in the year, he’s becoming a well established young muso. To bang out some well worn clichés, yes, he’s a chip off the old block and you can see that the apple hasn’t fallen very far from the tree from the look to the music and the guitar and he’s humble enough to be shifting his own gear at the end of the set too.

Now his dad is an old hand at this game now. He knows how to work a crowd, taking every opportunity to get out from behind the mic and two wedges and take his chances at the lip of the high Albert Hall platform to wiggle his shoulders and hips. The faces stare up in some kind of awe at Johnny as, like Ziggy,  he plays his guitar, slung low on his right thigh, a guitar hero who forsakes the typical solo wankery that others who get mentioned in the same breath (insert your own choice here) coddle themselves in aimless soloing. For Johnny, it’s a rare indulgence.

Although the set is well structured with nods to his thirty year history, with the expected Electronic nods and some from that band, it’s the excellent Call The Comet that provides the core throughout which he peppers the gems from the catalogue. For once, his back is arched and his head hung back, checking the fine ceiling architecture as he becomes transfixed by the intensity of Walk Into The Sea. It’s a personal highlight and takes us spinning back to the days of the pulse and throb of early Floyd but paired perfectly with the shiny contemporary guitar pop of Hi Hello. 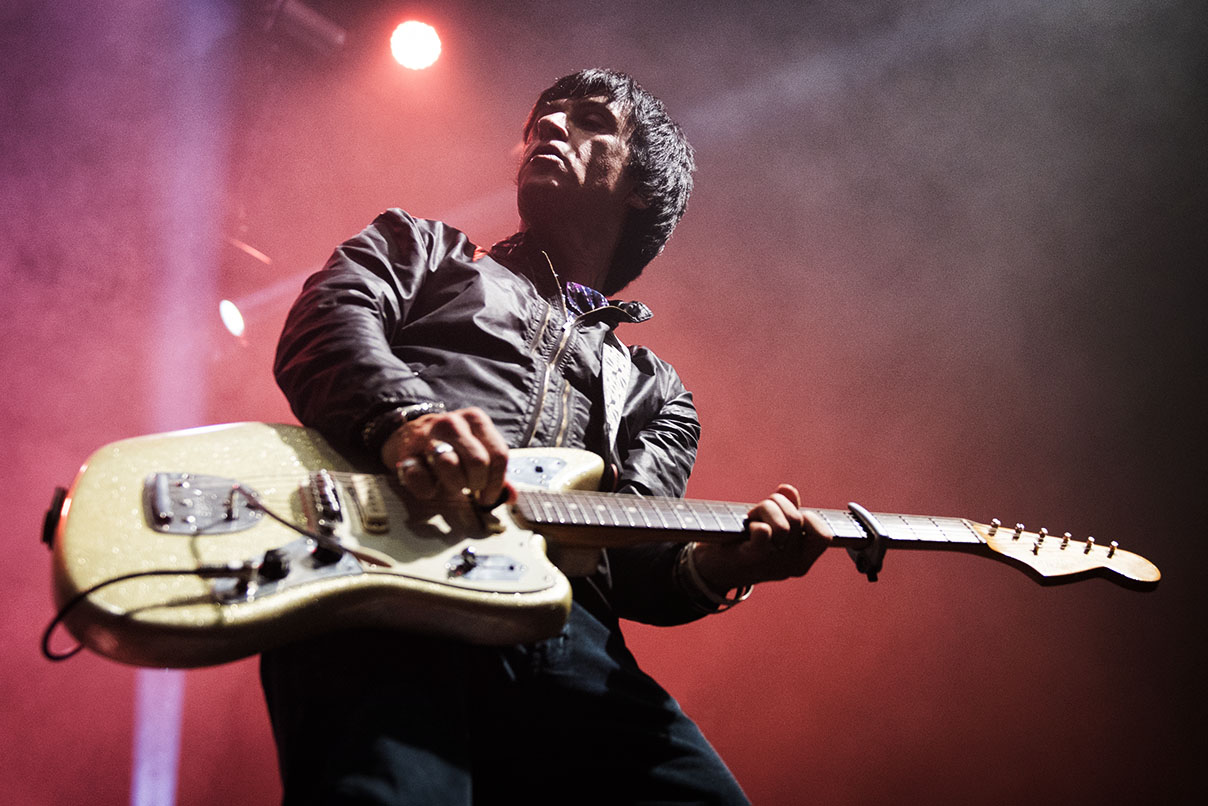 Of course, there are the crowd-pleasers, with several buns from The Smiths tossed into the throng and devoured happily. It’s unavoidable and he’s forever going to be ‘former Smiths’ and it’s a huge part of his legacy. Still,  Morrissey’s musings of yore are hollered back as Johnny provides his familiar soundtrack. It could just be a handy coincidence for us journalists to pick up on the fact that  Bigmouth Strikes Again is particularly apt, his former partner gaining more column inches for his controversial comments than his lacklustre musical offerings. Although the mirrorball and confetti cannons are concessions to a bit of showbiz they are greeted with the same sort of approval as when Johnny removes his jacket,  How Soon Is Now verges on apocalyptic. 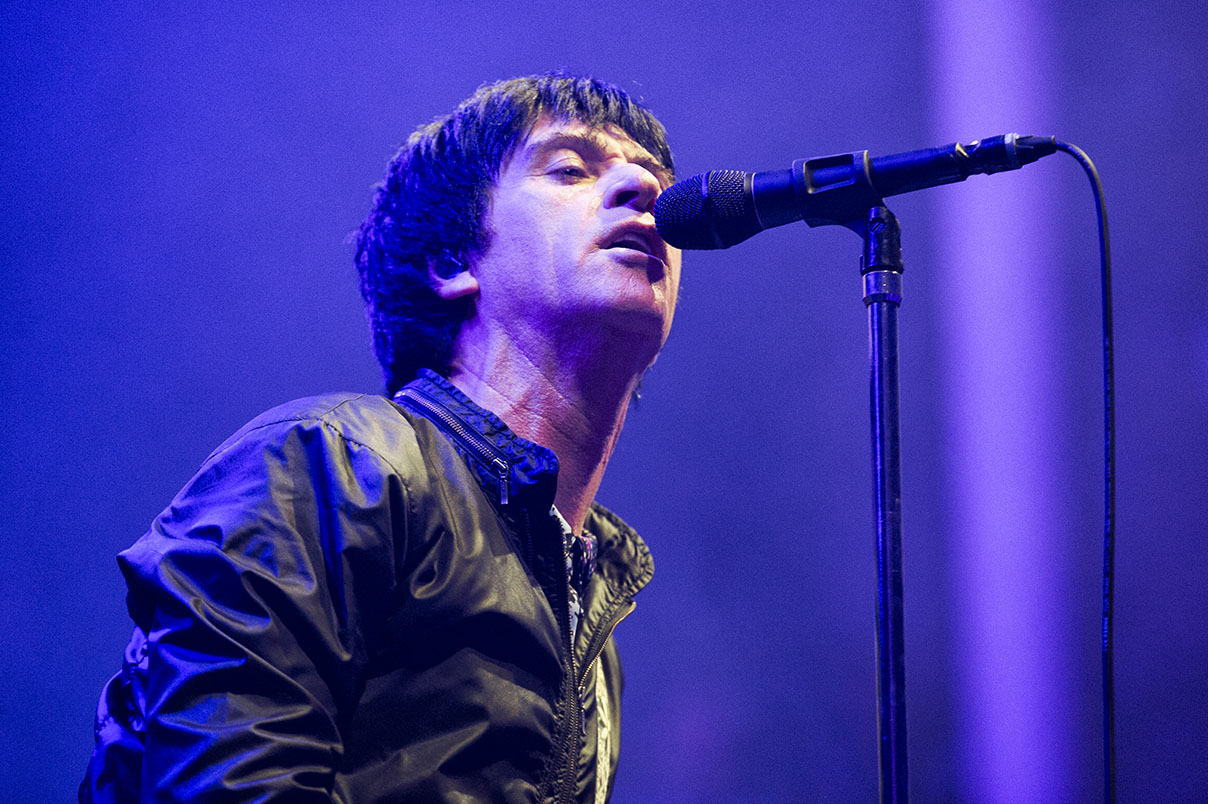 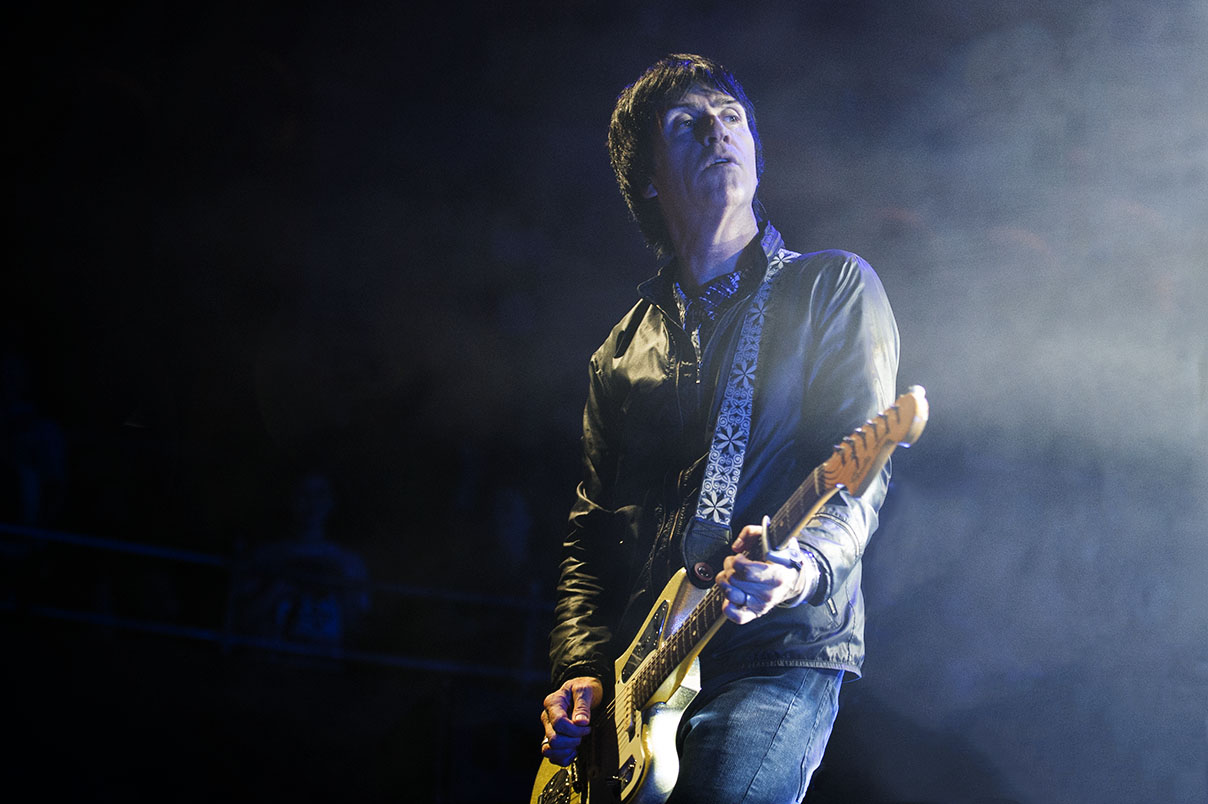 Maybe there was an inevitable element of pressure in performing to your own crowd on your home turf. There were frequent looks to the band who are very well drilled but the chance to engage in some banter after an hour – “Any questions? Any request?”…”Can we get some hummus…!”  show how he’s in a relaxed and buoyant mood and it’s working.

While Noel spouts off and manages to insult all and sundry with his Lewis Capaldi/Dave Grohl spats, Guy Garvey treads a more friendly mainstream path. The chips are down with Liam staking his own claim (and also declaring how he digs Grohl and his band) with a similar homecoming down at The Ritz later this month. However, our money’s on Johnny Marr – a top bloke who plays his marvellous music,  retains his dignity and is a genuine icon.