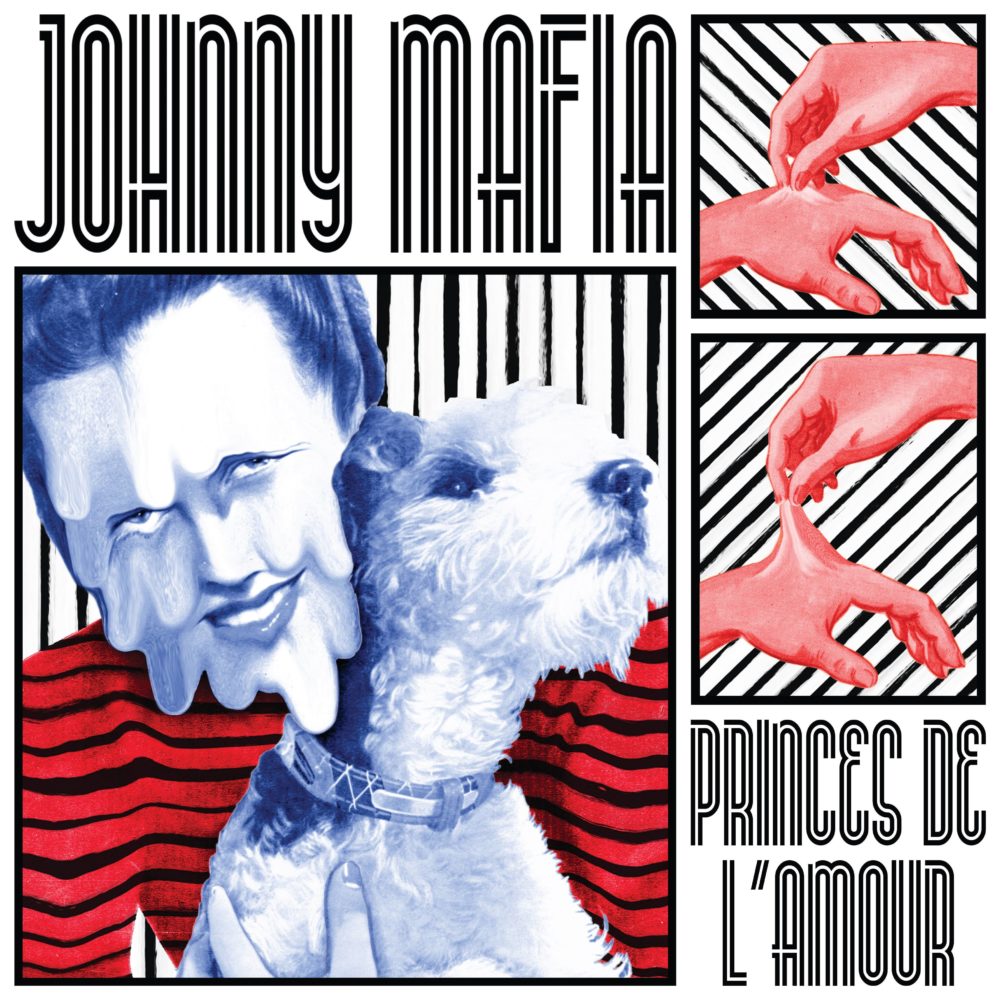 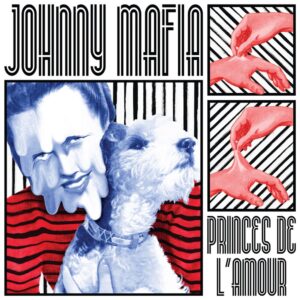 France is rising and there is revolution in the air. Off the back of a year of ever-increasingly finer garage sounds coming out of the country, young upstarts Johnny Mafia release their Jim Diamond-produced debut album – Princes de l’Amour – and showcase everything that the quartet have become known for on the live circuit as they blast through eleven tracks of fuzz and reverb drenched riot-inducing garage rock ‘n’ roll, pulling in an at times in-your-face buzzsaw grunge attack while retaining their ear for blistering melodies. It’s as strong a debut as you’re likely to hear this year and the band make a concerted attempt to be crowned kings in the album of the year lists that are inevitably in the pipeline.

The album kicks off with their June single Big Brawl, the guitar employing their signature reverb-soaked slap back sound in short sharp bursts before the melody comes rolling in backed by glorious harmonies over a Californian sun-soaked garage sound. It’s a cracking opener that hooks you right in and is a style that they employ again on wonderfully catchy On The Edge. There’s a blend of early Ty Segall’s spinning labyrinth of Nuggets-like mayhem on show throughout, during which they ramp up the fuzz or drop spiralling wailing riffs over pounding driving rock ‘n’ roll, a blend that is at its most effective on Secret Story. They pull it all off with a confidence that comes only from hammering the songs out over and over again in front of wild and salivating audiences the world over, as they have been doing recently.

Elsewhere there is a more urgent cranked up grunge touch to their songs. Crystal Clear is Nirvana’s Aneurysm for the modern garage generation, but the following Ride is the song that really hones their psyched attack, crossing Cobain with QOTSA and dropping in at the same time the crazed freakouts of Jay Reatard. It’s a spectacle to behold and puts them on par with their current grunge-indebted countrymen and label-mates Escobar. Penultimate song Sun 41 sees the band dropping off a little to bring in a more loping Built To Spill indie lo-fi vibe that creeps out to ring through walls of feedback and distortion, before they close proceedings with That Shelf, a song that brings together all the styles so far on show on this debut and even almost recalls at times a riled up and rocking MGMT in the way the double vocals run together.

On Princes de l’Amour, Johnny Mafia show that they are, and will be in the future, definite ones to watch. Their star is rising and they are cramming in a host of dates in France to celebrate the release of their debut album. It won’t be long till they once again hit the rest of Europe and the world…we hope! For now we’ll have to make do with this great record from our new princes of garage.

Watch the videos for Big Brawl and Crystal Clear below: